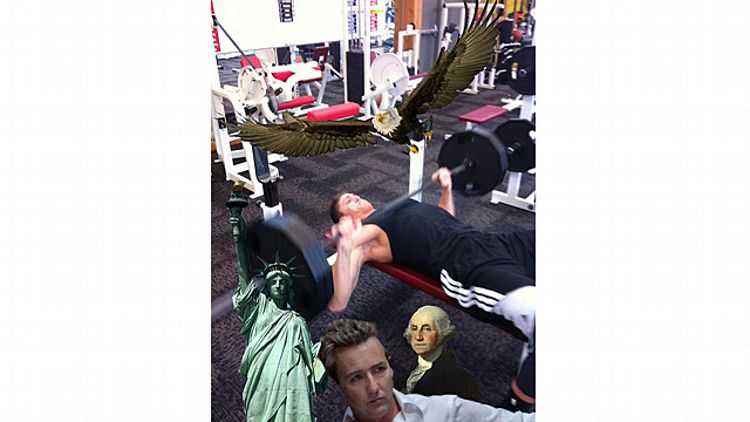 Earlier today Blazers assistant coach Todd Forcier tweeted out a pic of rookie Meyers Leonard getting some reps in on the bench with the hashtags “#Blazers,” “#vote2012,” and “#nba.” Good hashtags. Not as good as the time Hasheem Thabeet tweeted “#coolmemory,” but still good. We really have nothing to add to the sentiment, but did add some flourishes to the photo. Go to your polling station, put Daniel Day-Abraham-Lewis-Lincoln in your heart, and bench-press some democracy.

About Last Night: Democracy in Action