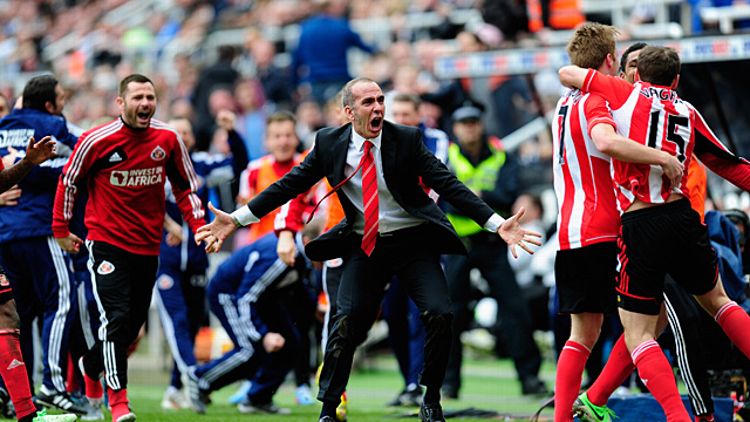 Old-school fan violence reared its ugly head this weekend, from the hallowed terraces of Wembley to the streets of Newcastle upon Tyne. Even hardened criminals from the depths of Her Majesty’s Prison Service were in disbelief over the audacity of one horse-punching Magpie supporter.

Somewhere amid this nonsense, football was played, and in this week’s suboptimal podcast the Men in Blazers consider it all — from the Chelsea–Man City FA Cup semifinal to Everton’s continued late-season form, courtesy of a win against relegation-threatened QPR that sent Harry Redknapp into his ritual comical rage. Now, with just a month left in this Premier League season, Michael and Roger handicap the race for Arsene Wenger’s coveted “fourth-place trophy.”