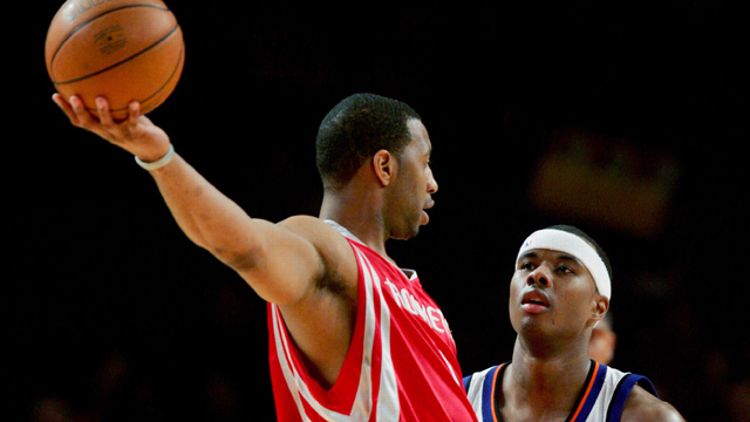 Yesterday, as teams began to prepare either for the postseason or a summer full of Yelping “fun things to do in Charlotte,” two monster acquisitions took place, shaking the foundation of the National Basketball Association.

• The San Antonio Spurs signed Tracy McGrady for the remainder of the season.

• The New York Knicks signed Quentin Richardson for the remainder of the season.

If “monster” and “shaking the foundation” seem like reaches, it means you are wearing your “basketball abilities” hat.

Take it off. Burn it.

Humans with laptops and websites will try to convince you one of these players will be the missing puzzle piece who takes his new team from a conference finalist to a championship contender.

These same humans may use words such as “veteran” and “moxie” and “old-man strength.”

Ignore all of that.

The only reason that you, fan of things, should be excited that two teams have made these 25th-hour acquisitions is because both men are easily forgettable cultural icons of days gone by, and, for a limited time only, are back in some form of limelight.

We must cherish this time we have with them. As we do that, let us not forget the gifts they have given us, for said gifts are plentiful and hilarious.

THE TIME TRACY MCGRADY SCORED 13 POINTS IN 33 SECONDS AND THEN ADIDAS KIND OF MADE A COMMERCIAL ABOUT IT.

THE TIME QUENTIN RICHARDSON WAS ON 106 & PARK AND THEN WAS IN A COMMON VIDEO WITH CARMELO ANTHONY.

THIS PINTEREST PAGE ABOUT ALL OF TRACY MCGRADY’S SHOES.

A WATERMARKED IMAGE OF THIS ALMOST FAMILY.

THE HEROES WE NEEDED, BUT DID NOT DESERVE.

Q-Rich and T-Mac are back. This is incredible news. Let’s celebrate all the time we have with them, before they inevitably run into the Heat and Thunder and then it’s all over.

Sometimes it’s bigger than basketball. This is one of those times.