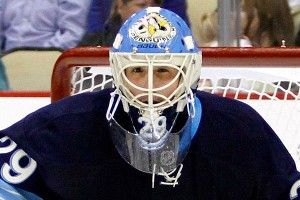 
Of course, Fleury would get the last one, making a diving stick save on another point-blank Mitchell attempt late in the third period. (“Miller Gets Shafted,” read the NHL.com’s headline.)