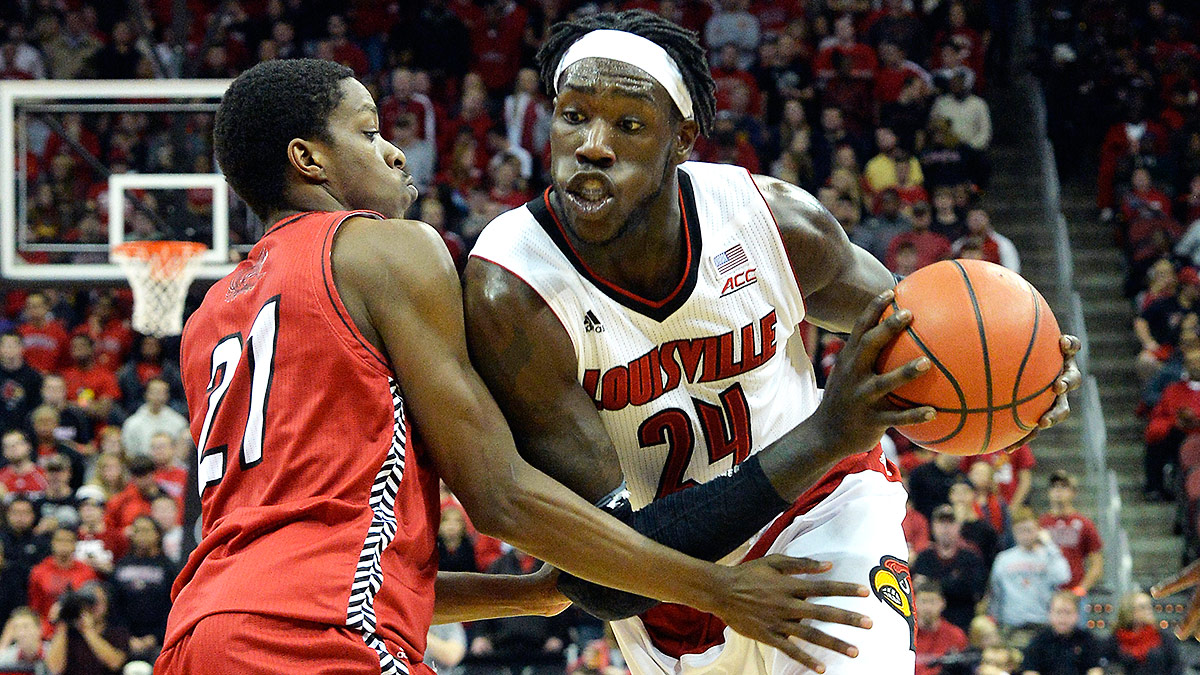 Last year, Grantland’s Jonah Keri unveiled a list of what he called the “BestCoolest” baseball players he’d ever seen, sidestepping the idea of “best,” which is often quantifiable and therefore not very interesting to argue about, in favor of a more fun way to measure greatness. As he put it, “This is more of a hybrid approach, combining the best players of the past generation with the coolest ones, the ones that were the most fun to watch.”

I love this idea, and as fun as BestCoolest is for baseball, it’s even more ideally suited to basketball, a sport in which painstaking and illuminating empirical analysis is routinely discarded when we like a given player or team best. There’s more style, emotion, and creativity in a good high school hoops game than there is in Game 7 of the World Series. We’re not less able to look at basketball objectively than we are baseball, we’re just less willing.

This is a relief for me, because the idea of BestCoolest will become particularly relevant tonight at 9:30 p.m. ET, when no. 5 Louisville hosts no. 14 Ohio State in the ACC/Big Ten Challenge. If you tune in, you might notice a large man named Montrezl Harrell.

You probably know Harrell by now: He’s played in a national championship game, and in last year’s NCAA tournament, he and Kentucky’s Julius Randle turned a Sweet 16 game into a monster truck rally. But tonight represents Harrell’s first test of the season against top-flight competition and his coming-out party as college basketball’s BestCoolest player.

Even among basketball players, Harrell stands out for his size. Being 6-foot-8 is nothing special in the ACC, nor is weighing 240 pounds, and even when you put all that together with a 7-4 wingspan, Harrell’s measurables don’t make him conspicuously huge. But on the TV screen, he looks like a ringer. He doesn’t set screens — opposing guards are unable to escape his gravitational pull and are roped in, crushed, and added to his mass. If the NCAA let that episode of MythBusters where they vaporize a car with a rocket sled play basketball, it’d look pretty similar to watching Harrell run to the basket in transition.

So Harrell’s huge, but not unprecedentedly so. It’s the way he moves, though, that makes him special. Harrell is one of the best and most persistent dunkers in college basketball without being tremendously aggressive or springy about it; he lifts his arms and ascends toward the basketball, and when he does so you come to appreciate the physics of the game, the sheer force required to lift something that big that high into the air. It’s like watching a space shuttle lift off.

Which is not to say that Harrell isn’t graceful and explosive, or that he lacks touch or finesse around the rim. For proof, watch this video compilation of every one of Harrell’s dunks from the 2013-14 season. It’s … excuse me, I’m having trouble not giggling … almost 14 minutes long.

Sure, you might say that anyone that big and that fast can throw down dunks for Louisville, a program that’s had some great passing point guards and thrives on the kind of pressure defense that creates opportunities for highlight dunks in transition.

But saying that doesn’t come close to doing Harrell’s game justice. When he’s on the floor, he’s everywhere. He’s boxing out on both ends, he’s jumping passing lanes, and he’s making himself available for outlet passes after defensive stops. He’s setting a pick, then dipping to the foul line, asking for the ball, setting another pick, dragging his man out beyond the 3-point arc, setting another pick, and peeling off toward the basket to look for a putback. He is cheering and waving a towel on the bench, driving the team bus, and walking Rick Pitino’s dog. He is on his way to your house right now to pick you up and take you to the movies, and maybe if it’s not too late, he’ll take you for some ice cream on the way home.

There’s a play from Louisville’s November 21 game against Marshall that illustrates this well: Harrell was out past the 3-point line when Terry Rozier missed a jumper. Harrell followed the shot, covered the distance to the hoop in three steps, leapt past two Marshall players, collected the rebound, and stuffed it, as easily as you or I might stand up out of a chair.

A lot of what we’ve come to expect and love from Harrell is evident in that play: lots of power, with just enough finesse to get by. It was certainly enough at the end of last season. Before Harrell announced his intention to return to school, I thought that while Jabari Parker, for instance, would be a better NBA player, it’d be more fun to have Harrell on my favorite team.

Then Harrell went off for the summer and came back shooting 3s.

Finding out that Montrezl Harrell has a jump shot is like the moment in Jurassic Park when you discover that the velociraptors can open doors. He’s attempted 10 3-pointers (hitting 30 percent) through five games this year, after trying only three in his first two collegiate seasons combined. That maturation is the last piece of the puzzle for what makes Harrell the BestCoolest.

The NBA’s collusive and anticompetitive decision to impose an age limit forces players like Duke’s Jahlil Okafor, who should be playing pro ball, to make a one-year stop in college, and the best college players are almost always going to be guys like that. But college sports are at their best and most useful when athletes use the experience to grow. Okafor and his peers have nothing to gain by playing college basketball, while Harrell, over two-plus years, has matured from an energy guy to an outstanding defender and rebounder to, potentially, a complete two-way power forward who plays with finesse, relentless energy, unfair athleticism, and great style. Many of the players who are objectively better than Harrell are wasting their time in college, while Harrell’s game has improved dramatically and continues to do so. That’s always cool to see.

So while there are probably college basketball players you’d rather have on your team, there’s absolutely no player I’d rather watch.