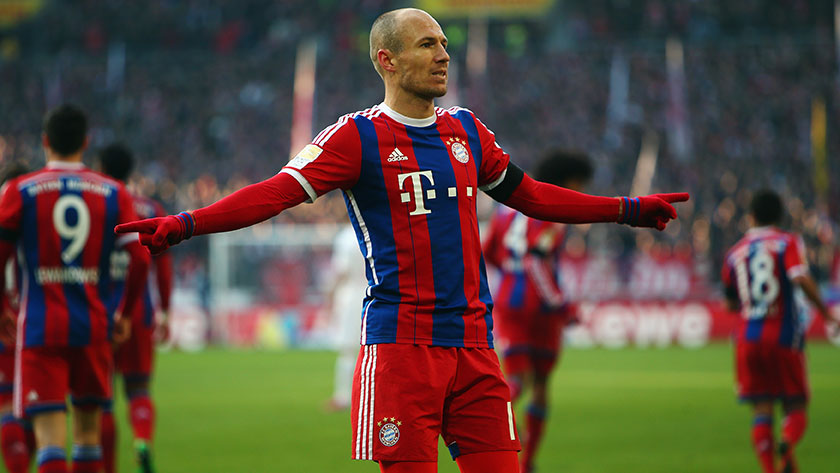 Mike L. Goodman: The city of Donetsk is in the middle of a full-blown war, so Shakhtar have been playing their home games in Lviv, and it’s showing. In a league that’s normally their plaything year in and year out, they’re only in second place, five points from the top of the table with the season in winter recess until the end of the month. Also, the talent level simply isn’t at the same height as a few years ago when Willian and Fernandinho were running the show. That’s not to say Shakhtar don’t have a new generation of promising Brazilian players; they do. Bernard functions as the team’s latest tricky standout South American attacker, alongside now-longtime Shakhtar vet Douglas Costa, who is 24 years old. Shakhtar still have plenty of talent, and they still have legendary coach Mircea Lucescu, who built the club into the powerhouse that it is, but it’s hard to see that mattering much against Bayern Munich. 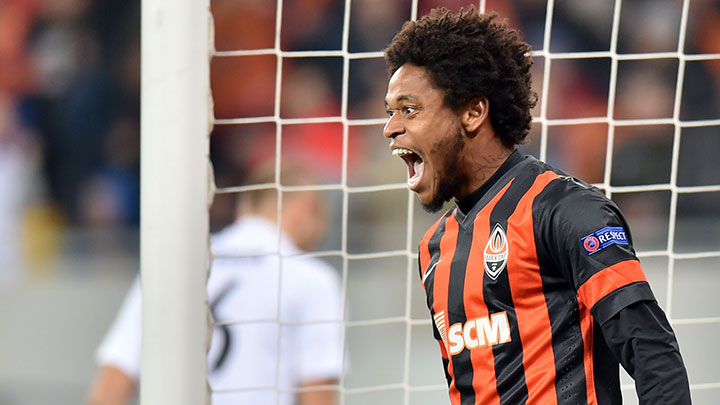 Bayern have one thing on their mind, and that’s a Champions League trophy. Two years ago, they won the competition. Last year, Pep Guardiola took over and his team was battered by eventual champion Real Madrid in the semifinals. Anything short of victory this year, and, fair or not, this season becomes another year when Bayern didn’t win the Champions League. That’s just what happens when you dominate your domestic competition so thoroughly.

Guardiola has so many weapons at his disposal and so many slightly different lineup formations and personnel options that it’s hard to predict exactly how he’ll put them all together. Will David Alaba play as an attacking midfielder or a hybrid third center back/center midfielder? Will Guardiola use wingers ahead of full-backs or go three at the back with as many center midfielders as he can fit? Will he use a traditional striker in Robert Lewandowski, a Messi-esque false nine in Mario Götze, or Thomas Müller, who lands somewhere between the two on the spectrum and completely on his own planet in terms of off-ball movement? Who knows. Guessing how Pep will play and then figuring out why he did so is half the fun.

This shouldn’t be a serious test for Bayern. That won’t happen until they get deeper in the competition.

Goodman: This is a rematch of last year’s quarterfinal, a surprisingly riveting affair in which Chelsea lost the first leg in Paris, 3-1, before coming home and making up the deficit with a 2-0 victory to send them through on the away-goals tiebreaker. They went on to get crushed by Atlético in the semifinals. One way to read that: Chelsea were pretty lucky to make the semis last year. But here’s the other: Chelsea were a semifinalist in last year’s Champions League, and that team wasn’t nearly as good as the current version.

In the second leg against PSG, Chelsea’s biggest match of last year, Samuel Eto’o started at striker. He’s only been replaced by Diego Costa, which, no big deal. Their goal scorers that day were André Schürrle, who’s now plying his trade in the Bundesliga, and Demba Ba, who’s now lighting it up for Besiktas in Istanbul — and they’ve been swapped out for Juan Cuadrado and Didier Drogba. Chelsea’s midfield, the one now bossed by Cesc Fàbregas and Nemanja Matic,1 was relying on Frank Lampard on his last starter legs (though, man, those substitute legs keep going and going) and David Luiz, who was responsible for an own goal in the first leg and is now a starting center back for … PSG. 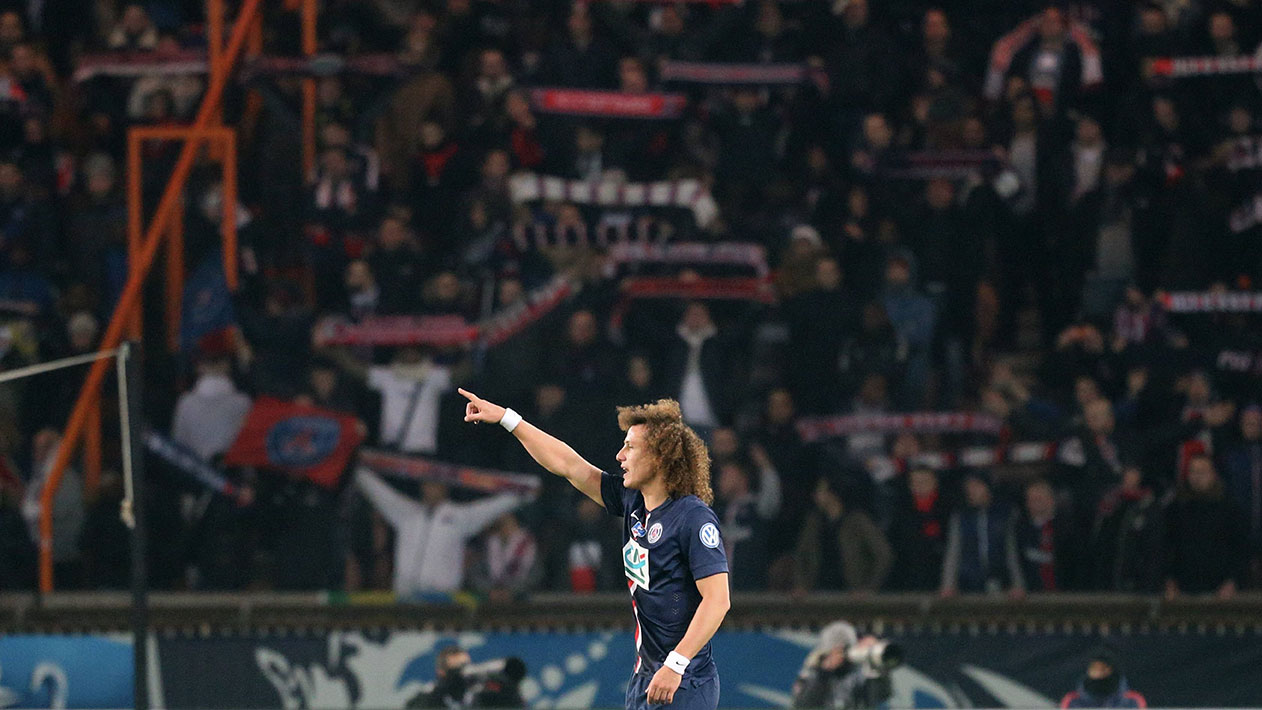 The French side is going the opposite direction — most recently blowing a two-goal lead with two minutes to go in regulation at home against 15th-place Caen. After two years of dominating Ligue 1 and barely missing the semifinals in the Champions League, now they’re struggling domestically and even reaching the quarterfinals of this tournament will be a huge ask. Other than Luiz, not much has changed with the squad since last year. Zlatan Ibrahimovic is a year older and a year slightly more fragile. Edinson Cavani is still a remarkable striker who’s forced to spend too much time on the wing after not quite clicking with Zlatan’s gravitational center. Lucas Moura and Ezequiel Lavezzi continue to function as a talented-but-flighty attacking support staff. Midfielder Marco Veratti still stubbornly refuses to make the leap everybody expects him to. Javier Pastore continues to exist. And maybe most importantly, everybody’s bad traits appear to be slowly encroaching on their good ones in Year 2 of Laurent Blanc’s post–Carlo Ancelotti reign.

It’s hard to see either side losing its momentum before this tie is over.

O’Hanlon: I’m not sure I see Chelsea losing that momentum before this season is over. All of José Mourinho’s teams seem to have this efficient, military march–style to their play — unencumbered by the frailties and imperfections of the human gait or the uneven playing surfaces in Northeast England. This team, though, approaches the perfection of that form with everything moving at hyper-speed and without the ragged, occasional unpredictability of Mourinho’s Madrid teams. Even when they don’t have the ball, it feels like there’s some kind of inevitable gravity lurking, ready to suddenly send the action the other way.

Most of that is because of Mourinho, but it’s also because Fàbregas and Matic are unbelievably good. Matic might be the best defensive midfielder in the world — a hulking free safety who’ll intercept a pass and then start playing quarterback — and Fàbregas, pushed farther back than he was with Barcelona or Spain, has an extra attacking option ahead of him whenever he’s on the ball and a bit more space to measure his passes into. The result: 15 assists in 21 starts. Who needs a three-man midfield when you have these two?

As for PSG, they’re just stale, aren’t they? Even if you buy the most expensive cut of meat you can find, it’ll still grow mold if you leave it out for too long. They have a bunch of pretty good players and Zlatan, who’s still Zlatan and could win this thing with a few seismic flicks of his right leg, but the problem is that none of those pieces seems to compliment each other in any way — unlike the team they’re about to play. I love David Luiz more than I love a good percentage of the people in my immediate family, but I don’t see this ending well for him.