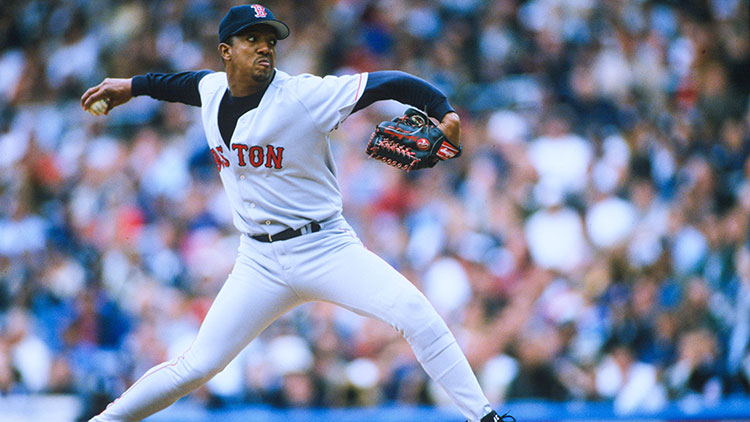 Jonah talks to Pedro Martinez about Martinez’s career in baseball, the joys and challenges of being an athlete in Boston, and why part of the pitcher’s heart will always remain in Montreal.

Below is an excerpt from the podcast:

Jonah Keri: One [thing] I want to ask you about is, you were talking about the injuries, and pretty much from ’99 on, having to go through that. Take me through a little bit of what you had to do. What were the remedies? How long were you icing your arm? What steps did you have to take to be able to go back on the field every five days?

Pedro Martinez: If you recall, sometimes someone was calling me a prima donna, saying that I was in my own program, saying that I was different. Some media members sometimes come in and see you doing something different that the other guys don’t do. It was working for me, the way I went about my program. At the same time, nobody was my size, nobody was my height, nobody was Pedro Martinez. I’m going to tell you this, because a lot of people sometimes make the wrong judgment, because they don’t understand: The routine I had would take me from five to seven hours daily to actually keep this small-frame body for 18 years live and kicking. It’s not that easy.

I would say, with all due respect to everybody in baseball, to my understanding, this is my own words: Nobody worked harder in this body, to maintain this body for 18 years that I played the game, than I did. I am the one that felt how I worked, I am the one who went to the rehabs I had to do, I was also the one that felt how my body felt. To me, it was the toughest thing to ever do, showing up every day and putting that amount of work on my body in order for me to hold. I wouldn’t suggest to anybody my height or my size, or with more abilities, to pick pitching for their career. If you can hit 30 jacks and hit .280, take that road. Don’t go to pitching; it’s really hard to do at 5-foot-11 and 170 pounds. It’s really hard to do, to maintain that for eight, nine months, sometimes, including the playoffs and World Series. It’s not easy year after year with the routine, with the plane ride, with the bad food, and being a bad eater. I was a picky eater, so I had to get milk and cookies sometimes between games and all that. It’s not an easy task.

So whoever doesn’t strap it on really, really well, better not [be] taking on pitching, because we get used to pain, we get used to treating our bodies like shit. We had to put up with a lot of stuff in order to maintain those bodies for such a long time. I sometimes can understand why some people run to the short path and do different things. I chose not to, so I took the pain. If you’re not ready to take pain, don’t take on pitching, because you become a masochist and you pretty much have to deal with pain every day and hard work every single day. Some of the hardest work you can ever think of, you’re going to have to take on if you want to have a long career like I did.