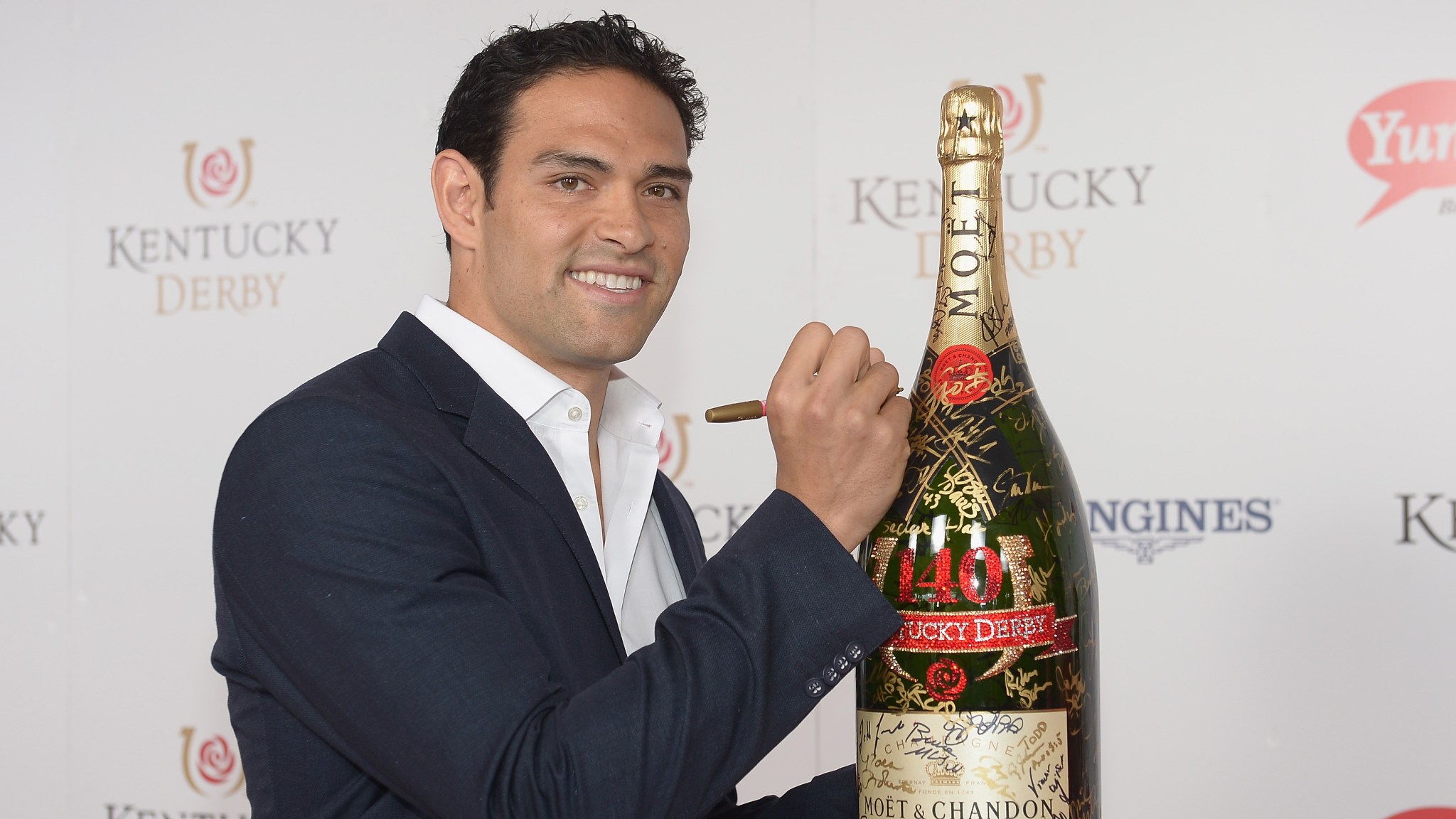 Mark Sanchez has stared into the abyss. During his time with the Jets, born into the NFL as a starter, he sniffed the peak of his profession, his first two seasons ending in AFC Championship Games. And from so high up the mountain, the abyss looks even deeper and abyss-ier — its abyss-ness, the irrelevance and obscurity it suggests, seems far more intense than it would to the rest of us, who have not stood on the mountain with Sanchez. We, the proles, can’t even really see into the abyss; we don’t have the perspective. We’re at the lip. Sanchez could see into it.

Now, backing up Nick Foles on the Eagles, Sanchez is smiling. That’s interesting, Sanchez smiling. You wouldn’t necessarily expect a guy who lost his primo gig and became the laughingstock of the NFL — I’d list the indignities, but at this point, it’d be like reciting Brad Pitt’s IMDb page — to be smiling.

This isn’t me doing psychology; I’m avoiding psychology, because the spotlight of fame moving off you does different things to different folks. Plenty can’t deal with it. Some can, but it turns them into new people, because it makes sense that you’d be new if everyone could see you all the time, and then, all of a sudden, they couldn’t. I don’t know Sanchez, and I don’t know how he feels about that whole movement of his life.

In practical terms, though, Sanchez is sliding into one of the best gigs in sports. Backup quarterbacks are paid handsomely to provide peace of mind. They do this mostly in the dark, with a clipboard and a headset; they don’t get hit by human missiles, and they don’t occupy the role of dartboard for the fans. They just work. In a landscape that most values glory and raw accomplishments, it’s counterintuitive to think that being a backup quarterback could be comparable, or even better, than being the starter. But what we often fail to appreciate is that, for many guys, football is work, in the same way our work is work. It’s a job. And think of it this way: For the last two years, Mark Sanchez’s job has not been fun. With the Eagles, for the first time in years, he’ll have the chance to create a new rubric for what it means to enjoy himself, and his work.

Think about it another way: Going into 2014, who would you rather be? Mark Sanchez, secure as the backup for the Eagles, a guy who can make a bunch of money and just exist? Or Matt Schaub, tasked with the Sisyphean project of salvaging the Raiders at the moment his powers are starting to fade?

Schaub’s ceiling is higher, but his floor is the abyss. Sanchez just has to be better than Matt Barkley.

There’s precedent here. David Carr spent five miserable years getting abused behind the Texans’ papier-mâché line before graduating to the relative serenity of six seasons as a backup and spot starter. Kerry Collins slunk away from the Panthers in disgrace, then managed to put together an endless career that included some quality starting work with good teams, not to mention a Super Bowl appearance. Rex Grossman, Byron Leftwich, Jason Campbell — these guys, first-round picks like Sanchez, all burned out in the early going, then made careers for themselves out of the wreckage, saddled with far lower expectations.

Would Mark Sanchez prefer to play in the AFC Championship Game every season? I’m guessing yes. That he seems to have accepted this as a non-option — that he’s willing, after the strife and embarrassment of the Jets, to be normal — means that, at the very least, he has a chance to be satisfied.