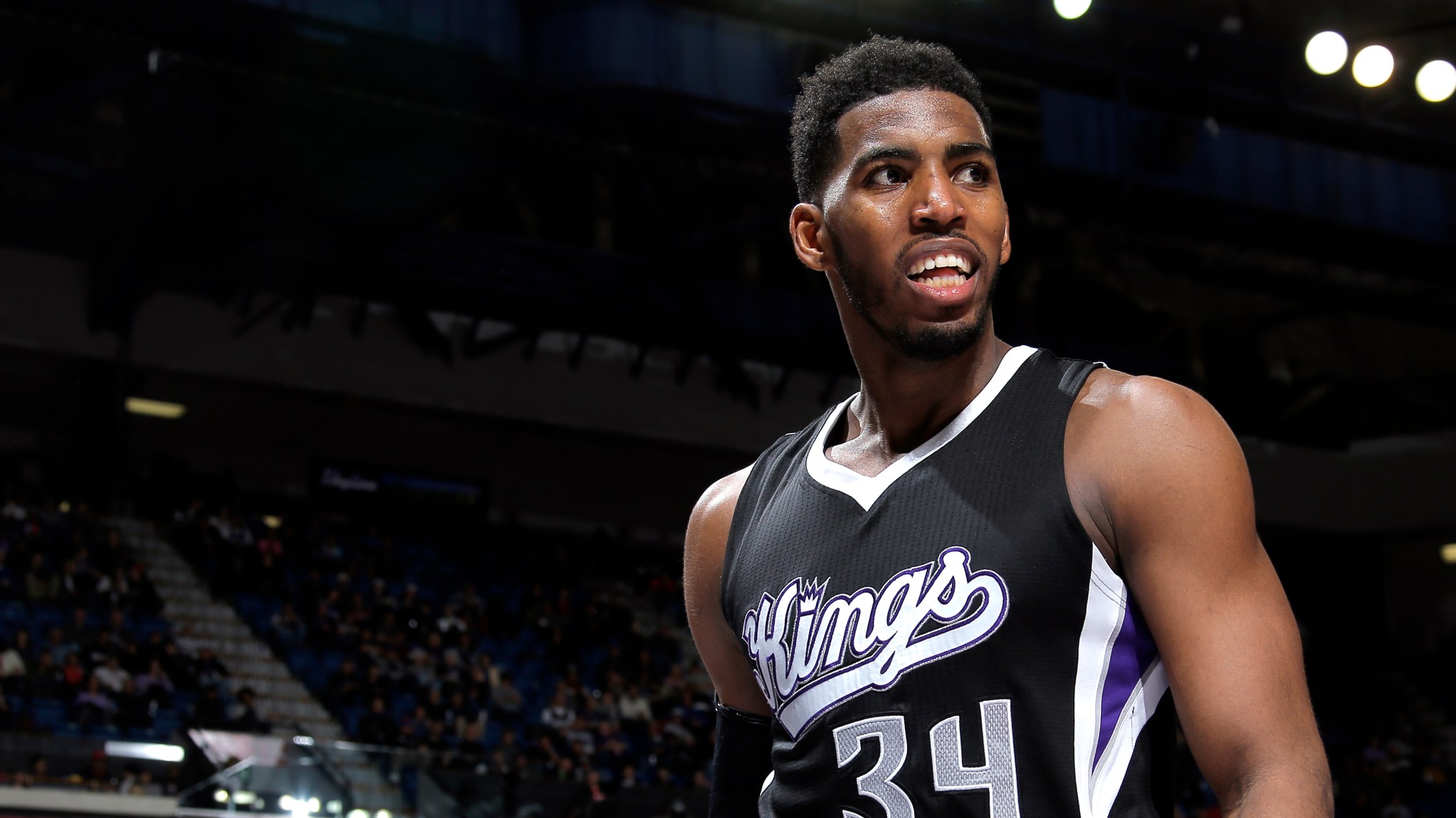 On Friday, Jason Thompson played his 519th game as a Sacramento King, making him the longest-tenured King ever. That means no one — not Chris Webber, not Peja Stojakovic, not Mitch Richmond — has played more games as a Sacramento King than Jason. Freaking. Thompson.

Kings fans have always regarded JT with mixed emotions — somewhere between resentment and “meh.” As the last stain of the Maloof era but also the longest-tenured King, he’s basically the NBA equivalent of Kristen Wiig’s Greta Van Susteren impression.

That feeling makes sense. Despite being a former no. 12 overall pick, Thompson has never averaged more than 12.5 points per game or been part of a team that’s won even 30 games.

At the same time — like so many Kings — he hasn’t exactly been put in a position to succeed. Thompson has played for seven head coaches in as many years, has been surrounded by a mostly terrible roster, and has been at the center of trade rumors nearly every season he’s been in Sacramento, despite having a bloated $6 million-per-year contract through 2016-17.

“Man, it’s been tough. For me, it’s kind of the same stuff that happens every year — new coach, new system, new players.” said Thompson in 2014, before the coaching carousel1 this season.

There are two rituals the Kings and Thompson go through every year. The first is the offseason tradition of bringing someone in to try to take over the starting power forward spot.

The Kings brought in Carl Landry in 2010 to replace him (didn’t work), traded for J.J. Hickson in 2011 (a disaster), drafted Thomas Robinson in 2012 (ditto), and then tried to bring in Landry again in 2013 (didn’t work, again). One year the Kings even tried starting the season with Patrick Patterson in the starting role (nope). Despite starting in 76 percent of the games he’s played for the Kings, Thompson has only been the starter on opening night three times.

So of course the first thing George Karl did in his first game as head coach was bench Thompson in a “reshuffling” of the lineup. Thompson was back playing with the starting unit by halftime and has started every game since.

The second Thompson tradition is the team trying — and failing — to offload his hefty contract before the trade deadline. He’s been a part of trade rumors since at least 2010 and has shown up on the trading block nearly every year since.

This year, though, was the first time that JT reportedly requested a trade. Thompson quickly denied that report.

“It wasn’t accurate, but it’s always something different from year to year,” he told The Sacramento Bee.

Thompson said he would never request a trade. That might be lip service, and it’s hard to say what even constitutes “loyalty” for a professional athlete who has been openly shopped the way Thompson has, but he has stuck around for what is definitely the worst seven-season stretch in Sacramento Kings history.

Thompson could not have picked a worse time to arrive in Sacramento. When he was drafted, in 2008, the team had missed the playoffs the previous two seasons and was in the midst of a full-scale rebuild. You know it’s bad when the owners are trying to sell fans on the idea of Kevin Martin and Brad Miller leading the team. The turbulence that followed — the losing, the drama, and the near-relocation of the franchise — couldn’t have made things easy.

It would be nice if his story ended with some kind of redemption, where Thompson finally blossoms into the player fans thought he could be when he was a lottery pick in 2008, but he’s actually having one of the worst statistical seasons of his career. Thompson has started nearly every game this season but has a career-low PER of 9.0. He’s doing Jason Thompson things — hustling, grabbing a few tough boards — but otherwise he’s having a down year that could turn into the downside of his career.

Thompson has played in 358 losses as a King. If I could give Sacramento’s longest-serving player one thing for that achievement, as weird as it is, it might be a new start somewhere else. He deserves it.