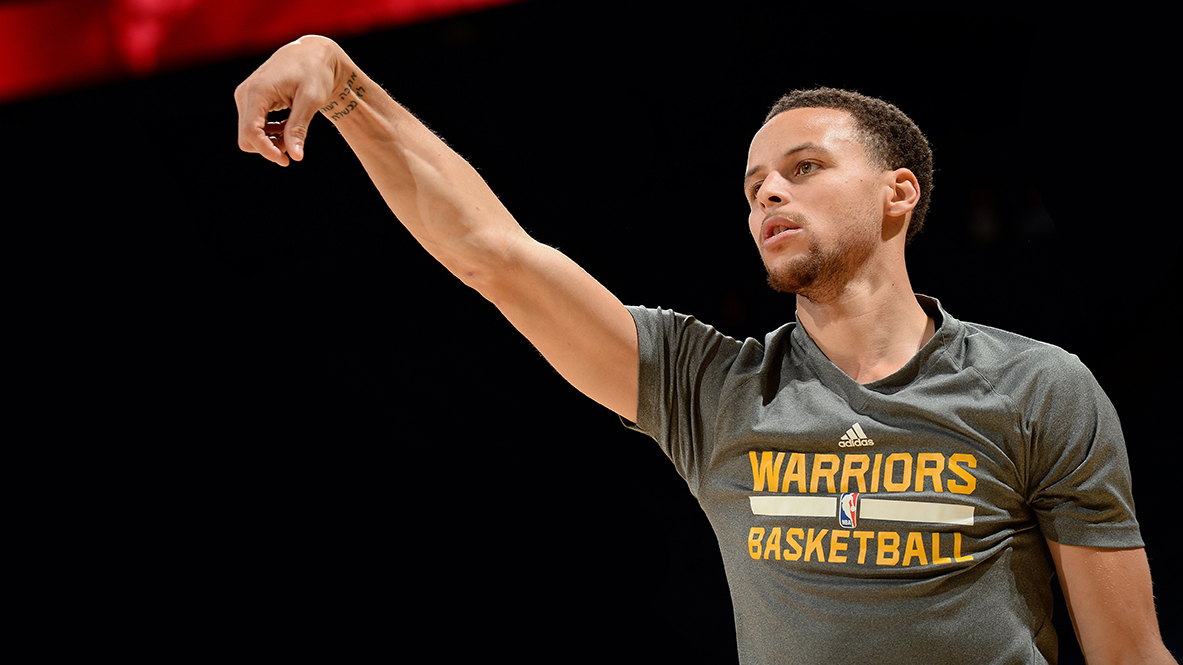 The genius of the NBA MVP Award is its lack of defined criteria. Here, the ancient parable about the blind men and the elephant is instructive.

A group of blind men are asked, presumably by a complete asshole with too much time on his hands, to describe an elephant. Using their senses of touch, each blind man “observes” a different part of the beast — its pointy ivory tusk, its serpentine trunk, its imposing flank — and each comes away with a distinctly different, and objectively true, version of what an elephant is.

For our purposes, the elephant is the word “valuable,” and the blind dudes are all the parties with an interest in defining which NBA player is the most elephant. As in the parable, the blind person’s position relative to the elephant is often the most important factor in determining what he or she observes. It should surprise approximately no one when team executives, coaches, beat writers, bloggers, and fans pick a player who plays for the team they work for or are paid to write about or follow to be their MVP. Shocking news: Daryl Morey believes James Harden is the MVP, while Steve Kerr disagrees.

As such, an MVP pick, especially in seasons with no clear-cut favorite, often says more about what a basketball fan values than about how intrinsically good the respective candidates are. Back in 2010-11, if you were into efficiency stats and possession-based numbers, you had Dwight Howard as your MVP; if you come from the more traditional “best guy on the best team” school of thought, as many were, Derrick Rose was your guy. Charles Barkley (1992-93) and Karl Malone’s first MVP wins are due in large part to people just being tired of Michael Jordan winning everything. Steve Nash’s back-to-back (2004-05, 2005-06) MVP wins are a particularly fertile Rorschach test: either a celebration of a revolutionary high-octane offensive style of basketball or a racially tinged sympathy vote. Maybe it was both!

So, in honor of the most wide-open MVP race in years — in which traditional consensus choices LeBron James and Kevin Durant have been marginalized by MJ-style win fatigue and injury, respectively — let’s take a look at the top three MVP candidates and what each choice says about you.

The argument for Curry as MVP: Best player on the best team.

The Golden State Warriors are 49-12, the best record in the league. They have the league’s best net rating, plus-11.6, which is almost double that of the next best team, the Atlanta Hawks, at plus-6.4. Stephen Curry is Golden State’s best and most important player. He’s tantalizingly close to achieving a 50/40/90 season and, if the season ended today, Curry would have the fifth-best true shooting percentage for a season in history (among players who took more than 800 shots in their respective campaigns). He leads the league in real plus-minus (8.55) and 3-pointers made (200) and attempted (475), and leads the NBA in steals per game (2.13).

An improved defender, Curry is third among point guards in defensive plus-minus (1.67). Steph’s uncanny combination of handle, vision, creativity, and sniper-scope shooting range allows him to dribble in and out of defenders and drop 3s with an ease that at times approaches omnipotence. When his swag meter tops out, he doesn’t even need to see his shots drop.

If there’s anything holding Curry back in the MVP debate, it’s that he, and the Warriors, have been so good all season, there’s basically nothing to talk about. His consistency is taken as a matter of course, and he doesn’t represent a particular basketball ideology, which means Curry-related takes are never more than lukewarm and therefore less fun to argue about.

Steph Curry is your MVP if: You unironically listened to more than five hours of Latino Mix 105.7’s three-day-long loop of Nelly’s “Hot in Herre,” or know what the top five performing mutual funds of 2014 were.

The argument for Harden as MVP: Most irreplaceable player on his team.

There has never been a player more perfectly suited to his team’s overall philosophy than James Harden. He is a thoroughly modern guard, efficient offense seemingly part of his DNA. With his meticulously crafted footwork, deft ballhandling, viselike grip, and incredible ability to tempt defenders into reaching, Harden could probably bait Wilt Chamberlain into committing his sixth foul.

Harden has a .536 free throw rate (highest among guards and eighth-highest overall), and has attempted (599) and made (520) something like 140 more free throws than the next-highest player in either category this season. He leads the NBA in WAR (13.72). He is a self-styled swag champion who emits a louche brilliance, knifing to the rim to draw a foul on LeBron James one play, and crouching-beard/stir-the-pot kicking him in the nuts the next. Because of Harden, the Rockets have thrived despite Dwight Howard’s extended absence. Of all the MVP candidates this season, Harden is the most representative of a basketball worldview: the post-Sloan devotion to process-over-results efficiency.

James Harden is your MVP if: You know what WAR is and use it in basketball arguments, or your hero is that guy who exploited a loophole in a pudding brand promotion to accrue more than a million free air miles and an $815 tax write-off.

The argument for Westbrook as MVP: The player with the most memorable games and moments.

Russell is, for the moment at least, the league’s leading scorer. His recent streak of four triple-doubles in a row is the longest streak of triple-doubles since the great Michael Jeffrey Jordan had seven straight in 1989. Russ is averaging 34.3 points, 10.2 rebounds, and 11.4 assists over his last 10 games. His 49-point, 15-rebound, 10-assist nuclear detonation against the Sixers on March 4, after sitting out one game with a hole in his face, is tied with back-brace-era Larry Bird for the highest-point-total triple-double since 1985.

Westbrook is an engine that transmutes real and/or imagined slights into rage, and rage into pure athletic force. He has three modes of play: attack mode, super-attack mode, and Death Star. In his current run of form, Westbrook is an appointment-viewing player for his innate ability to rampage 94 feet like the Mongols sweeping onto the plains of Russia.

There’s the hint of a shadow underneath these pyrotechnics, in that luck, logic, and the existence of Derrick Rose1 would suggest it’s biologically improbable that Westbrook’s ostensibly human physiology can sustain this level of play. Westbrook may evolve into a more polished player, but I don’t know if it’s possible that he could become more devastating.

Russell Westbrook is your MVP if: You have extremely detailed road-rage fantasies and loved John Wick, or have strong feelings about specific Call of Duty maps.

Free-Agent Roundup: Why Suh’s Contract Will Drown the Dolphins