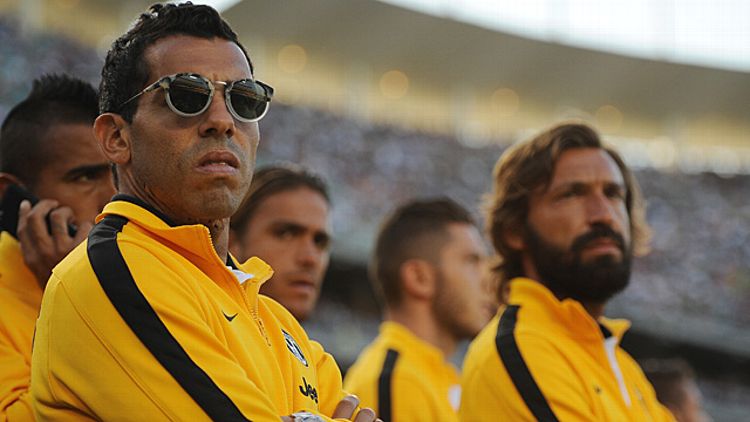 Tonight, at Sun Life Stadium in Miami, Real Madrid will play Chelsea in the final of the Guinness International Champions Cup, this summer’s version of the now-annual American tour of friendlies by (mostly) elite European clubs. The ICC kicked off last week and has featured seven European teams — Madrid, Chelsea, AC Milan, Everton, Inter Milan, Juventus, and Valencia — and one MLS team: the L.A. Galaxy. The games have been played throughout the country and included the first-ever soccer matches at Dodger Stadium, where Real Madrid faced Everton, and Juventus played the Galaxy in a double-header on Saturday night.

The event culminates in the “Championship Round” games, all of which will be played at Sun Life Stadium, home of the Miami Dolphins. And for good reason: It was Dolphins owner Stephen Ross, and his RSE Ventures firm, that organized the competition. But these tournaments aren’t exactly a new trend.

In 1960, Bill Cox, a former owner of the Philadelphia Phillies, organized the International Soccer League, which ran from 1960 to 1965 and featured teams like Bayern Munich, Dinamo Zagreb, West Ham United, and Everton. His basic idea: There was a market of American fans who wanted to see quality soccer, and he thought the best way to meet that desire was to import European teams.

Over the years there has been a handful of other such tournaments. From 1987 to 1990, Philip Morris — that’s right, Philip “flavor country” Morris — hosted the Marlboro Cup. In 1997 there was the Reebok Cup. The World Series of Soccer ran from 2005 to 2007 and included a few select MLS teams — the Chicago Fire and D.C. United — along with elite European clubs like AC Milan and Chelsea. And from 2009 to 2012, there was the World Football Challenge.

One has to wonder: What’s the value of seeing Chelsea field 15 or more players against Real Madrid in an exhibition match — even in person, in Miami — when in two and a half weeks you can watch them play Manchester United at Old Trafford on TV?

I’ve attended a handful of these matches over the past two years, and I’d argue that the value is in watching these teams perform live. Television distorts the pace of the game, limits how much of it you can see and hear. When you watch a Chelsea, Madrid, or Juventus in person, you get a fuller understanding of how they conduct a match: their formation, their speed of play, the work the players do off the ball. The game moves and unfolds with a natural energy that is impossible to feel when you watch it onscreen. I went to the Galaxy-Madrid game last summer, and I came away with a clearer sense of the tactical and technical abilities that made Madrid superior to the MLS champions.

So there is a benefit to American fans. But there is an even greater benefit to the American players. Landon Donovan, coming off a stellar performance in the Gold Cup, has had the chance to play against the world’s top defenders. Robbie Rogers, still working on returning to his form, got valuable minutes against Juve and Real Madrid. Against Juventus, Robbie Keane played with his usual intensity, taking on defenders, hungry for a goal, clearly seeing this chance to play against the top defenders in Serie A as an opportunity to challenge himself.

But it’s the young MLS players who get the most out of these competitions. Nineteen-year-old Galaxy forward Jose Villarreal played a full half against Juventus, and against Real Madrid he beat Luka Modric off the dribble and scored this blast.

Omar Gonzalez, whose position in the USMNT starting lineup is still not guaranteed, had the chance to mark Cristiano Ronaldo, Karim Benzema, and Alessandro Matri, and scored against Gianluigi Buffon.

The unfortunate thing about the Guinness International Champions Cup is that it has included only one MLS team. In decades past, in the previous incarnations of these competitions, no American club side was good enough to compete with the world’s best. But in recent years, MLS teams have played a solid role in these exhibition competitions: Four MLS teams played in the World Football Challenge last year. The ICC has given American fans the chance to view world-class players in person. It would do better to grant more of our professional players the opportunity to compete against them.