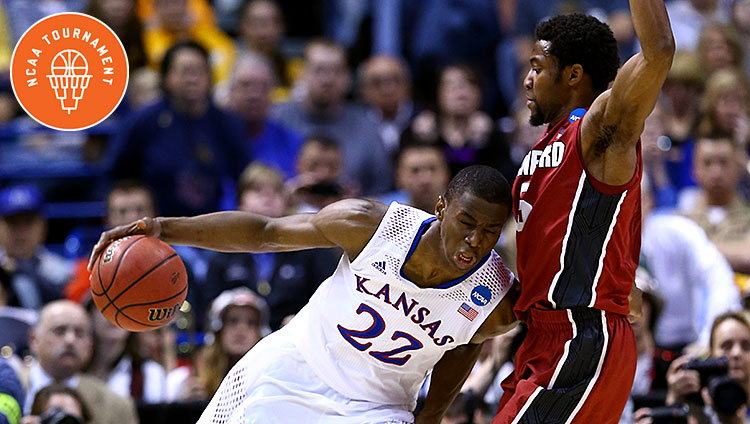 So much for well-established media narratives! The results from the NCAA tournament’s first weekend saw hope dissolve in a cloud of chalk; Wiggins, Ennis, and Parker are out, Wichita State is 35-1, five teams from the country’s strongest power conference are out, and three from its weakest (including the sometimes maligned, freshmen-centered Kentucky) are through. Archie Miller is a household name. Cuonzo Martin is a hero, and Coach K is at home. After the first weekend, nothing was the same.

Above everything else, 2014’s tournament provides another exhibit of how much parity is on display in the modern Madness. It might be harder to win six games in a row than ever. Spotlights hit NBA lottery picks early and often throughout the season, in that ever-futile attempt to stimulate the indifferent appetites of the larger NBA audience; and young and imbalanced teams like Duke and Kansas faltered while steadier squads, like UConn and Michigan State, spared the distracting glare of the next level, prospered. Kansas’s Sunday loss to Stanford was a painful realization, another reminder of the simple platitude that to win a lot of college basketball games, you need a lot of guys who have played a lot of college basketball (and also just maybe steady play at the point guard position). As a Kansas lifer, it wasn’t as much an awakening — I saw three similar Kansas teams flame out hard before aligning for the 2008 title — but I bought into that preseason narrative. How could I not?

A Sports Illustrated article previewing the season compared Andrew Wiggins and Danny Manning, side by side. Bringing Danny Manning’s name into the equation accelerates the plunge into some kind of fantastical, perilously imaginative and intoxicated dream state. The hangover will last for weeks.

Given the hype crescendo that preceded the season, and how that early and violent cycle made the season feel like it was years long, the window slams shut that much harder. Future Wigginses and Parkers and Smarts will continue to come and go, especially as age-limit hand-wringing drones on and on. This tournament is not the end of dazzling prospects aiming to Carmelo-ize March. While this Kansas loss stings now, a longer, more mellow sense of melancholy sets in; the happiest moments on the floor (and off) involved the precocious Hakeem-clone Joel Embiid, who I fear won’t ever put on a Kansas jersey again. Embiid played with joy, and it was addictive watching him figure out his gifts in real time. Seeing that snuffed out, even momentarily, makes for a blue feeling.

So, I’m going to hold on to those Dream Shakes, those long pivots on the baseline, for as long as I can. Another season is over before I was ready for it to be and a lot of preestablished story lines have been toppled, yet the tournament churns on in the face of oncoming change. For 16 teams, there’s a lot of basketball left.