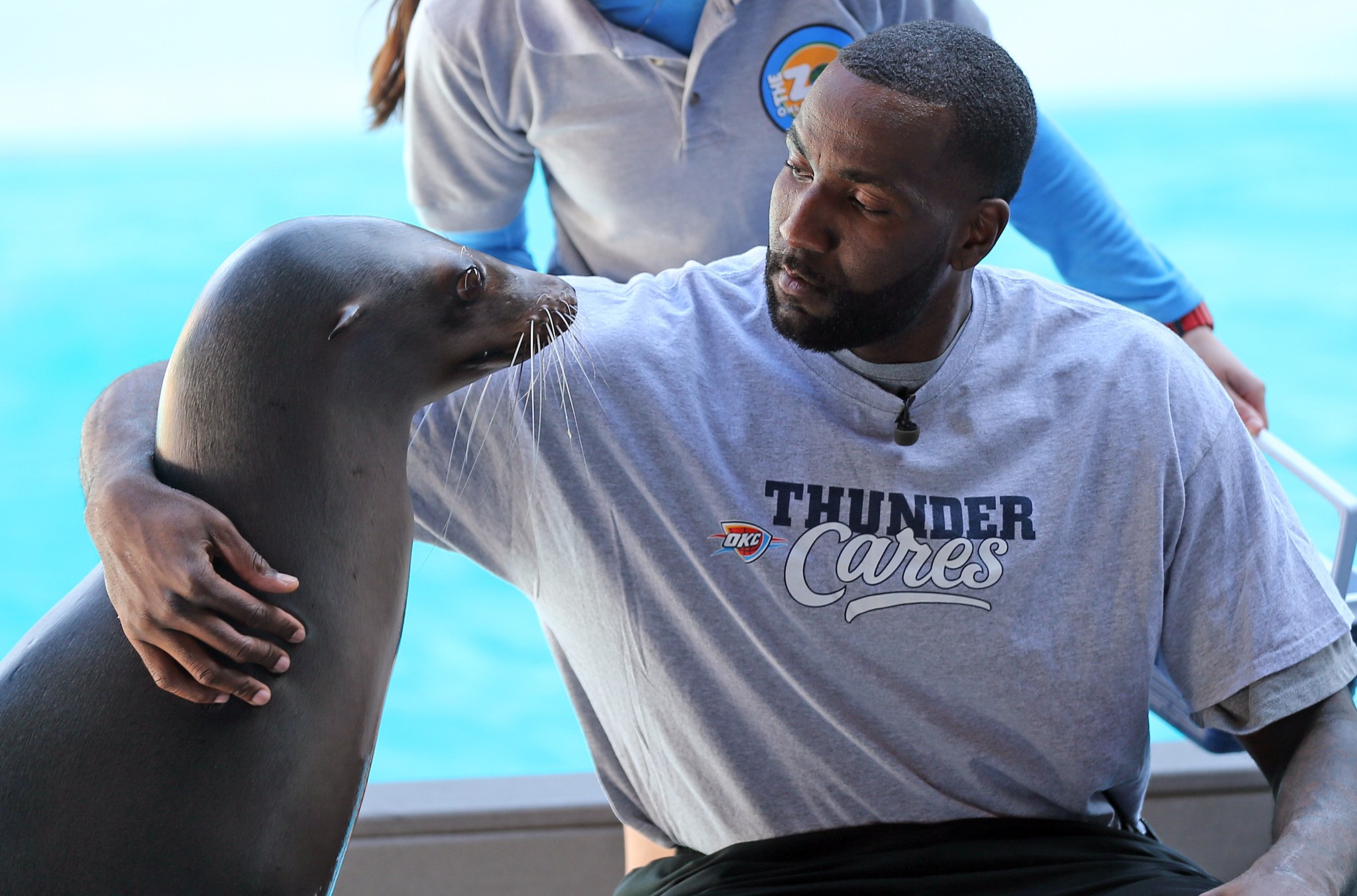 There’s no way Perk has smiled more than five or six times in his life, but one of them came this weekend, so it’s a glitch in the universe that demands our attention. It all happened Sunday, when the Thunder were visiting the Oklahoma City Zoo to help usher in the spring.

It included a stop at the sea lion show, which included some face time with the most shameless groupies of all, sea lions.

The sea lion will kiss anyone as long as they play in the NBA. Even Derek Fisher.

But nobody was better than Perk.

The man made of stone turned into a giant puddle of smiles once the sea lion got involved. He even leaned in for a second kiss.

And whenever the playoffs start and we all go back to cursing Kendrick Perkins’s existence, remember this moment. Remember that there are more important things in life than basketball, and remember that no matter what his plus/minus numbers may say, Kendrick Perkins will always be one of the NBA’s greatest humans. I will fight anyone who says otherwise.

When Perk smiles, we all smile.