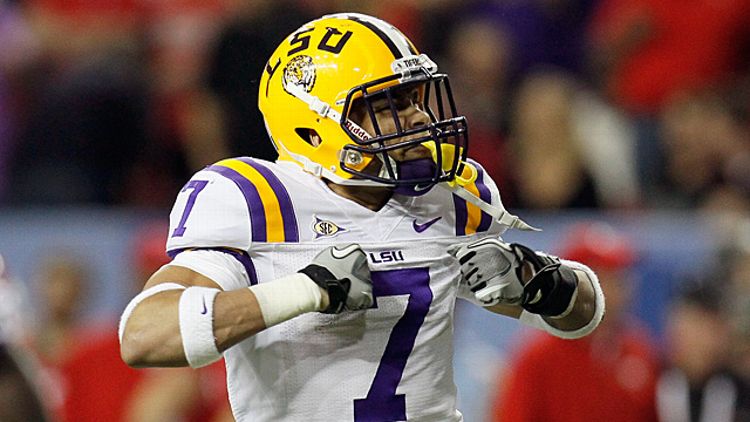 Mathieu is obviously not the first athlete to take a nickname from the animal kingdom. Typically, this type of relationship is facile: When people remember the greatness of Jack Nicklaus, they rarely invest much thought into the plight of the California Golden Bear (perhaps because it’s been extinct since 1922). The career of former Cowboys fullback Daryl Johnston reflects little on the day-to-day life of the North American moose. But the Honey Badger is different. The connection is stronger. Both Mathieu and the African super-weasel exploded into the public consciousness at around the same time in 2011 (the badger technically broke through first, but Mathieu’s fifth-place finish in the Heisman voting made him equally beloved). The two are irrevocably connected; it is unthinkable to imagine a new athlete nicknamed “Honey Badger,” unless Mathieu were to sire a son. The two entities have an equal, one-to-one relationship. So how will Mathieu’s alleged pathological inability to pass drug tests change the way we think about this insouciant, carnivorous killing machine?

The day after Mathieu’s exit, a Google search for the exact phrase “my favorite animal is the honey badger” was hovering around 2,100 hits. If Mathieu elects to transfer down to the FCS level, that number could fall through the floor (unless Mathieu returns about 15 punts and picks for touchdowns, which seems semi-possible). Last fall, Mathieu’s electrifying on-field performance embodied all the positive qualities of both the animal and the SEC: Fierceness. Relentless aggression. The ability to humiliate porcupines. No Mustelidae has ever mattered more to Verne Lundquist. But has the curious allure of synthetic marijuana annihilated this symbiotic love affair? The honey badger — and The Honey Badger — have well-earned reputations for “not caring.” Two years from now, America may feel the same way.

This is on you, Tyrann. You owe someone furry an apology. I will see you at a zoo.

Rory: The Best PGA Championship Ever?