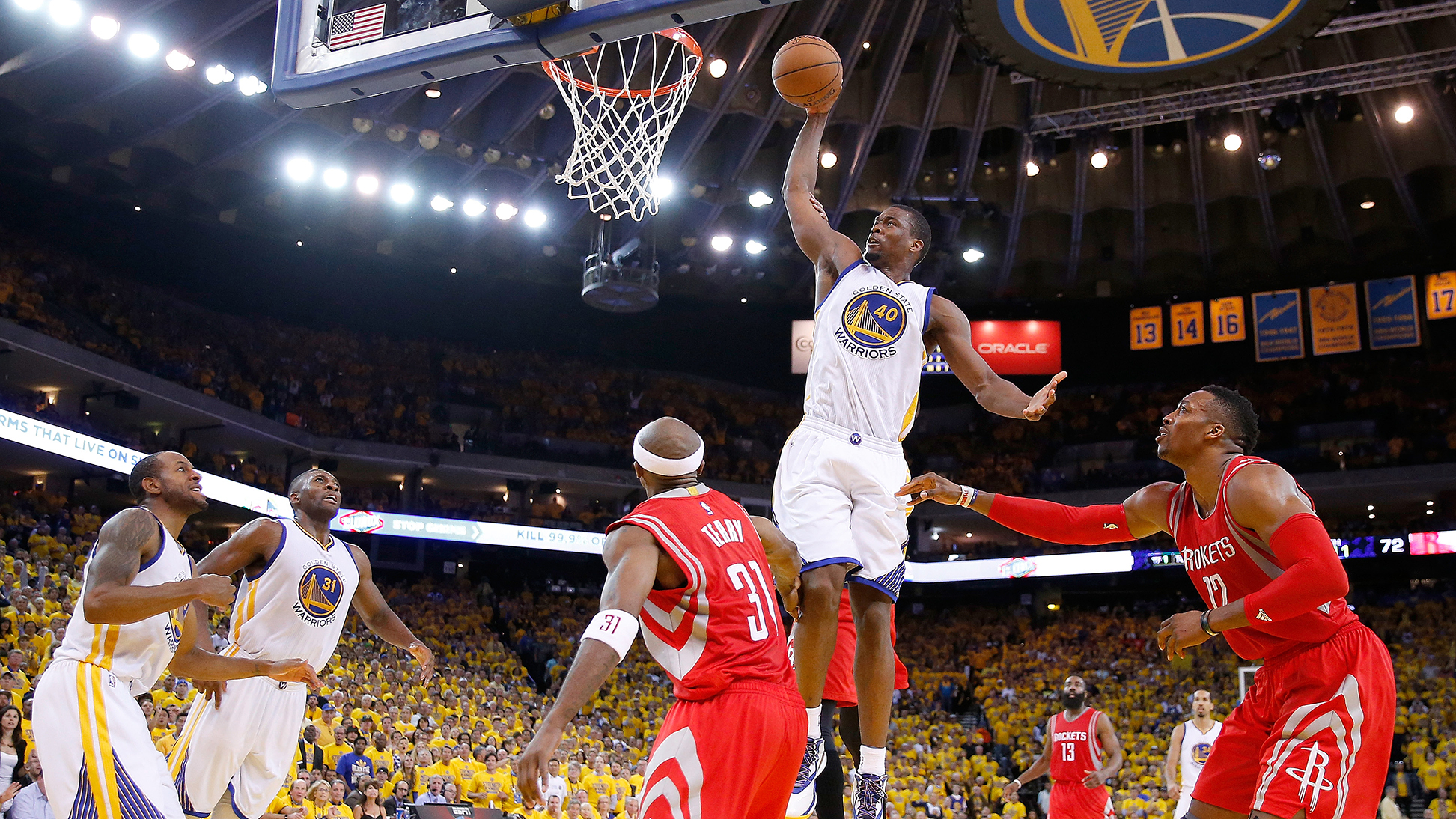 In a postseason marred by armbars, tendinitis, fractured wrists, grounded Hawks, and a distinct absence of Thunder, it’s been hard to find a feel-good story. But unless you watched Game 5 of Rockets-Warriors wearing a fake beard and chef’s hat, I defy you not to get a little misty at the performance of Harrison Barnes.

Last night we saw a third act in American sports life. Act 1 saw Barnes start out as a self-proclaimed brand and endure two underwhelming years in Chapel Hill. In Act 2, Barnes went from lottery pick to role player — enduring a tough 2013-14 as Andre Iguodala’s backup. But something kind of funny happened during this humbling campaign: People genuinely started to like Barnes. For years, he had lived with the Next Jordan albatross around his neck (a burden he definitely played a part in creating). In mediocrity, he was freed up to be a normal guy — forget the brand. He just wanted to talk about Breaking Bad.

This season, Steve Kerr moved Barnes back into the starting five. He averaged the same amount of minutes in 2014-15 as he did in 2013-14, but those minutes felt more meaningful. His shooting percentage skyrocketed, his defense seemed notably more intense, he showed a newfound flexibility …

… and he kept his sense of humor while doing it:

In this Act 3, Barnes — no longer just a role player — has found his role. And on Wednesday night, he finally played like a star. With a little less than 10 minutes left, and with the Oracle Arena crowd a little shaken after seeing a Splash Brother taken off the court with an injury for the second time in as many games, and with Draymond Green struggling to offer his usual self-replenishing power source, it looked like the Rockets might pull a Rockets and get themselves back into the game — and the series. Then Barnes started to ball out.

He was a slashing, jump-shooting Splash Cousin. He scored 13 points in the final frame, including nine in the first two and a half minutes after Klay Thompson exited the game, ending the night with 24.

The theme of Harrison Barnes’s career has been potential — overselling it, not living up to it, and then slowly growing into it. After last night, you start to wonder that maybe we underestimated his potential all along. He just has to play within himself. There’s a hell of a lot there to work with.