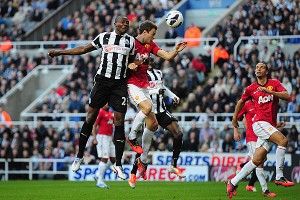 Normal service has resumed in the English Premier League. The sleeping giants — Chelsea, Manchester United, and Manchester City — have all reclaimed the top three spots in the table. And why shouldn’t they, with the season being 2/11ths over, after all. But as much as the on-field drama is subject for discussion in this week’s pod, Michael and Roger also consider the continued off-field troubles of a certain Russian-owned superclub.

Next, productivity on the pod takes a nosedive after welcoming the creative and strategic genius behind the EA Sports FIFA video game franchise, executive producer (and fellow Brit) David Rutter, for a quick chat. The Blazered Men discuss the newest features of FIFA 13, its impact on America’s sporting interests, the future of video games, and, of course, Duran Duran.

Is This Real? The Packers' Faltering Offense

Are the Detroit Lions Who We Thought They Were?