Graeme Disses Rory: Five Points of Interest From the Weekend in Golf 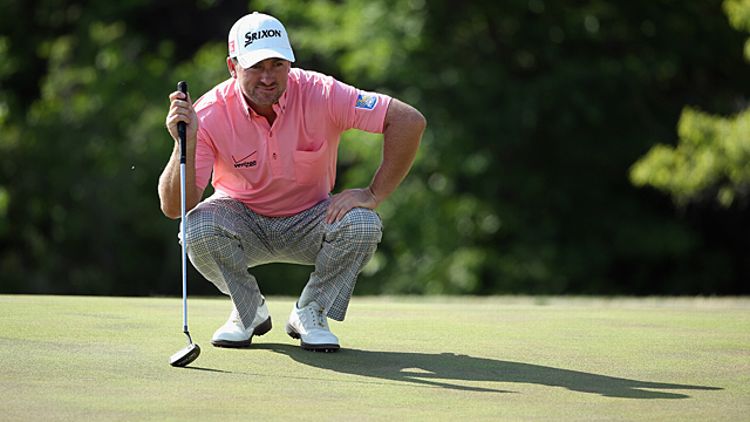 After the high drama of Sergio vs. Tiger last weekend, producing the best Players Championship ratings in more than a decade, we were probably due for something a bit less energetic. But as a fisherman would say, a calm surface can disguise a roiling storm below,* and despite a tranquil veneer, the golf world was alive and stirring this weekend.

*It’s not clear that fishermen actually say this or that the phenomenon of subsurface storms is a real thing.

Here are five things that happened this weekend that might interest YOU, the Grantland reader:

This happened in something called the Volvo World Match Play Championship in Bulgaria, and I honestly don’t recommend looking at the bracket if you’d like to avoid brain-wounding confusion. Apparently they didn’t have enough players to make a 32-player field, so they played round-robin in groups of three and then sent the runners-up in each group to an entirely different side of the bracket for single-elimination, or something. Anyway, McDowell beat Chris Wood, Stephen Gallacher, Bo Van Pelt, fellow Ryder Cupper Nicolas Colsaerts (avenging last year’s championship match loss), Branden Grace, and finally Thongchai Jaidee to take the title. Oddly enough, this tournament has been around since 1964 under the auspices of seven different sponsors, including Colgate.

Rory and Graeme, both Northern Irishmen, have been represented by Horizon Sports Management for years. On Friday, Rory announced that he was leaving his agent to form his own company. Reporters went to McDowell for comment, and while the things he said had a polite cadence to them, you didn’t have to look far below the surface for the bite. The quotes:

A. “Management is a funny thing. I always think when things are maybe not going 100 percent on the golf course, I think it’s natural to question everything you are doing down to relationships, business, just everything you’re doing … I’m pretty sure the management company weren’t giving him golf lessons or caddying for him or telling him how to play. That’s kind of his own deal.”

B. “Rory’s made a decision about his management structure, for whatever reasons, I don’t know. I really haven’t seen much of him for the last few months; our schedules have been quite different. It’s just one of those things, really.”

My translation, executed with a keen insight for subtext and some hyperbole:

3. Jason Dufner Behaved in a Way That Could Almost Be Described as “Enthusiastic”

I once described Jason Dufner thusly:

“Jason Dufner — who looks from the neck up like a miserable, chubby boy whose mother stuffed him into his Sunday clothes for a family portrait on a hot day — sent the crowd into rapture by sinking his birdie.”

And that was before this hilarious image captivated the Internet, went viral, and inspired the “Dufnering” craze that spawned terrific Photoshop contests and hilarious mimicry by his fellow players. (Just Google image–search “Dufnering.”)

So when I read this headline — “Dufner Enthusiastically Celebrates Eagle At Byron Nelson” — I had to see what all the fuss was about. And so do you:

Hmmm … yeah, that’s almost something like enthusiasm, especially by his standards. It was actually more like an awkward “suck-it” gesture, the emotional origins of which I don’t want to hazard a guess at, but in the oeuvre of Jason Dufner celebration shots, this is essentially a three-ring circus.

The parade of first-time winners on the PGA Tour continued at the Byron Nelson Championship in Irving, Texas, with Bae joining Billy Horschel and Derek Ernst among players with a breakthrough performance in the past month. He also struck a blow for South Korea, becoming the fourth South Korean, along with Kevin Na, K.J. Choi, and major winner Y.E. Yang, to register a PGA win on American soil.

It was a bit of an odd final-round duel between Bae and Keegan Bradley. Bae trailed coming in, but a hot front nine sent him out to a big lead. A double bogey at nine cut the lead in half, and Bradley managed to tie things up at 15 with a birdie. Then, Bradley collapsed. You could say he lost the tournament more than Bae won, especially considering he couldn’t capitalize on an opening-round 60, but Bae still had to hit an excellent drive and approach on 18 to seal the deal, and that he did.

It’s rare enough to see an American’s name on the winner’s list of a true European Tour event (a.k.a., not one of the four majors), and it’s incredibly uncommon to see an unknown American winner. Why? Young Americans on the rise just don’t play in Europe, for obvious financial and logistical reasons.

But the uncommon was made manifest this past weekend when 23-year-old Peter Uihlein won 100,000 euros by taking the Madeira Islands Open title in Portugal. It turns out Uihlein is a disciple of Butch Harmon, who encouraged him to follow Adam Scott’s path and begin his postcollegiate golfing career in Europe, where Harmon and his father (the CEO of Acushnet Co., known for golf brands including Titleist and FootJoy) thought he’d have a better chance to learn the rigors of golf — travel, weather, difficult courses — than if he had stayed in America and fought his way onto the PGA Tour.

It was a strange path to take, but the Oklahoma State grad and former U.S. Amateur champion now has his first professional win, and it won’t be long before we see him back in America and discover whether the rigors of Europe have given him a leg up on his generation.