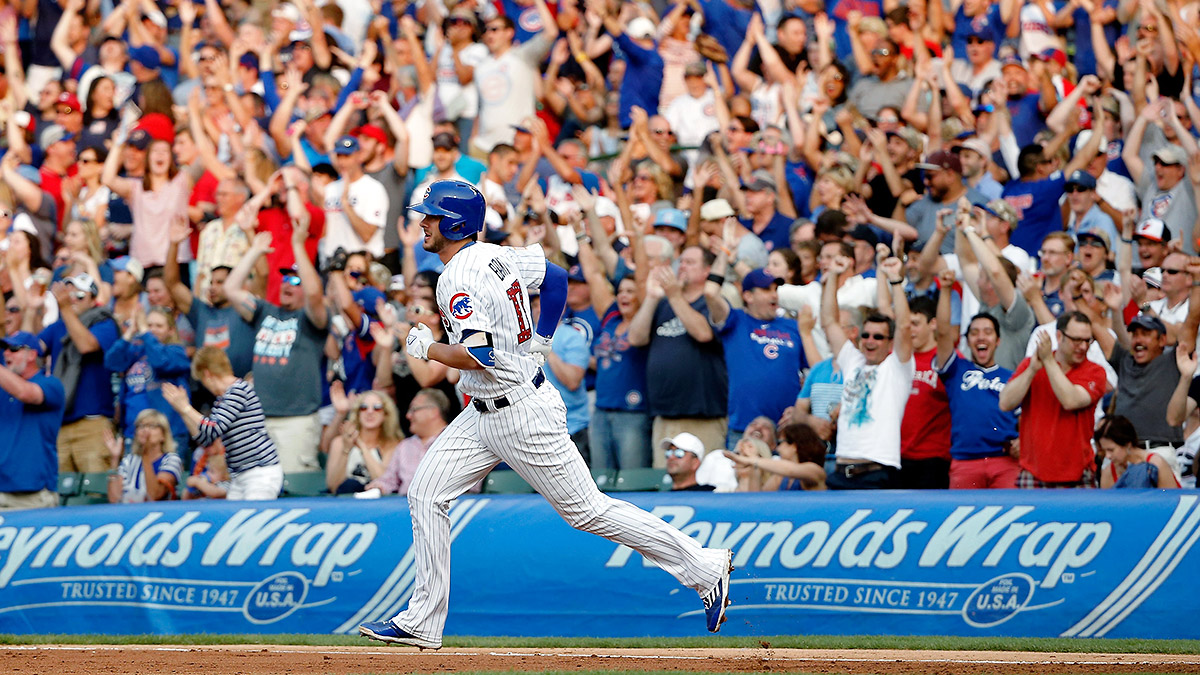 Now we know who’s going to Cincinnati for the 2015 All-Star Game, at least before all the Final Vote rallying and injury withdrawals stretch the announcement process to what seems like four weeks and swells the rosters to the size of a college football team. But based on what we know today after Sunday’s starting lineup announcement and Monday’s reserves and pitchers reveal, let’s use baseball’s 20-80 scale (20 is unplayable, 50 is average, 80 is all-time great-level) to grade these rosters and how they were constructed. 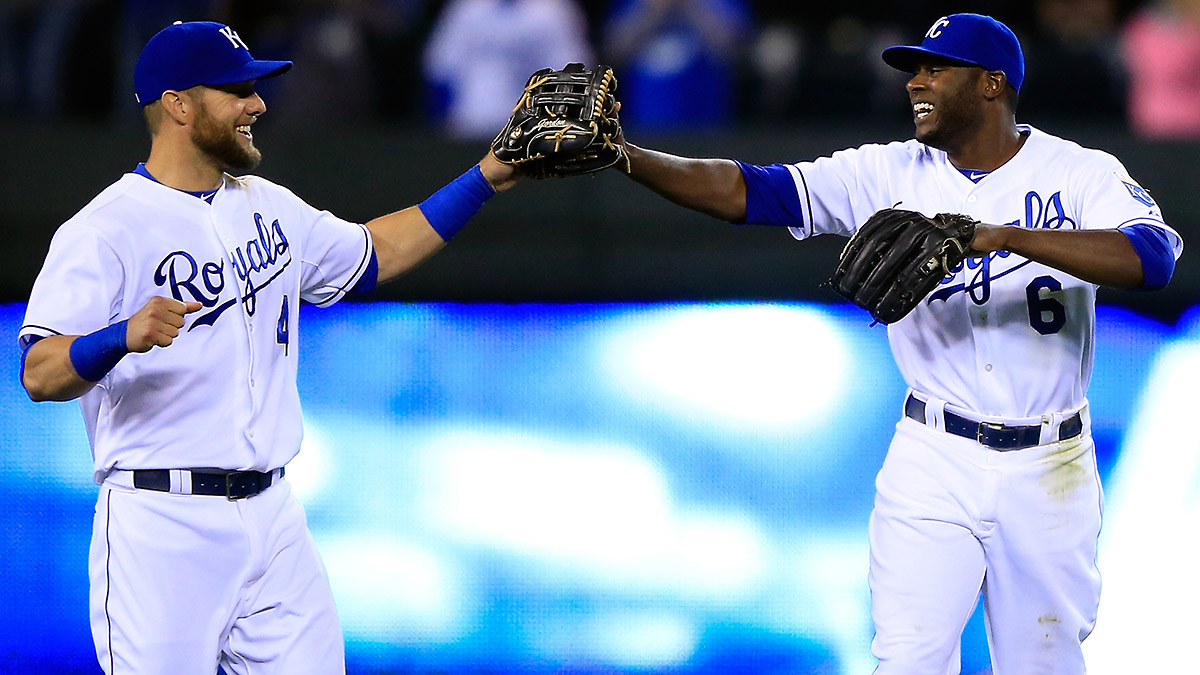 No fewer than six Royals will go to Cincinnati, four of them as starters, after K.C. fans stuffed ballot boxes in the hope of filling the entire starting lineup with their players. To some extent, I don’t really care who makes the All-Star team, and if All-Star appearances didn’t factor into the Hall of Fame calculus, I wouldn’t care at all, so anything that adds intrigue or controversy to the process is good. The Royals are having a great year, they’re the defending AL champions, and if their fans are more amped than everyone else’s, that’s cool with me. It’s good to see Kansas City get excited about its team. Plus, I love stuff like this: My favorite thing about this past NHL season was when the people of Latvia banded together to put Zemgus Girgensons in the NHL All-Star Game, so if Kansas City wants to become the Riga of the Midwest, I can offer nothing but my full support.

An added bonus: I have no evidence to support the theory that MLB rejiggered the vote totals to put, say, starting AL second baseman Jose Altuve in front of K.C.’s Omar Infante. That said, because I believe that Eric Sogard is the true Face of MLB,1 there’s nothing anyone can say or do that will convince me that shenanigans didn’t take place.

Speaking of courting controversy and intrigue, I wanted Alex Rodriguez to make this team for three reasons: (1) He’s one of the best players in baseball history, and, in the midst of a milestone-filled season, he deserves a victory lap; (2) he’s having his best offensive season since 2008, with his wRC+ of 149 putting him 14th among qualified hitters; and (3) wherever A-Rod goes, there follows a cloud that makes uptight people who hate fun go all dyspeptic, and I love that. But MLB is run by uptight people who hate fun, so this was always too much to ask for.

We can count on some of the worst picks every year coming courtesy of the managers, who often use their selection prerogatives on their own players. The worst instance was when then Red Sox manager Terry Francona took a bunch of stray cats dressed up like Jason Varitek to the All-Star Game in 2008. Not so this time, though. Ned Yost took Kelvin Herrera, while Bruce Bochy selected Joe Panik and Madison Bumgarner. Panik absolutely deserves to be there on merit, and, even if I wouldn’t have put either on the roster, neither Bumgarner nor Herrera is going to be a memorably bad selection. The problem with Herrera is that he’s a reliever (more on that in a second), and the problem with Bumgarner is that there are other pitchers with his level of fame (Cole Hamels, Clayton Kershaw, and Johnny Cueto all come to mind) who have pitched better this year.

Still, both pitchers, and Bumgarner in particular, deserve to take a victory lap after stellar 2014 postseasons. Plus, after seeing Mark Redman and Jose Rosado in the Midsummer Classic, I’m never going to gripe about an actual good Royals pitcher going to this game.

Once again, there are too many of them. Of the 26 pitchers on the two rosters, 12 are relievers. That’s an outrageous proportion. I’m of the opinion that a reliever should have to do something really special to make an All-Star team out of the bullpen. Something Wade Davis–like. That’s because if any of these 12 relievers were actually among the best pitchers in baseball, they’d be starters. Anyway, we’re not going to see Corey Kluber or at least one of Cueto or Kershaw because Brad Boxberger and Francisco Rodriguez saved a bunch of games. But the next manager not to wildly overvalue the one-inning closer will be the first, so it’s hard to get mad about this every year.

Getting Called Up Too Late (Grade: 40) 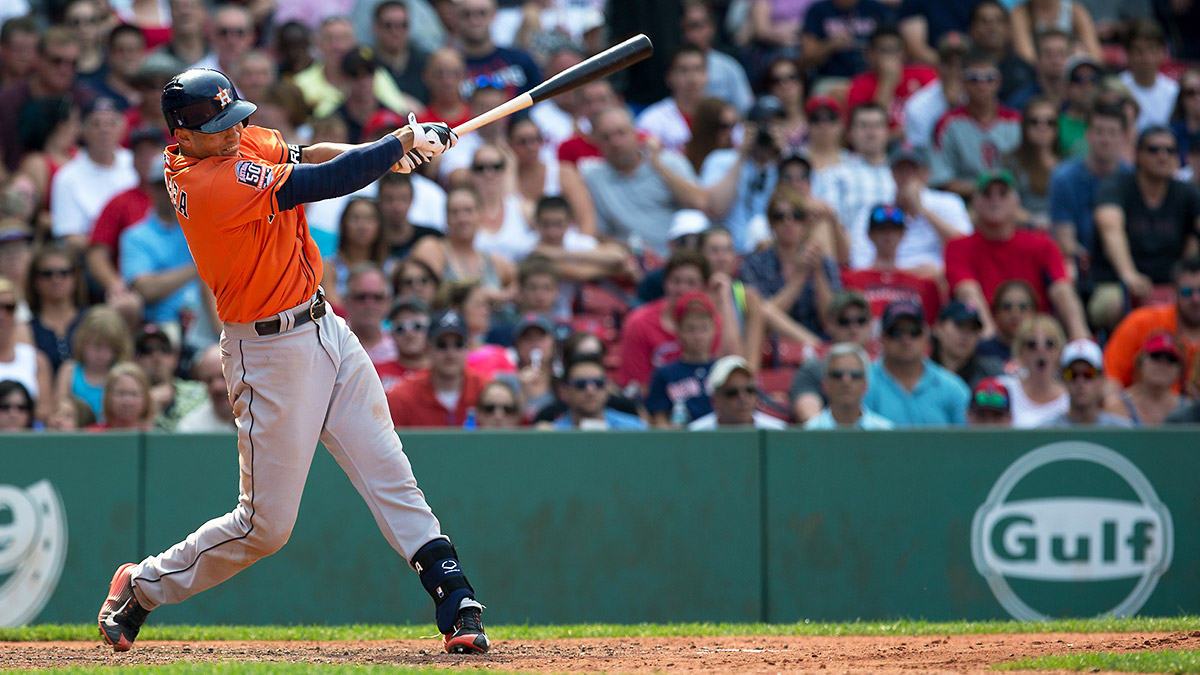 Philadelphia’s Maikel Franco and Houston’s Carlos Correa have been among the best at their respective positions since being called up. But both got the call too late to merit consideration — even Franco, who’s been up three weeks longer, has only played in 58 percent of his team’s games, and fellow NL third basemen Nolan Arenado and Kris Bryant have been just as good in more playing time. Both Franco and Correa have been impressive, but both will have to wait another year.

After the relievers, this is probably the biggest eyebrow-raiser. Holt is a utilityman on a last-place team, so how did he get in? Well, positional versatility can’t hurt, and if we acknowledge that someone from Boston had to go,2 this pick is actually defensible. It’s not the right one, if such a thing exists — Mookie Betts is more exciting, more marketable, and has had a better year — but Holt has cobbled together a starter’s playing time over seven positions and is hitting .295/.383/.424, which is more or less equal to any other Boston player’s offensive output.

The best purpose for the All-Star game is as a means of evangelism for baseball, and I don’t know that there’s ever been a better product to evangelize about than what we have right now. There are about 30 exciting, athletic, entertaining, and (though Bryant skews the curve here) good-looking players under 25 on major league rosters. This is going to wind up being a whopper of a rookie class, and it’s great to see Bryant and Joc Pederson representing it in the All-Star Game. You’ve also got to remember that Bryce Harper, Anthony Rizzo, Michael Wacha, Gerrit Cole, Bumgarner, Sal Perez, Manny Machado, and Mike Trout are all still 25 or younger. This is so not an old man’s game anymore, and this year’s All-Star Game will reflect that.

This, by the way, is pretty much the only thing that matters, because it has the potential to draw in new fans. Everything else on this list is for diehards to grouse over.