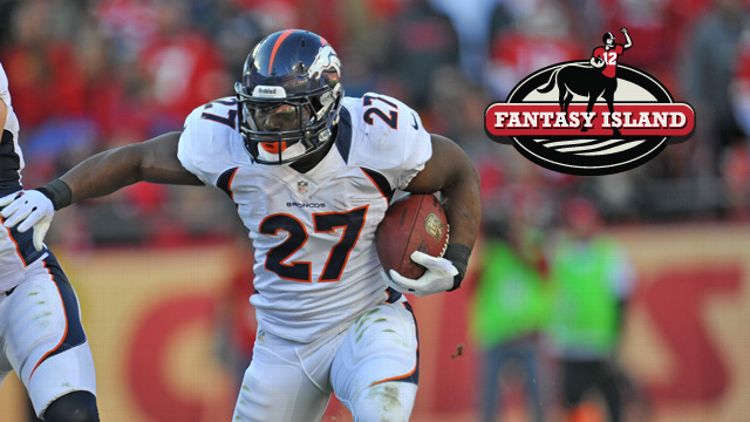 Congratulations, you won the five-day holiday war and the fantasy postseason remains a distinct possibility. Thanksgiving meant forced pleasantries as NFL guardians combined to pile on 202 points — the most ever scored on a Thursday. Black Friday was for second-guessing your lineup, reeling from Matthew Stafford’s big day. The weekend brought conventional stress. I’m sorry you had to keep tabs on the Eagles and Panthers, but the goal is still four more weeks of chaos. Office parties are for the weak-minded. Ice-skating and hot chocolate with lovers is an exercise for quitters. Vapid consumerism is for victims of manufactured consent … and people that traded for Dwayne Bowe.

You are George Costanza in the bunker. Gather inspiration from luminary thinkers with their backs against the wall: Winston Churchill, Tom Landry, Lil Wayne: “All I have in this world is a pistol and a promise / A fist full of dollars, a list full of problems — I’ll address them like P.O. Boxes.”

Sever ties with good luck charms like Randy Moss. Stop waiting for Antonio Gates to do something. Don’t be the contending force that eventually loses by standing pat when it most matters. Most leagues no longer allow trades, and that means the waiver wire has never been more important. With so many ripe prospects breaking, today’s claims are a critical guessing game. There’s so much intriguing talent available, in fact, that I’ve itemized these gentlemen into distinct A and B Teams.

Henne’s Jaguars are a revelation: Cecil Shorts and Justin Blackmon are a strong one-two, and the clique is revitalized as a fantasy passing unit. Powell has three touchdowns in two weeks and is performing like the sleeper all those summer preview magazines promised us he was. Moreno’s first-round talent jettisoned him to the top of the Denver backfield, and 20 carries is trust. Alexander should continue to be an elite fantasy force as his Chargers head out on their annual December heart attack tour. Sanu’s five catches and two touchdowns finally establish a pecking order for Cincinnati: A.J. Green, then Sanu, then Jermaine Gresham, then Andrew Hawkins and Armon Binns. Tamme and Garcon have been bench fixtures most of the season, and the patience will pay off down the stretch.

Kaepernick’s two-in-one possibilities are very real with his running threat. My concern is his youth as it relates to his veteran receivers. Wells returned to an even worse quarterback situation than he left back in September, and that means more critical red zone touches. Jennings’s 16 carries during the Titans win were promising; he’s a fine fourth-string play. Edelman is coming on strong in the absence of New England’s tight end attack, but there are too many Patriots for comfort. Stokley’s targets and yardage continue to trend upward, and he’s scored twice in the last three weeks — he’s on that 2004 slot-magic-man tip. Lewis and Henne found love in a hopeless place. With Miles Austin banged-up and Kevin Ogletree consummately useless, Harris caught four passes for 71 yards on Thanksgiving. He’s talented enough to supplant The Tree, and with Dallas on a dysfunctional party bus to 10th place, Romo’s Bunch will be on a Brees-esque fantasy tear through the air.

About Last Night: This Is a Place of Facts