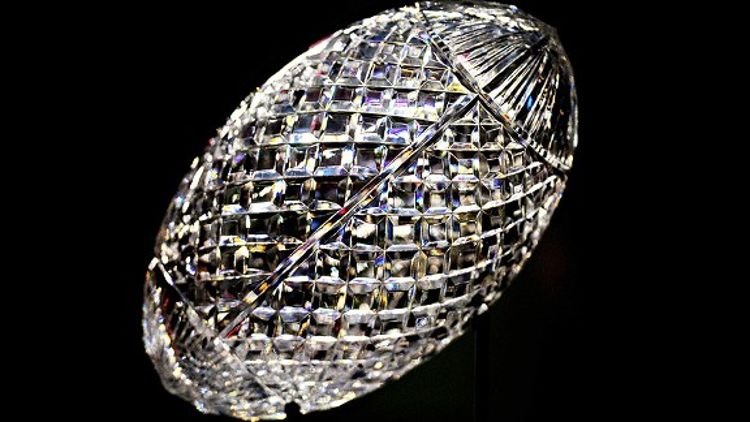 Why do the bowls persist? Crony capitalism rules once again.

This bowl season, 70 teams will compete in 35 bowls and more than $180 million will be paid to the conferences and schools represented. Ten will play in BCS bowls, which pay the lion’s share of the money.

Everyone from President Barack Obama to University of Chicago economist Richard Thaler prefers a playoff format (like every other NCAA sport has) to the bowls, which seems both more fair and more fun. Yet the bowl system is in place contractually until 2014 and it has proven to be resilient.

Why has such an unpopular system had so much staying power? Before we get caught up in the excitement of bowl season, let’s figure out how the dollars and cents hold the system together.

Which two teams should compete in a bowl game? It should be exciting but money matters, too. Sure, the BCS “title” game pits no. 1 vs. no. 2 in the rankings, but historically, the size and travelling capacity of a team’s fan base often trumps rank and talent when bowl selections are made. Popular teams such as Notre Dame and Penn State regularly receive better bowl invitations than their performance would seem to merit.

The bowl games have always been commercial enterprises. They were created for warm-weather cities to boost tourism during the winter, by bringing fans from colder states – and their dollars — into local economies.

In 2007, Mark Schlabach chronicled the Chick-fil-a Bowl’s selection process. He explained that Boston College was not invited to the game in Atlanta because organizers worried that BC’s fan base wouldn’t buy enough tickets and spend enough money.

“The BC thing ate me up for a week,” Stokan (the Bowl President) said. “The factors on the field were very favorable to Boston College. But when you look at this thing, you have to take into account the players, the administrators, the relationships with the leagues and the financial commitments. The city really depends on us because we’re one of the top 10 conventions. We have an obligation to hotels, restaurants and retailers.”

Are you surprised that this bowl is run by the local Chamber of Commerce?

The schools are expected to spend small fortunes on the games. Those expenses typically include more than just sending a players, coaches, families, cheer squads, and bands to the game. Schools are also often financially responsible for selling a large number of tickets, and there are frequently requirements that schools buy a certain amount of hotel nights in the host city.

The system in action

This year, the Sugar Bowl passed on no. 7 Boise State and no. 8 Kansas State to take no. 11 Virginia Tech and no. 13 Michigan, in part because the latter offered stronger fan support and publicity. Not all schools make the grade; this year West Virginia is having serious trouble (as of mid-December) selling its $2 million worth of Orange Bowl tickets; only 5,700 out of 17,500 have been sold (the school has also given away about 4,000 tickets so far). However, it’s unclear what worries the West Virginia athletic department more: That the school stands to lose a large sum of money or that low sales will send a negative signal about the school’s bowl-worthiness to its future partners in the Big 12.

Big bowl schools make their money on the back end

There are plenty of statistics about how many schools lose money in bowl games, but they are based on comparing travel costs with the payout received from the game. That’s a flawed analysis. It’s all about advertising. What schools may lose up front they usually make up in the long run, and that is why competition to play in bowls is so fierce.

Larger schools pull in most of their revenue from tuition and donations, and successful collegiate sports teams boost both areas. That’s why a good football coach can make several times more than the college or university president, with top coaching salaries reaching well into the millions.

In years following a championship football performance, admissions interest in a school rises significantly, including relative to its peer institutions. That means more students and a better selection of students, and over time it also means more and better donors for the school.

The prospect of alumni donations drives the structure of big-time collegiate sports. Here is a typical story, as reported by the Chronicle of Higher Education: ”

“He made that contribution because initially our basketball team made him proud to be an alumnus of this college, which, in turn, reminded him of how much he had learned from the faculty in his major. He wanted to contribute to his academic program as a way of expressing his thanks for helping him become so successful in life.”

Furthermore, premium tickets to a bowl game are a way to reward top givers, make them feel exclusive, and bring them together to form a community of peers.

The bowl game itself builds loyalty among students who attend — the future donors. As Bear Bryant once put it: “It’s kind of hard to rally around a math class.”

Usually, bowl games are a way for colleges to enhance their reputations. This year, TicketCity Bowl can help the Penn State Nittany Lions rehabilitate theirs. Rather than keeping the fees from their participation, Penn State is donating the money to charitable groups. The $1.5 million they will give away is chump change relative to the school’s overall operating budget and the long-term value of the school’s name.

It’s hard to put a dollar value on the financial benefits schools reap from bowl appearances. But, given the intensity with which they compete to get there, the salaries of coaches who get them there, and the amount of money they allow the bowl organizers to hold onto, the long-term value of these appearances must be very large.

It’s possible that a playoff system could produce similar or even greater gains for the traditional football powers, but it would be riskier for them (more competition) and the bowl organizations would lose millions. Those two groups are natural allies in a quest to preserve the status quo.

Who wins and who loses?

The top teams in the six BCS conferences win. The bowl organizations and the business community in the bowl cities win. Schools outside the BCS cartel and fans who want to see a “true champion” lose.

In the strange world of college football, the bowls are also a win for the players. Since they ordinarily get no direct compensation for their work, the bowl trip amounts to a paid vacation with excursions, photo-ops, gift bags, and the like.

Traditional football schools and the BCS bowls act as an informal cartel that divvies up the surplus created by fans of the big schools. Whenever the system is threatened, they react by tossing a bit more money to the have-nots.

Is it better that we have a bowl system?

There are some problems with making a playoff system work for college football. If you imagine a rotating playoff at neutral sites, fans would have to travel to three or four different cities all over the country, and with no more than a week’s notice to make plans. Even a diehard fan will likely make such a trip only once, and that means a bowl game, with lots of advance notice. An NCAA basketball game has a stadium seating maybe 20,000, but for college football the goal is to fill a stadium that seats closer to 80,000. The basketball teams also can play more often, and that makes it easier to support an intense playoff season with more frequent match-ups and more teams in the initial tournament field.
Still, maybe it could work, just as the NFL playoffs mobilize big enough audiences to be profitable. But that doesn’t mean it will happen. The real value in the college football games is brought by the schools with big fan bases, and they don’t want to share those gains with the NCAA or the smaller schools. As it stands now, the big schools are in charge and they will probably decide to stay in charge.

In sum, we have a system where the games are not designed to produce the best on-field matchups, the competitors often lose money but fight fiercely to participate, outsiders and observers complain vehemently, and the organizers amass and waste a great deal of money with little oversight.

Welcome to capitalism, American style. Get back to us when you’ve found a better system.

Tyler Cowen and Kevin Grier are academic economists who think the dismal science can shed some light on the inner workings of the sports world. Follow them on Twitter at @tylercowen and @ez_angus.

The Fabulous and the Flops of NFL Week 15

Will Yu Darvish End the AL East's Grip on the Wild Card?