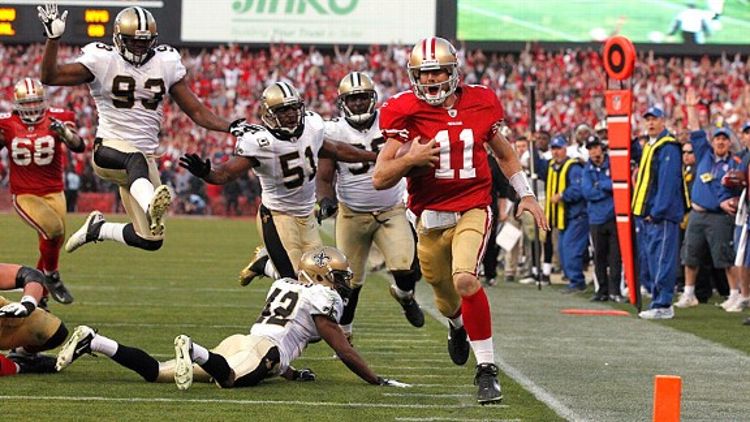 Play calling, as a general matter, is overrated. After a loss, most sports radio call-in shows are primarily dedicated to the play calling of the offensive and defensive coordinators. For whatever reason — be it the uniquity of football video games like Madden, or just human nature — to use perfect hindsight to question a decision that was reasonable at the time it was made, the message is clear: Every fan is far superior at calling plays to the people whose job it is to do it every weekend. The reality is that play calling is just one part of the fuller puzzle, and far more important is the amount of preparation that went into the game plan as a whole — i.e., how the plays fit together — and how efficiently they were practiced so that they can be executed correctly. Because a well-organized, coherent, and systematic game plan that the players can execute will practically call itself; and no “great play caller” is worth anything without the countless hours of preparation that go into the few brief moments of actual game time. Indeed, as San Francisco 49ers legend Bill Walsh taught us, the best play callers do their play calling through preparation during the week, not so much on game day as emotions soar. In other words, play calling is rarely the difference between a win and a loss.

But sometimes it is; sometimes a play call is so good — and takes such good advantage of a bad play call on the other side — that one can rightly say, That call might have won the game. So it was during the furious fourth quarter between the 49ers and the Saints last weekend. With two minutes and 11 seconds remaining, and the 49ers down 24-23, on third-and-7, 49ers coach Jim Harbaugh and offensive coordinator Greg Roman made one of the best calls of the season: A crack/pull sweep, not with a running back but with quarterback Alex Smith as the blocker.

The crack/pull sweep has long been a change-up in the NFL, and the 49ers called it against the perfect defense. A specialty of Saints defensive coordinator Gregg Williams, the overload man-to-man blitz on third down is undoubtedly where Walsh’s preparation came into play, as Williams has long had a tendency to go to such aggressive defenses as the goal line nears. The play begins with a crackback block by a receiver — here, it’s Kyle Williams — who motions close to the offense’s formation and blocks the defensive end from his blind side. The “pull” comes into play as the linemen — freed up by the receiver’s “crack” block — can pull and lead around end. The play is really designed for the kind of man-to-man blitz that Williams presented, as the outside defenders are focused on defending the receivers one-on-one and get pulled inside, and aren’t looking into the backfield for the linemen pulling to the outside. As a result, those linemen are able to get outside and mow down defenders, which is exactly what happened. Saints defensive back Patrick Robinson, who was defending receiver Kyle Williams man-to-man, got pulled inside and inexplicably continued across the field while the 49ers’ linemen were able to get around end and seal the edge, most notably when tackle Joe Staley cut down Saints safety Roman Harper well downfield for the final block to spring Smith.

Which brings us to the biggest wrinkle: Harbaugh and Roman had Smith, not running backs Frank Gore or Kendall Hunter, as the ball carrier. This made the call all the more clever: a “no-back” look made Gregg Williams and the Saints defense think only pass, and also by putting their great tight end, Vernon Davis, to the right, they drew additional defenders that way — away from where the ball would go. At that point, it was up to Smith to show the wheels that made him a dual-threat quarterback at Utah under Urban Meyer, and, in the biggest game of his career, that’s exactly what he did. And so we see that it’s not at all about play calling. Except when it is.

Filed Under: Chris Brown, Draw It Up, NFL