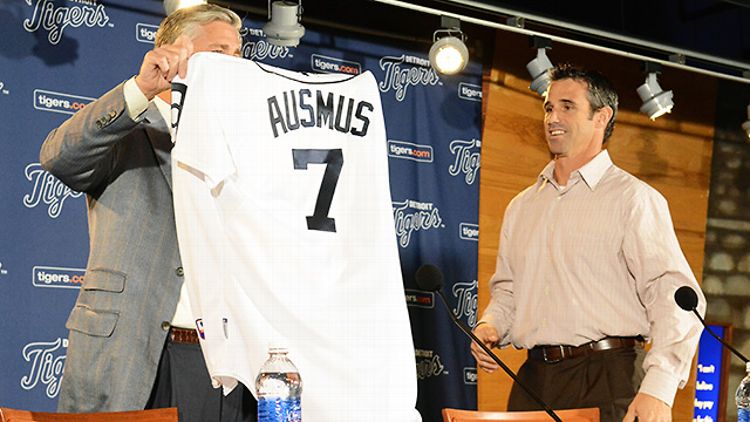 If the athletic director at a major university fires his head football coach, that AD instantly knows what he needs to find: a man in his 30s, 40s, or 50s with experience in the game, an affinity for khakis, and enough psychological damage to be the kind of megalomaniacal, domineering, workaholic lunatic who populates the football coaching ranks. But how does the AD pick?

Well, he could go for the rising-star assistant being shaped by the rising-star head coach, as Texas Tech did last December when it hired former Red Raiders QB Kliff Kingsbury from Texas A&M, where he’d administered Kevin Sumlin’s high-powered attack and coached Johnny Manziel to the Heisman as the Aggies’ offensive coordinator. The AD could go for the proven veteran, as Tech had done in 2010 when it picked up Tommy Tuberville, who’d coached Auburn to a 13-0 season before falling on hard times. He could poach the head man from a smaller school, as Baylor did with Houston’s Art Briles and Tennessee did with Cincinnati’s Butch Jones. Or he could simply hire Norm Chow.

Regardless, the AD has a pretty good idea of how his new hire will approach his job — what system he’ll implement, how he’ll deal with the media, how he’ll approach recruiting, etc. — because major college football head-coaching candidates have fairly well established track records.

This is not the case in baseball. Today, the Cubs announced that they’ve hired Padres bench coach Rick Renteria, filling the final of MLB’s five managerial holes. Renteria, the public is just now learning, is not the same guy who drove in the winning run of the 1997 World Series. Like Renteria, new Nationals manager Matt Williams and new Reds manager Bryan Price only have track records as assistant coaches. New Mariners manager Lloyd McClendon has a track record from his first managerial stint several years ago. New Tigers manager Brad Ausmus has no track record at all.

None of that tells me a thing about how these men will manage.

As you might have noticed, baseball’s managers can’t impact the game the way football coaches do — even Whitey Herzog couldn’t have turned the Moneyball A’s into a team of base-stealers. Managers don’t bloom from coaching trees. They don’t implement systems. Insofar as it’s possible to prosecute a style of play in baseball, that style is determined by the composition of the roster far more than by the preferences of the manager. If my favored college football team lost its coach this offseason, I’d want to see it hire Alabama defensive coordinator Kirby Smart, in the hopes that my team would play defense like Bama does. But when it comes to baseball, I’d hope for Manny Acta because of one thing he said about bunting several years ago, or for Giants hitting coach Hensley Meulens, for reasons that aren’t entirely clear to me. (Mostly because he coached the Dutch national team and I love saying “honkbal,” I guess.)

Managers matter less and less in baseball today. I wrote about the disappearance of the managerial cult of personality back in August. Sports on Earth’s Jack Moore just explored the new model of manager, while Baseball Prospectus editor-in-chief and Grantland contributor Ben Lindbergh noted that as we learn more about baseball’s tactics, the men who execute those tactics are skewing younger, less experienced, and less expensive.

Why is this happening? Says Moore: “This is a shift that has been inevitable for some time now, for a variety of reasons: the rise of free agency and the increase in player power; the rise of analytics in baseball; the integration of more and more international players into the major league ranks. … No transition better emphasizes the changes baseball and the world around it has undergone in the past 30 years.”

The manager’s role is shrinking in importance, at least during the course of a game. We’re realizing that the overwhelming majority of a manager’s job takes place behind the scenes: teaching, encouraging, disciplining, communicating with the front office, etc. Never has managing a baseball team so closely resembled managing a department store.

So what do we have to go on? Williams and Price have talked good games since getting hired, and we’ll see if Renteria follows suit. Ausmus was well liked as a player and has a degree from Dartmouth, so he can probably get along with his charges while also doing a little bit of math. And McClendon’s teams always steal a lot of bases. But talk is cheap, and being likable certainly doesn’t make someone the next Jim Leyland. Will Williams and Price manage like the men for whom they coached? I don’t have a clue. Are Renteria, McClendon, and Ausmus good hires? Ask me in a couple of years, because until then, we won’t know.