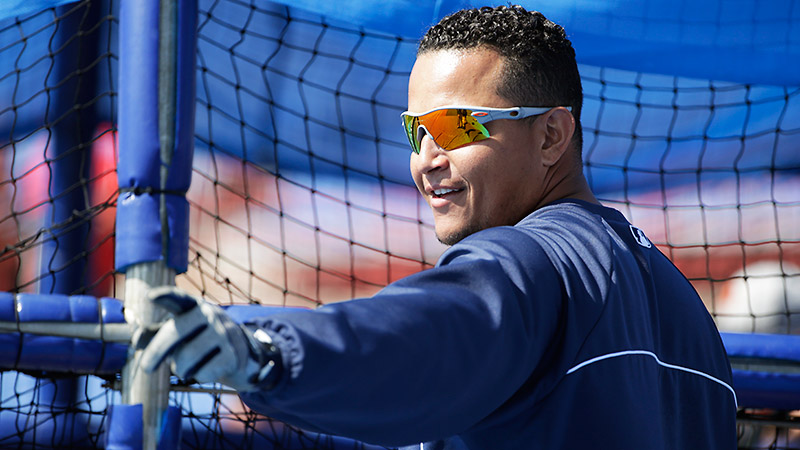 The Detroit Tigers have reportedly agreed to sign superstar slugger Miguel Cabrera to an eight-year, $248 million contract extension, coupling with the two years and $44 million remaining on his current deal to bring his total guaranteed earnings to $292 million over the next 10 years. The contract, which reportedly includes vesting options for an 11th and 12th season and could thus total an unfathomable $352 million in the end, shocked fans, pissed off 29 other teams, and led the entire baseball world to ask a simple question: Why?

Miguel Cabrera is highly respected/appreciated, but officials with other teams are appalled by Detroit decision to give him that many years.

Haven't heard as much disgust over a contract from rival execs since the Jayson Werth contract. Industry is in shock over the Cabrera deal.

To be fair, the Tigers’ decision to make the biggest financial commitment in baseball history isn’t totally without logic. Cabrera is the best hitter on the planet, and he’s able to perform feats with a bat that no one else can match: He murders first pitches, launches tape-measure homers on balls six inches or more inside the plate, works deep counts when fat pitches don’t come early, and generally shows no weakness with the bat.

Why is Miguel Cabrera about to get the largest contract in baseball? Because he's really tough to get out pic.twitter.com/VS8KwoTryv

On average over his last 10 seasons, Cabrera has delivered a .324 batting average, 35 homers, 120 RBI, and 191 hits. He’s a future Hall of Famer, and he’s going to reach some lofty statistical milestones before long. He’s also the linchpin of a Tigers team that’s established itself as a perennial World Series contender. Detroit would have been fully justified in signing its franchise player to a lucrative extension once his current deal had concluded.

But that time hadn’t arrived. Not even close. In handing Cabrera this extension now, the Tigers are channeling the Phillies circa April 2010. Back then, Philly gave Ryan Howard a five-year, $125 million extension. Like Cabrera, Howard didn’t offer much in the way of defensive or baserunning contributions, but he was an elite hitter and a durable player, and that’s what the Phillies wanted to lock up. The problem is, they did so nearly two years before Howard would’ve become a free agent, committing to a player through the meat of his 30s much earlier than they needed to. The results have been disastrous. Howard’s injuries started piling up, and his numbers started going down. Now, instead of each spring in Philadelphia bringing new hope, it brings another excuse to check the Howard contract countdown, which still has three years and $85 million remaining before the team will be free of the financial prison in which it foolishly placed itself.

The Tigers are probably in store for a similar fate. It may seem like a reach now, given his consistent excellence and generally consistent health (he did battle a groin injury during the 2013 playoffs that ultimately required surgery), but something will happen to Cabrera, just like something happened to Howard, because they’re both human beings in addition to baseball players, and this is the kind of stuff that happens as people age.

Though Cabrera is a better hitter than Howard ever was, the Detroit slugger turns 31 this April, which means he’ll probably get hurt, or see his numbers decline, or both in the next three to four years. That’s what happens to most major leaguers, even the great ones, as they progress into their thirties. As Yahoo’s Jeff Passan wrote, only six players in baseball history have ever been good enough during their age 33-40 seasons to justify the money per win the Tigers will spend on Cabrera: Barry Bonds, Babe Ruth, Willie Mays, Honus Wagner, Hank Aaron, and Tris Speaker. So while there’s a semblance of a chance that Cabrera could justify the money and years the Tigers are giving him, doing so will require performing like a true inner-circle Hall of Famer and one of the six best players in baseball history, which is a pretty absurd standard to have to meet.

More than anything, this feels like a case of money burning a hole in 84-year-old team owner Mike Ilitch’s pocket. After failing to sign an elite corner outfielder like Shin-Soo Choo this offseason and seeing co-ace Max Scherzer reject the team’s six-year, $144 million offer, Cabrera was the next man up. And rather than wait two more seasons to collect additional data on an aging beefy giant with no skills other than hitting on which to rely, the Tigers focused on Cabrera being one of the most incredible hitters on the planet and opened their wallets, and so here we are.

While analysts will be quick to loop this deal in with the mammoth contracts Albert Pujols, Mark Teixeira, Alex Rodriguez, and other aging sluggers signed, it’s important to note that not every huge contract is inherently terrible. If the Angels give Mike Trout a zillion years and dollars while he’s still in his early twenties, no one will complain. What’s more, I applauded the Mariners for signing Robinson Cano to a 10-year, $240 million deal even though Cano will be 41 when the contract expires, and even though Cano isn’t the hitter Cabrera is (though advanced metrics say he’s a similarly valuable player due primarily to his defense and position). The key difference is that the Mariners signed Cano when he was a free agent. They didn’t have to guess what state he’d be in two years down the road; they had to act, because they were bidding on a player who had his choice of suitors.

The Tigers already have Cabrera.

What they don’t have is the best ability possible to forecast his future, because they don’t have the same information now that they would have been able to consider two seasons down the road. They’re giving out more years and more dollars than they have to, and worse, they’re doing it far sooner than they have to, when no other team is in position to bid. It’s possible that Cabrera will wind up matching Bonds and Ruth and earn this massive, unprecedented contract. But in this case, the ends won’t justify the means, because there’s no way to excuse this kind of rash and poorly considered move, no matter the final results.

The Question of Kevin Love