OK, It’s Time to Worry About the Tigers 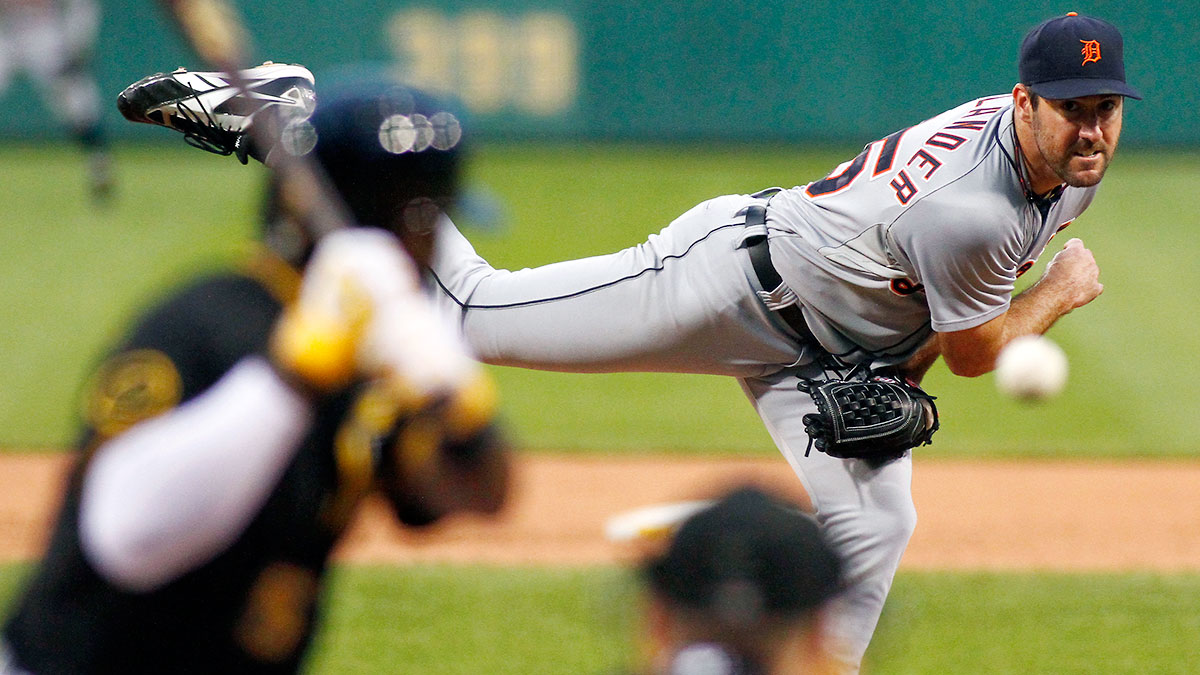 There’s a radio station in Michigan that has me on to talk baseball every so often, and the hosts always ask me if they should worry about the Tigers. I always say no, in the same reassuring tone you’d use to tell your kid he doesn’t have to worry about the house burning down while he sleeps.

Well, I was wrong.

On Tuesday, we woke up to a world in which Detroit didn’t have at least a share of first place in the AL Central. Disturbing though it may be, the Tigers aren’t in a great spot, sitting a half-game behind the red-hot Royals amid a slew of recent losses and injuries. For several years, Detroit has offset its weaknesses with good player development, shrewd trades by GM Dave Dombrowski, and a limitless payroll courtesy of owner Mike Ilitch’s transparent and overwhelming fear of dying before his team wins a title. Now, those weaknesses are becoming more apparent.

This strange reversal feels particularly jarring because of where the Tigers are faltering. It’d be one thing if only the bullpen and left field sucked, because Detroit’s bullpen and left field have sucked since the world was young, and the Tigers still manage to make the ALCS every year. But now, Miguel Cabrera’s merely the best hitter on the team, not the best hitter in baseball. About 25 teams would take a 140 wRC+ from their first baseman, but it’s less impressive for a team that was expecting a wRC+ of 170. Maybe it’s a down year, or maybe Cabrera hasn’t recovered from offseason hernia surgery, or maybe he’s just on the wrong side of 30 and this is what he is now.

The same thing goes for Justin Verlander, who’s been below average all year. That’s not nothing: Would a Dodgers team with designs on a World Series have traded for Roberto Hernandez and Kevin Correia if getting someone to provide six OK innings had no value? Still, Verlander has lost three miles per hour from his fastball over the past five years, and he’s currently in danger of missing a start due to injury (shoulder soreness) for the first time in his career. Maybe he’s also been playing through nagging pain, or maybe he’s also wearing down to nothing after tens of thousands of major league pitches?

Not even three weeks ago, the Tigers were 15 games over .500 and seven games up on their nearest division rival, in a position to rest Verlander and Cabrera, and maybe put one or both on the 15-day DL in the baseball equivalent of a rock star canceling a tour date because of “exhaustion.” Now, with the David Price trade having depleted their major league depth and Anibal Sanchez and Joakim Soria on the DL — to say nothing of not being in first place anymore — that’s no longer an option. All of a sudden, Tigers fans are going to see enough of Robbie Ray in high-stakes situations to form specific opinions on whether Detroit got enough back for Doug Fister.

So, it’s time to worry. But is it time to panic? Probably not. What’s staggering about the Tigers’ tumble to second place is how quickly it happened. A team can’t blow a seven-game lead in 17 games — a confluence of numbers that should make fans of the 1964 Phillies hide under their beds — without help.

Since attaining their peak division lead, the Tigers have gone 6-12, which is certainly bad, but also not historically bad, particularly when considering that they’ve gone 1-6 in one-run games in that time, including a 19-inning Ring Cycle of a ballgame in Toronto on Sunday. Meanwhile, Kansas City’s won 11 of its past 13. Neither of those short streaks are going to hold into October, and I’d bet almost anything on Detroit counterpunching.

But beyond that, who knows? Almost anything can happen between two good teams over eight weeks of baseball. But Detroit handed out enormous contracts to Verlander, Cabrera, and Prince Fielder, then traded away Fielder, Fister, Austin Jackson, Drew Smyly, and others so that the team wouldn’t have to face this kind of nervous uncertainty in August and September. In short, so that it wouldn’t be exactly where it is now.

The Tigers have taken a serious regular-season body blow for the first time in years. Now, we’ll see if it knocks them out.

The 40 Most Atlanta Things About the Falcons in ‘Hard Knocks,’ Episode 2