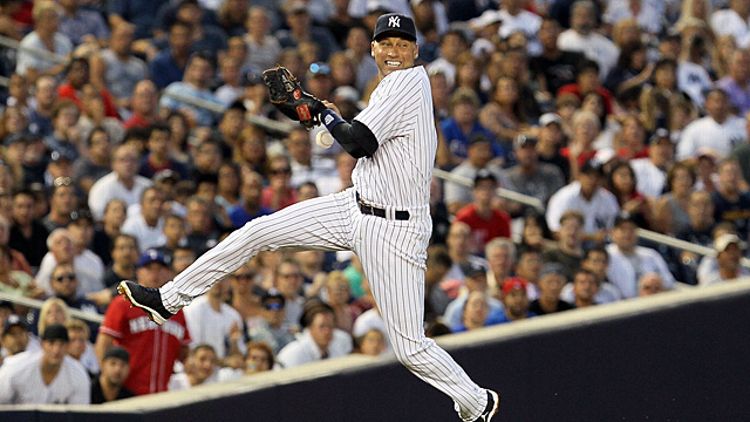 Baseball is a sacred trust. For some people, it’s almost a religion. (For the record, I was raised Catholic, but you hate to talk about your belief system publicly; your faith is a matter best kept between you, your God, and whatever Hall of Famers up in the Cooperstown section of Heaven you quietly pray to for guidance during difficult slumps. That’s nobody’s business but your own. And possibly St. Scooter Rizzuto’s.) So to knowingly betray our great sport feels like a sin. Baseball’s been around since the dawn of time, and in the early days of The Game, cheaters were punished like sinners: They were forced to wear jerseys made of sackcloth, sit in bottomless chairs in front of the local field, and be struck in the genitals with a pair of wet rosin bags tied to the end of a rope. Some might consider this barbaric, but it sent a powerful message about the importance of integrity in our sport. These days, you get a 50-game suspension the first time you’re caught cheating with steroids. Is that more or less “barbaric”? I don’t know, I don’t feel qualified to make that call. But I will say that if you really love the game, if you’ve got baseball religion, losing a third of a season should give you the same kind of queasy feeling in your lower abdomen as being repeatedly racked with a torture rope. You wonder if Bud Selig was reading a lot of Torquemada when he was figuring out how to replace those old punishments with ones that would hurt as much, but not violate the CBA.

Anyway, our old pal Melky Cabrera failed a drug test, and now he’s on the bench for 50 games while his team battles to make the playoffs. As someone whose entire life is defined by winning, your heart goes out to him as he’s forced to sit out the stretch drive, especially since he was making a charge at a batting title. Like I’ve said before, he was like family when he was with us in New York. You hope that this is just a terrible misunderstanding, but you also recognize that when your fat little brother suddenly looks like he’s ready for the NFL Combine, maybe you need to sit him down and make him watch that old Ben Affleck after-school movie with you. It’s not medicine. It’s cheating. And it’s a sad day for all of us.

In happier news for baseball, Felix Hernandez pitched a perfect game. That’s a special accomplishment, even if it happens in front of 45 fans in Seattle. They were probably pretty excited to witness it, and you can never take that away from them. You just wish that it happened in a city where more people could have experienced the magic of baseball history being made. I’m not going to suggest a better city, I’m pretty sure that could be considered tampering. It’s got to be tough for that kid, though. The biggest day of his life and everyone’s speculating about how the Yankees are going to trade for him, like we’re some kind of pitcher-relocation program. Not everyone’s cut out for performing on the biggest stage. Just last night, Tim Tebow called me up, bawling. A garbage truck drove by him and all the guys got off and started throwing trash at him. “But they threw it like girls, missed me by 10 feet, and said that’s how I throw! Then one guy intercepted a can of Clamato and ran it back for a touchdown! How do you play here, Jetes?” I just told him this: New York is the greatest city in the world, but it’s not for everyone. It’s a tough place. You just have to take it one garbage-throwing day at a time.

Good luck to Felix, wherever he winds up.

You always want to support your teammates, but we’re starting to wonder if Ivan Nova needs either a quick trip to the minors or 15 days on the DL sitting out a phantom hamstring pull to get his head straight. The kid’s got all the potential in the world, great stuff, and he’s always really calm out there. You can walk to the mound to check in on him with the bases loaded and nobody out, give him an encouraging, “Be aggressive, you can get this guy,” and then realize he’s been taking a micronap through the entire five-second conversation. That kind of relaxation is a useful skill to have once you’ve got things figured out a little bit more, but when you notice he’s already scratching pictures of birds in the dirt while the hitter’s halfway through a home-run trot, you start to worry there might be deeper focus issues. Yeah, Ritalin might be over-prescribed in America, but probably not for people who can’t concentrate long enough to remember if the catcher flashed one or two fingers five seconds ago. Or to throw two-thirds of an inning in his socks before he realizes his cleats are in the dugout.

Everyone knows I don’t place any importance on personal accomplishments that don’t help me top off the 11 ring-pillars (one more than Yogi) that circle the perimeter of the Champion’s Den at my place in Tampa (five pillars complete, with six more to go between now and retirement!), but tonight I hit my 250th career homer. It’s a meaningless milestone — why are round numbers any more special than unround numbers? — but I bring it up only because I dedicated it to a cause that’s been very dear to my heart: the release of Pussy Riot. Tragically, the band was sentenced to two years in a Russian prison early today, so my historic home run couldn’t help them avoid this injustice. You just hope the gesture brings some more awareness to the situation. As Captain, I understand the symbolic value of leading by example, and they’ve certainly set an example for all their countrymen by not backing down against the government. But you also wonder if maybe there was a way to get their point across without the hooligan stuff in the church, maybe some kind of closed-door team meeting with Vladimir Putin. That always seems to work for us. You hate to second-guess civil disobedience, but you also hate to see noble dissidents get railroaded into jail in a mockery of due process.

I hope they get the home run ball. Jay-Z said he’s going to give it to his buddy Mikhail Prokhorov and he’d take care of it from there. No pasaran, ladies.

Just one of those days, you know? Before the game, Jack Curry from YES started poking around, asking all kinds of questions about my health because he’s noticed I’ve been coughing a lot lately. I have a very strict policy about these things: I don’t talk about them. No one cares. But here’s my answer, anyway: It’s no big deal. They don’t pay you fight off low-grade tuberculosis, they pay you to help your team win ballgames. If I can hit .320 while quietly sloughing out bloody chunks of lung in the corner of the dugout between innings, I’m gonna keep running out there. It’s a non-issue.

You think Pussy Riot is complaining about a nagging cold? Of course they aren’t.

Three hits tonight, we get the W, and take two of three from the Sox. I told you the cough isn’t a problem.

Wow, that Melky situation got weird in a hurry, didn’t it? When you’re caught, you’re caught. Make your apologies, take your punishment, serve your time. One thing you don’t do is cook up some bizarre, elaborate plot to try and prove your innocence when they’ve got you red-handed. OK, fine, Ryan Braun. Whatever, the point stands.

After the game, Boone Logan came to my locker and started reading the Melky story over my shoulder.

Then he walked away.

You really want to be frustrated with the way Joba Chamberlain’s been pitching since he came back from his injuries, but (1) that’s probably a little bit unfair, since his recovery time from the Tommy John and the trampoline accident was impressive, and (2) then he goes and beans Kevin Youkilis, which is never not hilarious. Even Youk looked pretty amused by it, it feels as if he stopped getting upset by Joba’s mysterious vendetta about 10 plunkings ago, like a mailman who’s made peace with the Rottweiler on his route who hates the smell of Land’s End catalogs. I’d bet Joba doesn’t even remember why he’s still hitting him. No one else on the team seems to, either, though CC says he once framed Youkilis for sneaking into the clubhouse and eating all of Joba’s Little Debbies. That’s as good a theory as any. You don’t want to see a player on another team get hurt, but you also don’t want to see a revenge plot over some allegedly stolen snack cakes ever end. It’s a long season, you take your entertainment where you can find it.

Speaking of vendetta-nursing headhunters, there’s news that my friend the Rocket is coming back to pitch in the minors on Saturday night. You wish him the best, but he’s 50 years old. To put that in perspective, imagine someone who is 50 years old coming out of retirement to pitch in a minor league baseball game. See how insane that sounds? You have my personal guarantee that when I’m 50, I’m not coming out of retirement to play in a minor league game. Because I’ll still be the starting shortstop for the New York Yankees, putting some more distance between me and Pete Rose.

You don’t go out there expecting to shatter baseball’s most sacred record. You just get your hits, day after day, until the hits stop coming.