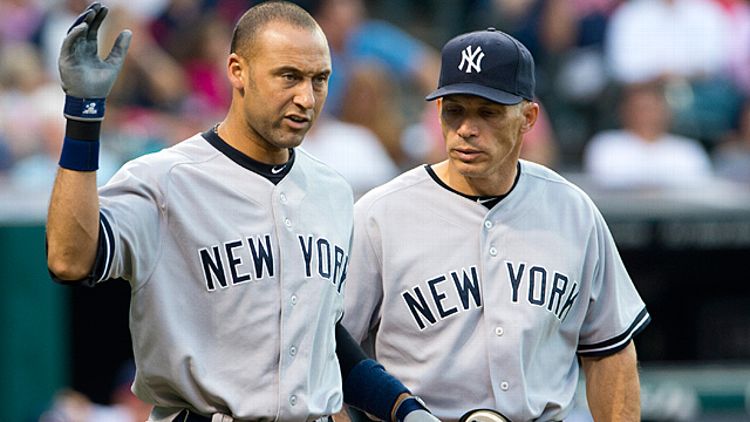 I’ve always had a pretty friendly relationship with the media. After each game, good or bad, I’ve been willing to meet them in front of my locker and answer every last question. I never cut the sessions short to hit the showers until the last reporter has walked away with all the sound bites he requires regarding my thoughts on always giving your best effort, the importance of winning, and trying to play the sport the right way. Some nights I’ll say those things 10, 20, 30 times. Do you hear me complaining? You don’t, because complaining’s not a part of the job. But answering the same questions over and over again for 17-plus seasons is. So you take it one microphone at a time, and at the end of the day, you hope that the quotes are there.

That’s how it’s always worked. A mutual respect developed between people just doing their jobs. But things have changed. The media’s changed. Bloggers you’ve never met face-to-face for a friendly, professionally distant exchange can go on the Internet and smear your defense with “advanced statistics” that can never capture the beauty of a leaping, questionably necessary throw from deep in the hole, because they’ve never looked you in the eye or even so much as asked for a visit to your Hall of Defense to see how difficult it is for your staff of trophy techs to keep your five Gold Gloves from tarnishing in the Florida humidity. Worse, guys who call themselves “journalists” can use the opportunity provided by unfortunate recent events involving a couple of your misguided former teammates to cast suspicion on you. There’s no accountability anymore. Just say whatever you want, get your headlines and your Internet high scores — there are no consequences. You hate to let your emotions get the better of you in situations like this, but sometimes you have to say it: That’s pretty not OK. All you can do is shake your head in a mildly frustrated manner, answer a hundred new questions on a tired subject that doesn’t concern you, and get on with your life.

For the record: I don’t condone whatever it was that my good friend Bartolo Colon did. I’m not even really aware of the details. All I know is that the guy on TV is yelling about how the integrity of my season is in doubt, which is nonsense, and that Bart left me a voice mail that sounded like someone trying to choke a sobbing man to death with a hot bag of double cheeseburgers.

He’s fine, by the way. Just kind of a rough night at the In-N-Out by the Coliseum.

You see what I’m saying about the media? Yesterday they’re all “It’s very suspicious that Derek Jeter can play baseball at a high level at the age of 38.” And today we’ve got “Derek Jeter is a legitimate MVP candidate.” Look, I don’t care at all about individual awards. We’ve been over this time and time again. I’m like a broken record about it. (Like a musical record, not like the all-time Yankees hit record, which they told me I surpassed on the way to our World Series win in 2009.) Yes, you’re always flattered when people put your name in that conversation, and yes, it would be a nice thing if it capped off another championship season. But unless that regular MVP trophy is bolted to the Series MVP trophy, I’m not going to waste my time thinking about it.

Know what title is more important than MVP? Captain. Now that means something. When you’re Captain, it’s not about stats, it’s about leadership. It’s about knowing when to put your teammates on your back. Being Captain’s like that poem about Jesus on the beach, except you’re on the infield. When Robbie Cano’s having a slump, sometimes he walks over to me, points at the dirt, and says, “Hey, Cap. I needed you. Why only one set of footprints?” And I always tell him, “That’s because I was carrying you.” Then he goes on a tear, we rip off a five-gamer, and those new W’s in the win column are all the recognition I need. Go ahead and give the MVP trophy to a pitcher again this year, see how little I care about making a mockery of the award two years in a row.

You never like to get hit in the head. It’s part of the game, but not a fun one. You just hope it wasn’t intentional, the hit in the head. When you get a rookie who thinks he can throw up and in on you, and he hits you in the head, it’s not a fun thing. Maybe you shout at the rookie a little about how he shouldn’t fun you in the hit like that. You hate to shout, but rookie, high in the head, not to do it, thank helmet.

Wow. It’s been a bad year up in Boston with the ball club pretty much out of contention by the middle of June, but you never expect something like this to happen. When the housekeeper found me curled up underneath the pool table in a puddle of my own sick this morning (the precautionary CAT scan came back clear, FYI) and told me about the big trade, I thought I was still hallucinating like last night, when the Boss’s ghost appeared to me via FaceTime in the master bedroom ceiling mirror and told me he’d just completed the biggest deal of his career: me, Mickey Mantle, and Lou Gehrig for Secretariat, Abraham Lincoln, and $4 billion in loose gold teeth. But that can’t be total coincidence, so maybe I just collapsed in front of SportsCenter while they were covering the Sox-Dodgers swap. And it’s not important. What’s important is that the Red Sox have blown up their team. Adrian Gonzalez, gone. Josh Beckett, gone. Carl Crawford, gone. Dodgers now. Who do they even have left at this point? Pedroia? Jon Lester? That mascot that kind of looks like Big Papi getting seasick on one of those duck boats? No, things weren’t working out for them with all those contracts, but you never like to see anyone but the Yankees benefiting from a salary dump. It’s a sad day for The Rivalry. At least they got Loney; that kid can rake.

I just have to get this out on the table: Don belongs with Sloan, not Maggie. It’s pretty clear he’s just asking Maggie to move in with him because he thinks that’s what a good guy would do. Just like Sloan said! See, she gets him. And I honestly don’t care if Jim and Maggie ever figure things out. They’ll just wind up like Will and Mac, with her a borderline stalker and him jammed up with so many antidepressants he can’t even feel anything.

I really need to have my agent get Aaron Sorkin’s number so we can get together and discuss this. I’m going to die if I don’t get some inside info. And Boonie will totally shit himself dry if I feed him some spoilers. Definitely going to make this happen — I’m not waiting around until next summer for the answers.

And now we’ve lost Tex for a week or two. You can’t complain about injuries, they’re a part of the game — in the East alone, Boston’s had their share, Toronto’s been pretty beat up, Tampa was playing without Longoria for most of the season. There’s not even any unusual gypsy activity around the Stadium, so maybe it’s just one of those things. We’ll wait it out. Tex is a fast healer. No need to panic. But I may need to show Robbie the footprints in the infield dirt again tomorrow and really get him going.

A-Rod took some batting practice today. That’s a great sign that he’ll be out on his rehab assignment soon and close to coming back and contributing. More important, he’ll have actual games to worry about instead of just bothering me all the time. Today he slid up next to me in the dugout in the fifth:

“Wanna see something, Jetes?”
“I’m charting this pitcher. Maybe later?”
“You’re not charting the pitcher on that empty Gatorade cup. I know how charting works.”
“Charting in my head.”

Alex pulls his leg up onto the bench and rolls down his sock.

He’s got a very purple and bruised new ankle tattoo.

It’s Eric Chavez’s face on a mermaid. The mermaid has baseballs for breasts. And no, they’re not baseball bras, because the baseballs have very large nipples.

“I designed it myself.”

He rolls up his sock. Chavvy’s on the top dugout step, oblivious, watching Andruw Jones take his hacks.

“Did you hear that the Dodgers called about Tex and CC, Jetes?”
“Yeah, I heard something about it. Just fishing for some big contracts, I’m sure.”
“Why didn’t they want my big contract, Jetes?”
“It’s a pretty huge contract, Alex.”
“I feel like they should’ve asked about me too.”
“Do you want to go to the Dodgers?”
“No!”

He gets up in a huff and takes a spot next to Chavvy, who immediately crosses to the other side of the dugout to pretend he’s looking for something in the bat rack.

“It’s just nice to be called about!”

Several heads turn for a moment. Then they turn back to the game.

The Sport of Opportunity: A Night of Memories and Missed Chances at Arthur Ashe Stadium