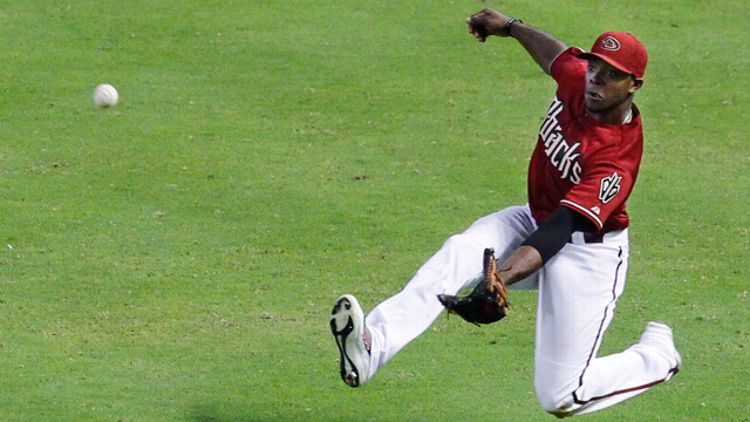 On Thursday, we broke down the seven-player trade that sent Justin Upton from Arizona to the Atlanta Braves.

• Asked if Justin Upton is an elite player

Towers said Upton is “a very good player, with the potential to be a superstar. Sometimes to be a superstar you have to be willing to pay the price and become that player.” He added that such progress was probably going to be difficult in Arizona, because Upton came up to the big leagues as a 19-year-old, became the face of the organization, and thus had expectations set very high from day one. When the team struggles, Towers said, the perception is that it’s Upton’s fault. “Going to Atlanta, where they have several star players and he’s not the face of the organization, he’s got a chance to blend in. I wouldn’t be surprised if he does well. He has a chance to become that elite player.”

Towers replied, “That’s accurate. That’s the way [manager Kirk Gibson] played the game. That’s how we won in 2011, and Justin was part of that club.” Towers lauded Martin Prado as having that kind of mentality, grinding out at-bats and not striking out. He added, “Justin played hard every single day,” and “he cared, he’s a competitor.” But because he had a bit of a “swagger,” and because of his general body language, people might have perceived him differently.

Towers said they did not feel that way. “We were prepared 48 hours ago for him to be our right fielder.” The Braves adding two players to the deal who weren’t in it before was what persuaded Arizona to pull the trigger.

Towers said, “Only time will tell.” The difference in this case, he said, was that the D-backs got a proven player in this one. “Both were good deals. The other one was more prospect-driven.”

Towers said, “We were going to do the deal anyway.” After he learned that the Braves had discussions last month with Prado about a possible extension, Towers decided to pursue the issue with Prado’s agent, Peter Greenberg. And now, he said, the Diamondbacks are “cautiously optimistic we’ll have him beyond this year.”

We Went There: Knicks-Celtics Bring the Rumors and Melodrama at North Station