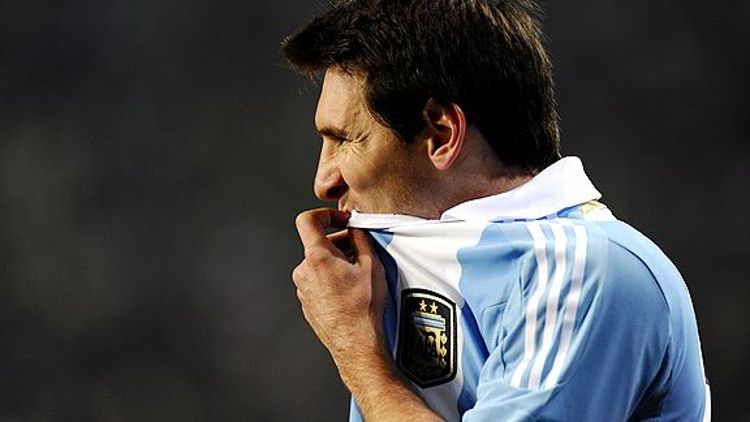 Up is down, black is white, Messi is playing like he has acid reflux and it’s winter in Argentina. It’s the 2011 Copa America and (say it with me in your best Don LaFontaine voice): Nothing is what it seems! Here are some storylines coming out of the first week and into the second, as group play heats up.

Don’t Cry For Them … Yet: To get the most out of Lionel Messi, Argentina manager Sergio Batista wanted this Albiceleste team to play like Barcelona. I want my pickup basketball teams to play like ’89-’90 UNLV, but that doesn’t make me Anderson Hunt. And Batista’s wishes sure haven’t turned Ever Banega into Xavi.

This Argentina side looks more like a tactically undisciplined version of Inter Milan, with a midfield full of destroyers who can’t seem to link up with the all-world forward line of Messi, Carlos Tevez and Ezequiel Lavezzi.

Over two matches, Argentina has drawn twice, scored once, and generally looked disheveled and suspect in the back. It only drew with Colombia — which was fiercely led by Porto’s Fredy Guarin — due to the heroic efforts of its keeper, Sergio Romero.

More worrying, Messi looks tired of being kicked and looks unimpressed with his teammates. The two-time Ballon d’Or winner is often heralded for the childlike joy with which he plays. During this Copa he has remained childlike, just not in a good way; head down, petulant expression, and looking like he wants to take his ball and go home.

Problem is, he is home. This is supposed to be Messi’s tournament. And while you can point to bad service, tons of pressure and, possibly, fatigue associated with playing a club season as packed as Barcelona’s, he’s still not playing anywhere near what he’s capable of.

Argentina now has a mini-final, of sorts, on Monday against Costa Rica. To ensure passage to the knockout stage it needs a victory (and for its psyche it could use some goals).

There Are No Minnows In South America: As Brazil learned in its 0-0 opening match draw with Venezuela, as Uruguay learned in its 1-1 draw with Peru and as Argentina learned as its own fans booed the team off the pitch after its 0-0 draw with Colombia, there is no such thing as an easy match in the Copa America. At the risk of giving anyone who has taught me creative writing an aneurism, this competition could, thus far, best be described as … competitive. The matches are tight, with teams like Peru not willing to bow down just because they see Uruguay’s Diego Forlan and his like-he-just-got-out-of-the-salon mane waving in the stadium lights.

The Biggest Losers? The Children: The first week of summer tournaments can often be a little shaky. You’re getting a group of players no doubt tired from their club seasons, some of them playing out of position or not being utilized in the same way they’ve grown accustomed to, and all of them playing under the weight of their national flag.

This first week of matches have seen a lot of getting-to-know-you and not a lot of goals.  With the exception of Chile’s 2-1 win over Mexico, you wouldn’t call any of these matches thrillers, much to the dismay of UNICEF, who is receiving $1,000 for each goal from the tournament’s sponsors. So far the charity has notched up only a $10,000 tab.

Goal Of The Week: Sergio “Kun” Aguero’s equalizer against Bolivia. Gifted to him from Nicolas Burdisso’s perfect chest pass, Kun smashed a volley into the Bolivia net with a goal that, in retrospect, has pretty much saved manager Sergio Batista’s job and the collective sanity of the host-country fans.

Shouts to Mexico’s Patricio Araujo and his dolphin-like header against Chile  and Uruguay’s lovely team goal against Peru, buried by Luis Suarez.

What To Look Forward To: I’m going to keep predicting these matches will look like the OK Corral until I get what I want. So expect some Wild West action between Uruguay and Chile tonight.

Saturday, we’ll see whether Mano Menezes can coax a more spirited performance out of his Brazil side as they take on Paraguay.

This is all a preamble, of course, to Argentina’s put-up-or-move-to-Belize match against Costa Rica on Monday. As Javier Zanetti said at a Friday presser, “Fans are waiting for Argentina to play a great game on Monday.” For the sake of the national emotional stability of their country (and the world’s children!), let’s hope they deliver.