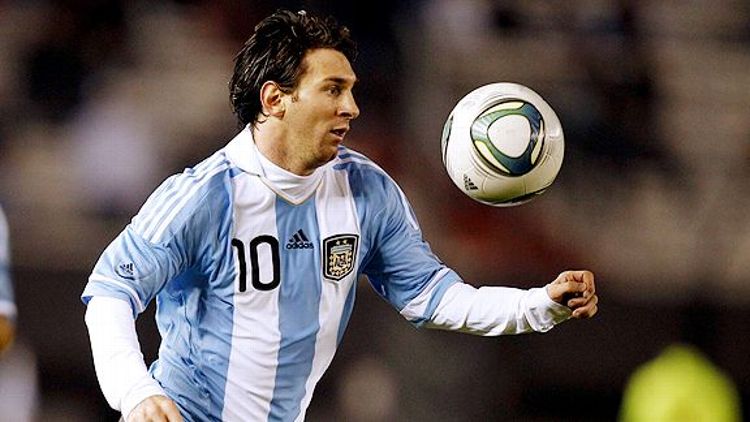 Like the Gold Cup, the only thing at stake in the Copa America, South America’s regional tournament, is an invitation to the 2013 Confederations Cup. That and continental bragging rights, the future of some of globe’s most powerful footballing nations, the employment status of several coaches and the still-in-the-writing legacy of the greatest player in the world.

Expect dives, diving two-footed tackles, dizzying golazos and dazzling haircuts. Friday will see host nation Argentina against Bolivia at the Estadio Ciudad de La Plata. Here’s a bluffer’s guide to the group stages of what could be the best football tournament of the summer.

Best Match Of The Group: Argentina vs. Colombia, July 6

We Must Protect This House: Argentina versus Brazil might be the world’s greatest football rivalry. But as rivalries go, Argentina has not been much of a rival. Brazil has won four of the past five Copas and is two-time defending champion, tagging Argentina, 3-0, in the 2007 final. With home-field advantage as well as best-player-in-the-world advantage, the stage is set for La Albiceleste to win their first Copa America since Gabriel Batistuta led them to glory in 1993.

Player To Watch: Watch Messi live. DVR Messi and write free verse poetry about the slow-motion replays of his runs. Gather your family around the television and do Kevin Costner “back and to the left” presentations of his highlights. In past years Argentina has been built around Juan Roman Riquelme’s clairvoyant passing or it’s been defined by now ex-manager Diego Maradona’s psychedelic press conferences. This year, it is Messi’s side. National team glory is, amazingly enough, the only blank spot on this 24-year-old’s already legendary resume. With the adoring home fans flooding the stadiums, this will be his best chance to remedy that situation.

Also keep an eye on Colombia forward Radamel Falcao, who helped his club side, Porto, win the Europa League title this past season.

Who Will Go Through: Argentina should waltz tango through to the knockout stages. It will likely be joined by a strong Colombia team, featuring a back line anchored by the formidable Udinese centre back Cristian Zapata.

Brazil Is Dead. Long Live Brazil: Brazil will attempt to win its third straight Copa America with a team in transition. The World Cup side of Dunga disappointed some Selecao fans with their pragmatic, somewhat defensive style of play. New manager Mano Menezes has pledged to bring back the national team’s famous flair. Providing that flair, both in terms of football and hair, will be controversial starlet Neymar, who is partial to falling down at the hint of a light breeze and wearing masks of his own face when celebrating a goal. This will be Neymar’s coming-out party before a likely move to European club football.

Match Of The Group: Brazil vs. Paraguay, July 9

Player To Watch: While the flicks, crossovers, rooster hair and play-acting of Neymar will grab headlines and provide fodder for YouTube compilation videos, the playmaking wizardry of his Santos teammate, Ganso, deserves equal attention.

Who Will Go Through: Brazil and a typically solid, if typically unspectacular, Paraguay.

Boys Will Be Boys: If Bielsa was still manager of Chile and this wasn’t an Under-22 Mexico team that had just been fileted by a sex scandal, you would be well within your rights to say this was the toughest group in the tournament. However, Marco Bielsa is now an unemployed eccentric genius, Claudio Borghi is now in charge, and the Mexican team will be without the talents of players such as Jonathan Dos Santos (brother of Gio, whom Tim Howard may remember from the waking nightmare that was the Gold Cup final). That being said, Group C could provide the most brazenly attacking football and intense competition of the group stage.

Match Of The Group: Chile vs. Uruguay, July 8

Player To Watch: I’ve personally never been attacked by a Pterodactyl, but I imagine that’s what it’s like for keepers who see Edinson Cavani coming at them. El Matador may be the most electrifying player on the planet not named Lionel. Also keep an eye on Chile’s winger, Alexis Sanchez. The Udinese attacker is rumored to be on the verge of completing a move to Barcelona and will apparently be flying to Spain to complete the deal right before the tournament. Despite the jet lag and his newly fat wallet, expect Sanchez to shine against attacking sides like Uruguay.

Who Will Go Through: Expect Chile and Uruguay to advance, with plenty of goals along the way. It would’ve been a great story to see a youthful Mexico side go through, but when it comes to “having female guests” in your hotel room, the heart wants what the heart wants.

The Weekend That Was: Terrible Nicknames, a Call to Duty, and TV Binges

The Grantland Top Five: Dennis Rodman's Saving Babies, Josh Hamilton and the Rest of the Week in Sports and Culture