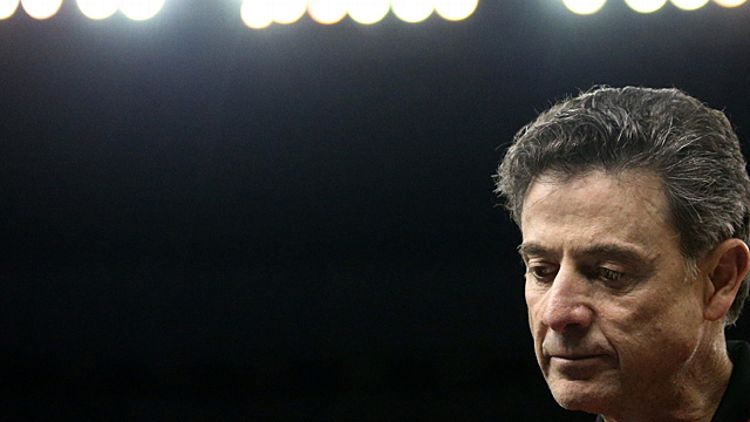 Last week, we looked at the Dangerous Outsiders, the Royal Blues, and the Title Snipers. See the box below for those links. This week, we turn to four legitimate championship contenders. So far we’ve examined NC State and Ohio State; today, it’s the Louisville Cardinals.

Your mission, as a gambler, should you choose to accept it, is to pick a national champion from two groups. Group one comprises the top five teams in the preseason polls — Indiana, Louisville, Kentucky, Ohio State, Michigan. Group two is everyone else. Whom do you take? My initial reaction was to pick the top five and laugh all the way to the bank. But I was intrigued last week when my pal Matt, a Kentucky fan, told me he’d take the field. It’s not that he thought any particular team outside the top five was better, but just that those five teams weren’t strong enough to make him think they had more than a collective 50 percent chance to produce the eventual champion. Without a prohibitive favorite, he’d rather take the 20-30 teams below them that might have a shot, if only for the numerical advantage. I wasn’t sure I agreed, but the idea was interesting enough that I looked back on College Poll Archive to see how often a team outside the preseason top five ended up winning the title.

Teams ranked no. 1 won seven times, which was the most of any ranking, so it’s still best to be top dog. Hurray for Indiana. But teams that were unranked in the preseason won the same number of titles — four — as teams ranked second in the country. Sorry, Louisville.

It’s a small sample size, but since 1980, you’d have a 57.6 percent chance of winning the bet if you went with the top five. Then again, it’s close enough that if you really feel that we’re in a “wide-open year” — which is the prevailing wisdom among the experts — it’s probably smarter to take the field. The last two times we had a year without any real powerhouses, in 2010 and 2011, a no. 9 team (Duke) and an unranked team (UConn) took the title. And both of them beat Butler, who started outside the top five, in the national championship game.

The Gist: Rick Pitino, whose contract was just extended through 2022, returns three starters and a significant role player from last year’s Final Four squad. The Cardinals boasted the best defense in the country by adjusted efficiency (points allowed per 100 possessions) last season, and with a veteran corps that includes the Big East’s leading shot blocker patrolling the interior, they could actually be even better in 2012-13.

Then there’s Pitino, the maligned icon who persists through lechery and thinly disguised arrogance as one of the most talented coaches in America. Last week, I said that if I had to start a college program from scratch, I’d take Kansas’s Bill Self as my coach. But if I needed a coach to step in for a single game and maximize the talent on the floor through a combination of strategy, experience, and charisma? There are only two choices — Tom Izzo and Rick Pitino. Slick Rick did so much amid a plague of injuries last season — peaking at exactly the right time for a Big East championship run and a Final Four berth — that it’s a bit terrifying to consider what he might accomplish with a healthy roster. He’s got it, at least for now, and despite a few obvious shortcomings, Louisville deserves to be at the forefront of the national title discussion.

Strengths: De, De, De, De-fense. Peyton Siva and Russ Smith return to form an undersize backcourt that held opponents to the 18th-lowest 3-point field goal rate in the country last season. They’ll be joined by either George Mason transfer Luke Hancock or Wayne Blackshear, who looks to be healthy after missing a majority of last season with a shoulder injury. If you want to use team scrimmages as a barometer, it looks like Hancock has been playing with Siva and Smith and will probably start. Obviously, that should be taken with a grain of salt, but either player gives Louisville a bit of size on the wing.

They won’t be lacking for height at center, where 6-foot-11 junior Gorgui Dieng will try to build on last season’s Big East–leading 128 blocks. Conference all-rookie selection Chane Behanan will join him in the post, fresh off a strong late-season run that saw him win Most Outstanding Player honors in the West region. Behanan may be the weakest link defensively, but he’s a natural rebounder who put up the 103rd-best offensive rebounding rate last year.

Unlike a lot of great team defenses in college basketball, in which a stall offense supplements a packed-in, muscular man-to-man defense, Louisville will employ the aggressive press that spans the entire court and has become a Pitino trademark. Fatigue, not frustration, is their primary weapon, and it somehow feels more noble than the Wisconsin approach. It works, too; I’d be shocked to see them outside the top five in efficiency or effective field goal percentage.

The Cardinals will also draw strength from their deep bench, with freshman Montrezl Harrell and 6-foot-10 Zach Price ready to play key minutes inside. Also look for Kevin Ware to improve on a rough freshman campaign at guard.

There are lot of questions to be asked about Pitino’s offense. Peyton Siva — the Big East preseason player of the year and, more importantly, an early co-contender for the Methuselah of the Year (player who seems like he’s been in college way too long) with Kenny Boynton — was excellent at the end of last season, playing with a controlled fury that transformed his team into a conference champion and title contender. It was a marked change from the chaos of his early college career. Feel free to duplicate those fledgling seasons on your own by finding a gym, driving into the lane, and throwing the ball as hard as you can in a random direction. Has he completely shed the old ways? We’ll see.

Russ Smith is one of the weirdest players in college basketball. He seems to make horrible decisions all the time, barely shoots 35 percent from the floor, and drives Pitino crazy. And yet, he’s a superb energy guy who comes through in big moments. Remember his 19-point performance in the Elite Eight game against Florida, including seven in the epic comeback? Classic Smith.

There will be a large scoring onus on Hancock and Blackshear, especially considering that the team lost more than half their 3-point production with the departure of Kyle Kuric and Chris Smith last season. And when you look at the 3-point percentage of those returning … well, Russ Smith was the highest at .306. That’s not good.

Inside, Behanan and Dieng will have to average double digits (both were slightly under 10 last season) to boost the overall scoring. Like Siva, Behanan’s game transformed toward the end of the season, and Louisville fans are optimistic that he’ll be ready to become one of the team’s primary options this year. But as good as Benahan was on the offensive glass, Louisville’s lone weakness on defense was keeping the other team off the boards, and that could continue to be a problem area with the lack of team size.

Oh, one more weakness: The KFC Yum! Center is the worst arena name in sports. Ever.

Relevent Les Misérables Quote: Do I need to keep explaining myself here? The movie’s coming out in December, the whole world is excited, and we’re doing it.

“Who is this man? What sort of devil is he? / To have me caught in a trap, and choose to let me go free! / It was his hour at last to put a seal on my fate. / Wipe out the past and wash me clean off the slate! / All it would take was one flick of his knife … vengeance was his, and he gave me back my life!”

Javert’s insanity after Valjean lets him go, turning his long-held convictions on their head and shattering his world, is the same emotional temperature experienced by opposing guards trying to break down Louisville’s defense. And who among them won’t be eager to call Rick Pitino a devil? I mean, LOOK AT HIM!

Confident, Insightful Projection: To me, Louisville’s trajectory is the hardest to predict of any top-10 team. They could win a title, but so much depends on the development of the offense. And until we know what that unit is capable of producing, we should remember that in the middle of their great postseason run, the Cardinals squeaked by both Davidson and New Mexico in the first two rounds of the NCAA tournament. A team with great defense and questionable offense can win any game, but they can also lose any game. I’m going to split the difference and give Louisville a trip to the Elite Eight, a step shy of the Final Four

(But hey, if Siva’s as good as everyone thinks, I’m allowed to take it all back … right? Right?!)