BQBL: Your Guide to the Playoffs of Quarterbacking Atrocities (Plus the Week 16 Scores) 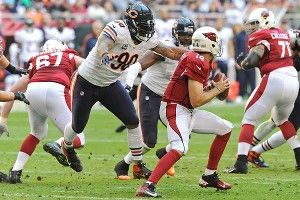 Being that Tuesday was Christmas and all, we decided to post this little scoring update a bit late so everyone could get their BQBL finals matchups in order for Week 17. In the event that you aren’t familiar with the playoff structure, please refer to this post from last year and adjust your leagues accordingly. Basically, it boils down to this:

1. Single-elimination tournament
2. The top four teams in the league are in. Everyone else is out.
3. Those four keep one team’s QBs already on their roster, and every team not kept is available for the playoff draft.
4. The four teams draft in order of their seed (tiebreaker is total points scored) until each has a new four-team roster for the playoffs. It’s a non-snake draft — same order each round.
5. Week 16: no. 1 seed vs. no. 4 seed, and no. 2 seed vs. no. 3 seed
6. Week 17: Winners face off in the championship game

Now, if are reading this post and saying to yourself, “That is great and all, but I would have loved that information LAST WEEK because I didn’t know that Week 16 was the first week of the playoffs,” then I have a solution. Take the top four teams in your league and set up a four-team final heading into Week 17. I always thought that having more than two teams to go head-to-head in a football fantasy league would be fun anyway.