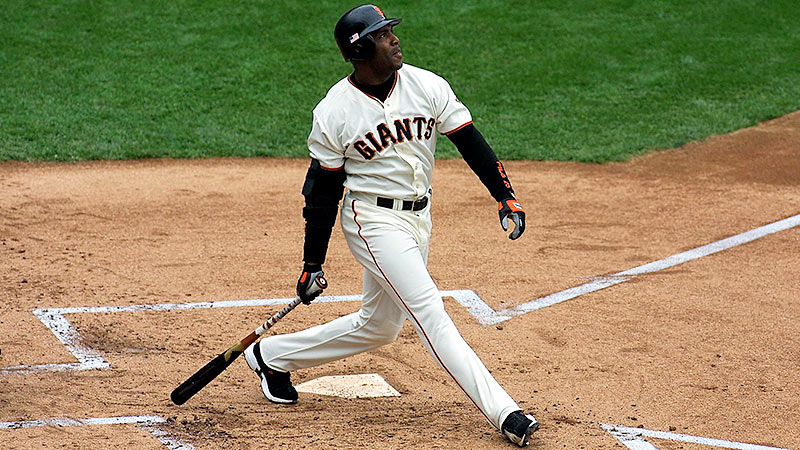 Troy Tulowitzki has cooled off a bit after his torrid start, going 5-for-21 over his past seven games. Considering my recent track record of cursing star players to horrible fates merely by saying nice things about them, Tulo’s mini-slump isn’t much of a surprise.

Even amid that minor cool-down, though, Tulowitzki’s numbers over the past 30 days still look like something we’d be more likely to see from Paste than someone in real life: He’s posted a .407 average, .527 on-base percentage, and .837 slugging average, with 10 homers, 27 runs scored, and 27 runs batted in, crushing all other hitters during that span. Tulo’s run got us thinking: Where would his hitting binge rank among the greatest monthlong batting performances of all time?

The Baseball-Reference Play Index had the answer, with one notable caveat: Random 30-game stretches like Tulo’s proved very difficult to search, but I was able to run a query to see which hitters posted the best numbers in a single calendar month over the past 100 years. Since Baseball-Reference wraps March stats into April and October stats into September, I stripped those out to create single-month samples. (Hat-tip to ESPN Stats & Info for help on that front.)

Here, then, are the 10 best offensive months of the past century by OPS, with a minimum of 50 plate appearances.

Bonds hit .341/.529/.749 in 2003 … and it was easily the worst season of his preposterous 2001-04 run, a stretch we might never see replicated in this lifetime. Bonds also posted his second-lowest games-played total in nine years, as injuries and an increased need for rest restricted him to just 130 games. Still, he was on point in July, cranking better than one home run per six at-bats and walking 26 times against just 10 strikeouts.

Spend 10 seconds talking to me over Molsons, and you’ll know where I stand on the 1994 season, its cancellation, and the biggest casualty of that whole mess. That crippling blow to a teetering franchise was merely one of many bowls of crap dished out to fans that year, though. We missed a chance to see Matt Williams chase Roger Maris’s single-season home run record and Tony Gwynn make a run at .400, an accomplishment that hadn’t occurred in 53 years at that point. But let’s not forget the disappointment of seeing the Big Hurt’s best season cut short. Thomas was an absolute machine in ’94, leading the league in OBP, slugging, walks, and runs, cranking 38 homers and 34 doubles in 113 games, and winning MVP honors in a season that ended seven weeks too soon. He was particularly unstoppable in May, leading the White Sox to a 16-9 record and building an AL Central lead that the Sox owned when play stopped for good on August 11.

It’s a weird and unfortunate quirk of history that the two future Hall of Famers born on the same day (Thomas and Jeff Bagwell) and one of the three greatest pitchers of all time (Greg Maddux) peaked during the only season in the past century that wasn’t played to completion. (You could argue that Maddux might have been as good or slightly better in ’95, though that was also a strike-shortened year.) That kind of greatness doesn’t come around often, and we’re all worse off for having missed out on the rest of it.

We can measure a player’s supreme dominance in all kinds of ways, and no matter which path we choose, Babe Ruth comes out at or near the top. Fame? Ruth remains the most iconic baseball player of all time by a wide margin. Candy bar tie-ins? Yes, even if the Curtiss Candy Company coyly denied any connection. Raw numbers? Ruth’s certainly stand the test of time.

I’ll go with another, less tangible metric: being the only player to single-handedly cause the end of an era in a major professional sport. Until the end of World War I, baseball languished in the dead ball era, a time characterized by low scoring (1908 was the lowest-scoring MLB season ever, with teams averaging just 3.4 runs scored per game) and tiny home run totals. Ruth started to change all that by cranking 29 home runs in 1919, smashing all previous records and putting a huge dent in the dead ball era. The 1920 season buried baseball’s no-scoring ways for good, and Ruth was at the center of it all. The Bambino swatted 54 long balls in his first season as a Yankee, instantly transforming from a mere baseball player into a one-man phenomenon. He hit 13 homers in July, more than the league leaders hit in all of 1916, 1917, or 1918.

(There are no footnotes in today’s column, but it should be noted that after Carl Mays killed Ray Chapman by inadvertently striking him in the head with an errant spitball on August 16, 1920, MLB began cracking down on doctored pitches and making a much bigger point of putting clean, new baseballs into play, which also led to more offense.)

Oh, hey, it’s Bonds again. As much as critics ripped him for his alleged PED use, there are no known steroids that create a supernatural batting eye, and in addition to hitting the ball a mile, Bonds at his best also refused to swing at anything he couldn’t handle. This created otherworldly walk-to-strikeout rates (including 37 walks, 26 of them unintentional, against just seven strikeouts in August 2002) and sky-high batting averages. This was the year Bonds hit .370, the fourth-highest full-season mark in the 21st century, and his August run was merely one of several gigantic months in 2002.

Only Sammy Sosa’s 20 homers in June 1998 and Rudy York’s 18 bombs in August 1937 topped the 17 Bonds hit during the single-month high of his record-breaking, 73-homer season. This wasn’t the Bonds of 2002 and 2003, swinging and missing about as often as Burt Reynolds at the height of his powers. Bonds was aiming for the moon seemingly every time up in 2001, and his 24 strikeouts in May marked the 10th-highest total for any of the spectacular months Baseball-Reference spit out. Still, the approach worked, Mark McGwire became a very loud runner-up, and that was that. Now watch Barry sock a few dingers.

Even with all the sophisticated metrics at our disposal today, we still don’t quite know what to make of Coors Field. So, you can imagine the skepticism many observers — statistically minded or not — have about stats from a generation ago, when Coors questions and the PED era combined to cast doubt on the greatest Rockies hitters of that era. It happened with Larry Walker, and it sure as hell happened with Helton.

The Rockies first baseman put up the kind of unadjusted numbers (.316/.414/.539, 1,401 runs scored, 1,406 RBI) that should easily whisk him into the Hall of Fame. Of course, those assessing his Cooperstown worthiness will very likely adjust more than they should. Still, no amount of accounting for era, park effects, lousy pitching, wind patterns, or parting wishes can explain away Helton’s magnificent 2000 campaign. And any month that sees a hitter bat .512 while slugging 1.000 deserves to be recognized, no matter the circumstances.

I swear I didn’t cook up this article idea as a way to sneak in a discussion of one of the greatest and more underrated Montreal Expos of all time. Sometimes life just hands you a little bonus.

Bailey was a bonus baby himself, signed by the Pirates for a then-record $135,000 out of Woodrow Wilson Classical High School in Long Beach. As often happened in that time, the huge dollars given to an untested 18-year-old prompted the player to be rushed to the big leagues in 1962, where he predictably struggled in his first exposure to top-level competition. By the time the Expos came into existence, Bailey had gained a reputation as a lousy fielder (deserved) and middling hitter (undeserved), someone so lightly regarded that neither Montreal nor its expansion cousin in San Diego bothered to take him in the draft. Instead, the Dodgers pretty much gave him away to the Expos a couple months later, and what Montreal got was a commodity that would’ve made Billy Beane drown in a puddle of his own drool 30 years later: a player right in his prime (26 years old) who would become a walks machine long before anyone (but Earl Weaver) cared all that much about fostering that skill in hitters.

That 1970 season saw Bailey draw 72 bases on balls in just 429 plate appearances, giving the Expos a fierce 1-2 punch of OBP hounds along with Rusty Staub. Curiously, Bailey’s historic month wasn’t much for walks, as he managed just eight of them in July. He hit the snot out of the ball, though, posting the second-best slugging average for any hitter with 50 at-bats or more in a single month. And he did that in an era far less conducive to big offensive numbers than the PED era, or the post–dead ball era.

You might never think to utter Bailey’s name alongside all-time greats like Ruth, Bonds, or Thomas. But for one month, he could have hung with any of them.

There are some days when I wish I could board a time machine and see the all-time greats who played before I was around to watch: Walter Johnson and his unhittable fastball; Ty Cobb and his spikes-high give-no-fuckery; Jackie Robinson and his run at history.

The good news is that I got to see Ted Williams in his prime. He went by “Barry Bonds.”

Conference Finals Preview: Miami-Indiana, a Year in the Making