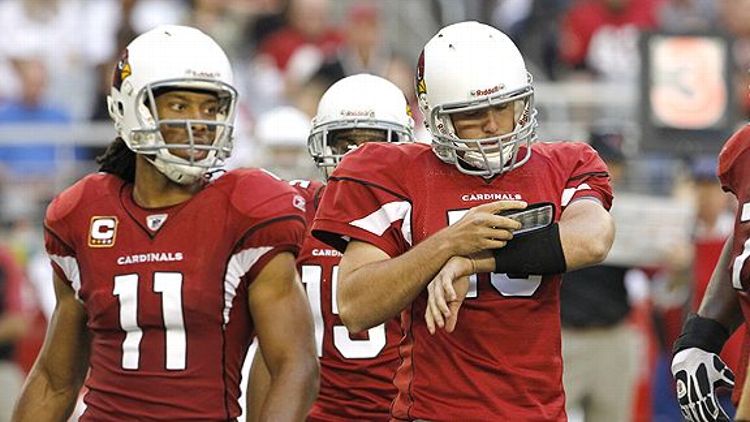 Injuries are inevitable in professional football. Bones, ligaments, and consciousness are weekly casualties in the war waged between the pickup truck and Geico commercials every Sunday on your TVs. It isn’t funny when football players get injured. Watching their replacements terrible their way through the rest of the season? That is funny.

BQBLers, meet Tyler Palko, Matt Leinart, and Caleb Hanie. They are now starting quarterbacks in the National Football League. In life, contingency plans are rarely given the attention and respect they deserve, and it’s no different in professional football. Just two weeks ago, these three men were their teams’ forgotten Plan B. They received limited reps in practice, were tasked with merely following along on game day, and were ignored once they were back in street clothes. Now they are starting quarterbacks tasked with leading their teams into the playoffs. Their fan bases couldn’t be more concerned, their BQBL owners couldn’t be more ecstatic. There is little doubt that by the time you read the BQBL scorecard a week from today, one or more of these men will have interceptioned his way into a 50-point game. Heck, Hanie could go triple digits in the first half. I couldn’t be more excited to see what these men can’t do in Week 12. But before we get ahead of ourselves, there were some really great awful performances in Week 11.

Arizona Cardinals (John Skelton and Richard Bartel), 75 points: John Skelton looks the part. He’s tall, he has a groomed beard covering a muscular jaw, and he has an athletic gait that inspires confidence. His play did not inspire confidence. His play inspired Cardinals coach Ken Whisenhunt to put him on the bench in favor of the pride of Tarleton State University, Richard Bartel. Let’s see how Skelton found himself out of the helmet and into the headset, interception by interception:

First Interception:
Title: Perplexing Palindrome
Time: 9:34 left in first quarter
Inner Monologue: “All right, I am 0-for-2 so far and got that first three-and-out out of the way early. I am Stella and this second drive is where I am going to get my groove back. OK, my receiver is supposed to be open, but all I see are a red no. 25 jersey on his right and a red no. 52 jersey on his left. Whoa, he is full-on locked into a defensive palindrome. I love palindromes, aren’t they so much fun? My favorite one is “Lisa Bonet ate no basil.” I have never seen Lisa Bonet eat basil, so I am sure it is true. OK, if I just throw it into the center of this defensive palindrome I should be fine. Oops. Can defensive players get joint custody of an interception?”

Second Interception:
Title: Too-Deep Coverage
Time: 6:23 left in third quarter
Inner Monologue: “I have seen Kurt Warner do this a ton of times. All I have to do is finish this play action, find that Fitzgerald guy, and throw the ball as far as I possibly can in his general vicinity. I swear this same approach almost won the Cardinals the Super Bowl a few years ago — I remember watching it in my college dorm. OK, did that play action part, found Fitzgerald, threw the ball as far as I could … wow, I must have a much stronger arm than Kurt Warner did. Is he around here anywhere? They might pull him from the stands and put him in pads at this point.”

Third Interception:
Title: Hot Pocket
Time: 3:02 left in third quarter
Inner Monologue: “OK, all I have to do is control the ball and hit Fitzgerald on this simple crossing pattern. Remember, Johnny, don’t overthrow him like you did last time … oh no, overcorrected, that was about seven yards short and into the hands of the 49ers defense. Coach Whisenhunt is not going to be pleased. When he asks what I was thinking on that play, I am just going to look him right in the eye and say, ‘Are we not drawn onward, we few, drawn onward to new era!’ I bet palindromes confuse him, too.”

Whisenhunt did think they were drawn onward, onward to the era of third-string QB Richard Bartel. Bartel didn’t do badly for himself; he ran once for nine yards and threw for 64 yards, and finally got the Cards on the board with a meaningless touchdown. I think we will see more from Bartel in BQBL scorecards to come. I have some Googling to do.

Buffalo Bills (Ryan Pickspatrick and Tyler Thigpen), 66 points: Remember October 30, when the Bills were 5-2 and Ryan Pickspatrick was still Ryan Fitzpatrick? Buffalo fans do. That was back in the fall when they could leave their homes without worrying about wind chill, frostbite, and not making the playoffs. Things have changed.

In the three games this month, Pickspatrick has thrown seven interceptions, hasn���t had a quarterback rating better than 52, and his scraggly beard now looks so dumb everyone has completely forgotten he went to Harvard. On Sunday, Pickspatrick put together his fifth multiple-interception performance of the season, fumbled three times, and was benched in favor of Tyler Thigpen. To be fair, both of Pickspatrick’s interceptions were tipped balls, so he has an excuse there, but unless he is the bassist for a ZZ Top cover band, there is no excuse for the beard.

Kansas City Chiefs (Tyler Palko), 37 points: Imagine you are Tyler Palko. You are getting your first start of your NFL career on Monday Night Football against Tom Brady and the New England Patriots. Before the game, you’re anxious, you’re prepared, you’re nervous, and you’re excited. You just want to get out on the field and play because somewhere in your psyche there is a little voice that says, “Tyler, what if, man? What if you beat the Patriots tonight? Here in Foxborough on Monday Night Football, wouldn’t that be cool?” Then the game starts. At the end of the first quarter you are 6-for-7 and you have a 3-0 lead. That little voice in your head starts to get louder, “Tyler, this is your time, dude. This is your night. You’re outplaying Tom Brady, you’re outplaying Tom Brady on Monday night, and you’re looking pretty good doing it.” Eventually, Brady puts a touchdown and a field goal on the board and you head in the tunnel for halftime down only 10-3. Then the voice in your head says, “OK, this isn’t over, the second half is all yours, Tyler. Just protect the ball and give the defense an opportunity to make some plays.” At this point, anything seems possible for you, a game-winning drive, a Monday-night upset, even a playoff run. Well, it didn’t work out that way. The wheels completely came off, and that little voice somewhere in your psyche is no longer so supportive. “Tyler, maybe the NFL isn’t for you,” it says. “Maybe you should just bow out now and re-sign with the Montreal Alouettes.” Perhaps that little part of your psyche is right, too. On Sunday, you host Pittsburgh, which has a defense that makes New England look like the Alouettes. OK, you can stop imagining you are Tyler Palko. Feels a little better being you now, doesn’t it?

New York Jets (Mark Sanchez), 35 points: What was the takeaway from Week 11’s Thursday-night game? Tim Tebow is the greatest quarterback in the history of the NFL. What did that overshadow? The fact that Mark Sanchez threw a backbreaking pick-six with 4½ minutes to go in the third that set the table for the Tim Tebow miracle. Plaxico ran a 7-yard hitch that André Goodman jumped right in front of, and Sanchize decided to throw it in his direction regardless. It was a decision that I imagine Sanchez regretted as he watched Goodman glide in front of Plaxico and make the interception. However, I am 1,000 percent positive it was a decision he regretted as he watched Goodman glide into the end zone and he extended the ball toward Sanchez doing that uber-disrespectful/uber-entertaining “Hey, look what I have and look where I am going” taunting thing. I am always amazed how quarterbacks restrain themselves from trying to do the same with their opponents’ head. Oh, wait, Matthew Stafford tried that last week, my bad.

St. Louis Rams (Sam Bradford), 33 points: Versatility is important to the quarterback position. Week 11 Sam Bradford demonstrated his range in the BQBL. We always knew that he could throw picks, but this week he added not one but two lost fumbles to his tally. Hopefully next week Bradford will take it too far and score the first-ever BQBL mug shot points.

Perhaps coach Pete Carroll should consider putting Rice atop the QB depth chart.
Cincinnati Bengals (Andy Dalton), 20 points: Sure, Andy Dalton had three picks. And he fumbled. And he lost. But Dalton hung 373 yards and a touchdown on the Ravens defense and had the Bengals in a position to win the game. It’s official: The first pick in the BQBL draft looks like a better quarterback than the first pick in the NFL draft.

Oakland Raiders (Carson Palmer), 16 points: I am going to throw it out there: Carson Palmer has really settled down since he was torn off of the country club 15th tee and put under center for the Raiders. That first “Nice to meet you fellas, my name is Carson, I will be the starting quarterback” start aside, he has thrown for 332, 299, and 164 yards. The Raiders are 6-4 and face the formerly-terrifying-but-presently-starting-Caleb Hanie Bears on Sunday. If Hanie goes down, the Bears will turn to Nathan Enderle, a man who threw five interceptions in a game against Hawaii.

Enjoy your turkey, BQBLers. When once we could count on big BQBL weeks from Alex Smith and Matt Moore, nothing is off the board this Thanksgiving. It does seem strange that Aaron Rodgers has avoided this column for the entire season. Just sayin’.