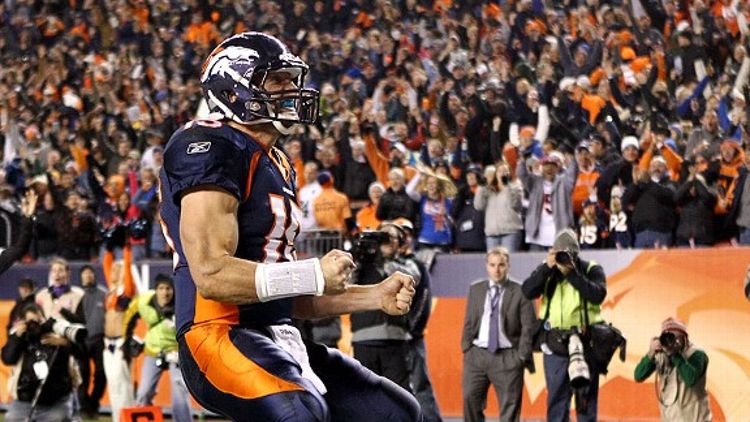 Big week already in the BQBL; if Thursday night is any indication we should have some really good bad performances in Week 11. But before we get to Sunday’s carnage, lets answer some mail from our fellow BQBLers. Look! Chicks! Two of ‘em!

I just want to thank you for creating an outlet where my true talents can shine — assembling the crappiest group of football players on my fictional teams. I am dead last in my “standard” fantasy league — nothing new. BUT, I am straight dominating the BQBL this year. I have a 50-point lead and my QBs for the rest of the year are Tarvaris Jackson, Matt Leinart, Christian Ponder, and Tyler Palko (Tyler Palko!)! Does Grantland need a Matthew Berry-type “expert” to provide readers with my success-proof draft advice?

Jacoby: First off, I love being addressed with “Dearest.” I could get an eviction notice and be cool with it if it started with “Dearest Jacoby.” Second, I love taking credit for other people’s work. Heck, how do you think I got this gig? But even I can’t take full credit for the BQBL. It was a team effort here at Grantland. Matter of fact, I think the office janitor overheard us and said, “What about penis shots on blogs?” Third, is there anyone else in your league? How did you end up with the Seahawks, Vikings, Texans, and Chiefs? Fourth, we don’t need a Terrible Mr. Roto but might employ you anyway because it is a good name. Fifth, wait, I don’t have a fifth. I was just on a roll.

Jacoby: I’m beginning to wonder what it would take for Tim Tebow to lose a game. I am thinking that he has made a deal with the devil, or possibly the state of Colorado did, too. Even a game against the Green Bay Packers would result in a win that would be similar to watching Angels in the Outfield. A perfectly thrown ball by Aaron Rodgers that a gust of wind sends into a defenders arms for a pick-six, a missed punt because a bird flying over defecates in Randall Cobb’s eyes … obviously all these scenarios would be flukes that did not improve Tebow’s ability to throw a football.

Kinda wish Seattle would have drafted him … a win is a win.

Jacoby: You mean Timothy Richard Tebow, the greatest quarterback in the history of the NFL? You do? Good. I love Tim Tebow. The only question I have about Tim Tebow’s performance this year is, how the heck did he lose to the Lions? I hope he explains losing that game as part of his grand scheme during a postgame interview after he inevitably wins the Super Bowl and the Vince Lombardi Trophy is hovering over his head like a halo.

If Sarah is writing fake letters so you don’t feel bad, why didn’t she write any from any women? Am I the ONLY woman playing in a BQBL (other than Sarah, who doesn’t count ’cause she on staff)? Do I get an award for that?

Jacoby: Hmmmm, if you were Sarah, and you wanted to REALLY convince me that these were real letters, you would write the one above, wouldn’t you? But Liz, don’t worry, I don’t think Sarah is manipulative enough to pull that off, so I will answer your question: Yes, you do get an award for that. You get the official award of The Triangle, a pack of Famous Amos cookies from the Grantland snack cabinet. You get this award simply by asking for it. Sorry, Angela, who asked the Tebow question. The squeaky wheel gets the cookies.

Don’t forget to write us at triangle@grantland.com so I can half-answer/half-haze you in the BQBL Reader Feedback. Until then.