Atlanta’s Rappers, Twitter, and the Falcons: A Real-Time Analysis 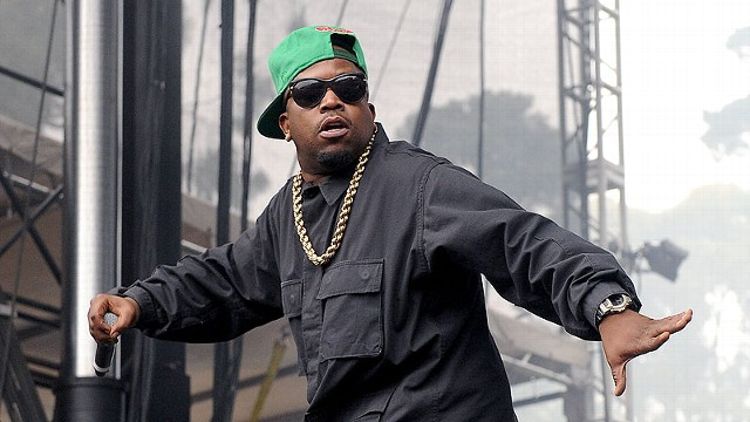 The Atlanta Falcons are 8-0. Undefeated. “Loss-less,” if you will.

Average ATLiens like myself, not used to success, have been handling this news in different ways. Some don’t want to jinx the good news and have stayed relatively quiet. They’re completely fine with the fact that the team is remaining under the radar, seemingly not getting the respect it deserves. Others (myself included) are getting used to the good fortunes and taking a turn for the obnoxious — celebrating way too openly, rudely, and aggressively.

And then there are the rappers.

Already an animated bunch, the crop of Atlanta rappers, complete with varying levels of past success, present success, and never success, have taken to their Twitter accounts to cheer on their city’s team — before games, during the games, and most important, after the games.

They’re confirming my theory that if the city of Atlanta, a town that is too somethingReal World, ever won a championship, the National Guard would need to be brought in to control the 19-week party. Each player on the championship team in question would have a series of mixtapes named in his honor (The Kroy Biermann 37 Gun Salute [Chopped and Screwed], Volume XIII)) and any Peach-related thoroughfare would be rededicated (Mooretree Lane, Decoudtree Place, etc.)

That is the future, but for now, here’s how the rappers are handling the Falcons, from pregame anxiety to postgame celebration. It’s amazing.

It started two days prior, on November 2, with D4L leader Fabo.

Who, I must say, I’m happy to discover is still alive.

Skip you shouldn’t bet against the Falcons!!!

Congrats, Pill, on your new career path (don’t forget to update that LinkedIn profile). Following this, at 8:23, just a few minutes after kickoff, we get a tweet from a very real rapper, Big Boi.

Daddy Fat Sax is excited. So am I.

Unfortunately for the Falcons, the Cowboys looked as if they were going to score first. Watching the game, this worried me. That’s one of the many differences between me and Gorilla Zoe.

Kick da field goal bitch will give u 3

At 9:21 p.m., we again hear from ex-rapper Pill, who seems to be done with tailgating and alerts the world that the city’s other in-season team, the Atlanta Hawks, have just bested the Oklahoma City Thunder.

Fifty-nine minutes later, at 10:20, we again hear from Gorilla Zoe, who is now responding to Falcons tweets thrown his way.

It’s great to know that Cutt Boi slept at ease last night, knowing that Mr. Zoe declared that the Falcons would in fact go 19-0 this season. Per usual, I speak for Cutt Boi when I say thank you.

Yes, that’s Pill again, who has finally tuned in to the Falcons. The ex-rapper tweeted this out in support of Michael Turner’s long run at 10:23, which was a great sign of support. Unfortunately, it was overshadowed by another tweet sent at the exact same time:

Who are the Flacons? Why would they be multitasking like this? Shouldn’t they be just focused on football? How do you kill a waffle? Chicken and waffles can’t be the ideal mid-game meal, unless Lil Jon knows something we don’t know. These are all very legitimate questions, but it doesn’t really matter because Lil Jon is incredible. Pill must be so mad right now.

To add to the rapper-tweet confusion, 11 minutes later came this:

Unclear what this means, or if this is even a Falcons tweet, but I can’t imagine Big Boi would turn from the game with time winding down. Seems out of character for him.

Fifteen minutes later, at 10:47, we get the rare ATL R&B songstress Falcons tweet from hometown girl Monica, who not only warms the heart by expressing her joy in watching the Falcons with her family:

The family room sounds like the dome LOL. Falcons game got them screaming LOOOOOUD#LoveMyFam instagr.am/p/Roh4TbTacn/

But also attaches a picture:

Monica seems to have many a picture frame with the standard template still out on display. My guess: She’s saving the slots for Super Bowl pictures. I could be wrong about this, but I’m probably not.

And 25 minutes later, Gorilla Zoe alerts us of his true feelings on the Cowboys.

Very rude, Gorilla, but I’m not mad. I applaud your fiery demeanor.

At 11:20, with the game over and the Falcons the proud owners of an 8-0 record, the flurry of tweets began. Some, from Dungeon Family to Disturbing the Peace, acknowledge the ugliness of the win:

Some are simply brash and quasi-French:

And others are highly reflective, almost acknowledging the holes in the argument for the Falcons being the best team in football:

8-0 feels pretty good… but it’s starting to look like we’ve had an easy schedule. Let’s see how the second half of the schedule treats us.

Back to the rappers, who are still celebrating. Some attach really dumb Instagram photos:

Others choose more terrifying ones: If I were no. 55 John Abraham, I would go out of my way to destroy this artist. Unless John commissioned this, in which case I don’t understand anything anymore.

And then there’s Pill, who is really bad at both English and French.

A few minutes before the clock struck midnight, at 11:53, legendary Atlanta mixtape giant DJ Drama retweeted some kind words not only about the Falcons but also about his song with fellow Atlanta artist 2 Chainz.

RT @therealmansell: Since @2chainz was in “My Moment” saying “When my falcons gonna get here” they havent lost #NoCoincidence @djdrama

Definitely not a coincidence. I sincerely hope owner Arthur Blank is cutting Mr. Chainz a check every Sunday.

Big Boi utilized a similar Twitter technique, but instead of hyping a song, he forwarded some information about Tony Gonzalez’s epic career.

At 12:49 a.m., creator of rap-like music B.o.B donated his two cents to the Falcons Twitter celebration while also hashtag promoting his new mixtape and taking a sepia-toned selfie:

And FINALLY, at 1:25am, once all the other rappers have gone to sleep, having sweet dreams about Matt Ryan and Jacquizz Rogers, Pastor Troy ended this week’s Falcons Rapper Twitter chat with the most confident Tweet of the evening.

Man, I’m bout to book my rooms for Superbowl…We Ready!!!

And I thought booking hotel rooms for inauguration before the November 6th election was a little bold. I salute you, Pastor. See you in New Orleans.