Anonymous in Sochi: When Putin Comes to Your Home 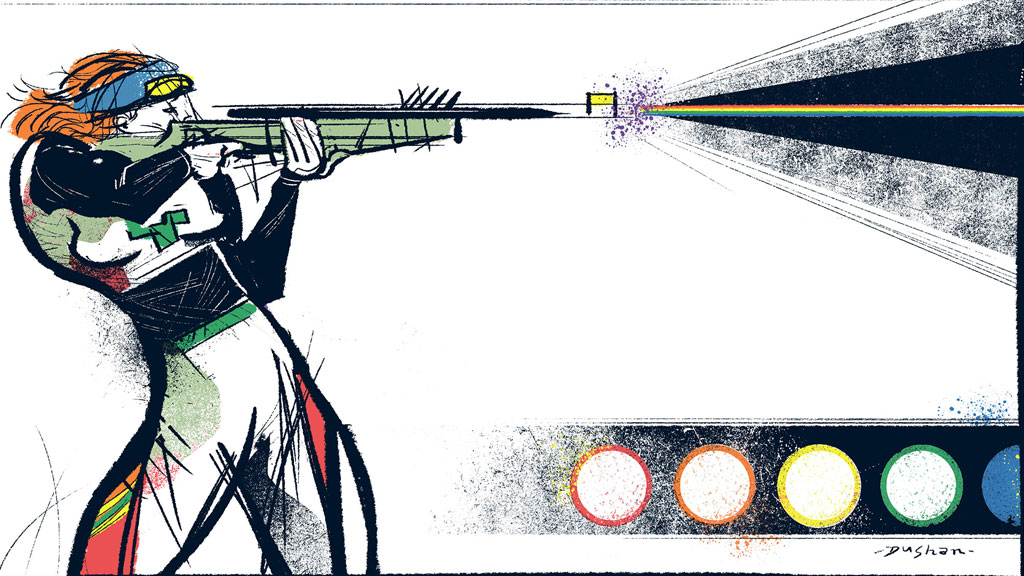 When I left for Sochi, I was afraid of a country full of strangers — people living in a place that was by all accounts unwelcoming of me and members of my community. However, I never thought that while I was here, I’d feel disappointed by those I traveled with, and those from other countries that purport to share common and progressive values.

As you may have heard, Russian president Vladimir Putin recently made his rounds at Olympic Park, visiting several houses of nations competing at these Games. I know this is not an uncommon gesture at the Olympics, and I understand that rejecting Putin from any of the houses would be deemed a political and public relations nightmare.

Despite all this, I still think we failed each other here in Sochi.

Collectively, we wined him, we cheered him, and we embraced him with open arms. Many of us took photos of him and with him, as if he were a rock star.

It was like Putin’s political record was of no importance: a blatant disregard for democratic principles; silencing the press; ignoring fundamental human-rights concerns in civil wars currently being waged; corruption and abuse; jailing critics who speak out; demonizing members of the LGBT community, which creates an environment that breeds intolerance, violence, and hate.

In our own circles, we like to tell ourselves that “he” and “this place” stand for everything we are against — I have heard this many times at these Games, mostly in private conversations among trusted compatriots.

A few days ago, not only did we welcome Putin into our own homes, but we also validated his views, his values, and his actions. And that’s incredibly sad.

Last week, I talked to “Boris,” a closeted gay college student in Russia. I have been thinking about people like him, who are watching those of us here from other countries and looking for leadership. When they see others swoon over Putin, how will they ever be able to understand and believe that theirs is an unfair and unjust society?

Most of us know and think this, yet very few have the intestinal fortitude to say it out loud.

Attendees at these Games have been told repeatedly that this gathering of nations is about sport. We’re supposed to be celebrating human excellence and incredible athletic feats. We’ve also been warned that this is not the place for politics or protest. Reluctantly and admittedly, I too have bought into this rhetoric and have obeyed the commands … at least publicly.

I wanted to believe this was the right way to behave because it was the easy way out. It allowed all of us to come here and ignore the real challenges and problems that simply will not detach themselves from these Games.

Our collective silence was already a bit of a disgrace, but I think most of us were OK with doing it in the name of free and fair sport, and out of respect for our hosts.

Now, I’m certain that maintaining our politeness and silence has been the wrong decision. More important, to receive a bully and an oppressor in the manner in which we did is downright shameful. Period.

What I’m beginning to sense here in Sochi — inside the Olympic bubble — is a real division among athletes, coaches, support staff, and even journalists regarding Putin and human-rights issues.

Some were quite upset and worried about the house visits, while others had no clue why they even mattered. Most of us remained quiet, again. The reaction from around the world has been just as I expected.

Despite some valid criticism coming from advocates, journalists, and concerned citizens, I think we’re beginning to blame and shame the wrong people.

Let’s not be foolish. This is exactly what tyrants do — they come in, sow seeds of division, and watch while we tear each other apart. Ultimately, there is an opportunity for all of us here, and perhaps this is a sobering reminder that we are far from perfect ourselves.

Put plainly, these visits could and should have been handled in a more dignified manner — one in which we’d be able to fulfill our role as respectful visitors and yet defend the values that are important to our families and friends back home.

In the final week of the Games, this debate will ultimately dissolve, as more gold medals are awarded and more incredible stories told. But when all the teams have returned home, let’s make it our duty to not only keep an eye on Russia, but also to continue this conversation among ourselves.

The world of sport deserves (and can be) so much better.

Previously in This Series:
Back in the Closet As the Games Approach
No Turning Back
In Search of Russia’s LGBT Community

Filed Under: 2014 Winter Olympics, You Can Play Project, Sochi

NCAA Puts Impermissible Pasta Story to Sleep (With the Fishes)