Anonymous in Sochi: No Turning Back 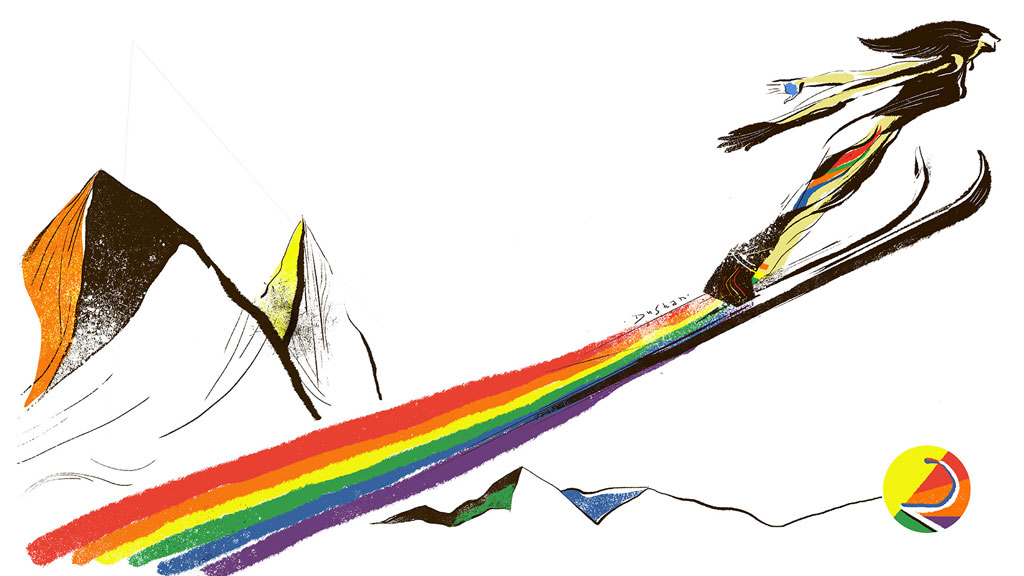 For the third morning in a row, I woke up before the sun. This day is a little different, though; on this day, I fly out to Sochi.

I’ve been staring at a blank screen for a few minutes now, not sure of how to make sense of what I’m experiencing and feeling. I’m restless and excited, but I’m also really scared. I rarely prepare myself for a trip where my sexual orientation and the expression of my views could put me in danger or land me in jail.

In the weeks leading up to my trip, I’ve been surrounded by talk of one thing and one thing only: security. How serious are these terrorist threats? Will the commute to, from, and around Olympic Park be safe? Why are so many athletes and high-profile attendees choosing to leave their families at home?

As if I already did not have enough reason to be concerned.

At least now I feel some sense of solidarity with others who, like me, are beginning to question whether any of this is worth the risk.

I’ve doubted whether I should go through with this trip. Yes, I have a job to do in Sochi — I bear some level of responsibility to those I’m traveling with, though I can’t share the details — but lately, I have genuinely thought about just staying home.

During every good-bye, every person I speak to who knows I’m leaving for the Olympic Games gives me that same evasive look, veiled with a manufactured smile, aimed at concealing their apprehensions about my safety.

I smile back and pretend I haven’t noticed.

Two stories caught my attention in the lead-up to my flight out. First, Sochi’s mayor advised the world that there are no gays in his city. The second is that the U.K. government is committing extra funds to help gay-rights activists during the Games.

I’m curious how allies — athletes, journalists, and visitors (no matter their sexual orientation) — will communicate and organize once we’re all uncomfortably entrenched inside the Olympic environment. It’s no secret that emails, texts, and maybe even human interactions will be monitored and scrutinized. So it’ll be quite remarkable to witness how people unite in spite of all the communication, logistical, and security barriers. This challenging new reality and its progression in and of itself are worthy of attention.

Everyone will be looking for that podium protest — that one act of defiance — and beyond that, the reaction from the local authorities. But to me, this doesn’t give enough credit to the real work being done.

Without a doubt, this is a moment of great uncertainty, but also one of great potential. Through acts both large and small, these Games could help raise awareness, sure, but they could do even more than that. They could redefine the way entire regions of the world look at the LGBT community.

The sun has finally started to rise.

See you all in Sochi.

Evan Turner insists he doesn’t check to see if his name is popping up in trade rumors prior to the Feb. 20 deadline. But before Monday night’s game against the Nets at the Barclays Center, he said, “If I had read the paper, I’d have been packed for different weather.”