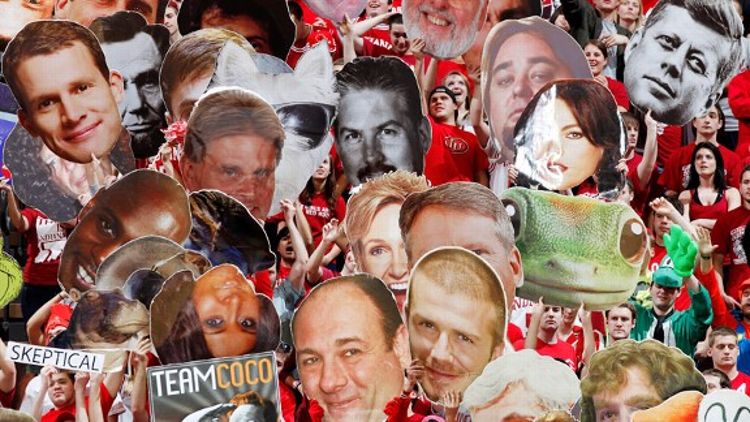 This blog post was supposed to be about Indiana-Michigan, but when I got down to the business of researching, things veered a little off track. So before things get out of hand, here’s what I gathered from Thursday night’s game:

1. No. 13 Michigan’s 73-71 loss was largely due to Tim Hardaway Jr. shooting 0-for-7 from 3-point territory. In fact, Hardaway hasn’t found his range all season. Last year, he attempted 207 3s and hit 36.7 percent of them. Not fantastic, but pretty good. Like, ninth-in-the-Big-Ten good. At that rate, the 3s were well justified. This year, he’s attempted 85 and hit just 27.1 percent. Which means unless the Wolverines are convinced this is a protracted slump, he shouldn’t be shooting quite so much.

2. No. 12 Indiana obviously enjoys a huge homecourt advantage at Assembly Hall. A lot of teams can boast undefeated home records at this point in the season, but only the Hoosiers can say they’ve clipped the no. 1 and no. 2 schools (Kentucky and Ohio State) in the country. Coach Tom Crean deserves a lot of credit for the program’s resurgence, but at the moment it’s a little unclear if the Hoosiers are quite as strong as they’ve looked. In its first true road test last week, Indiana lost handily to Michigan State. For those who believed we’d see a disparity between home-Hoosiers and away-Hoosiers, this was the first piece of supporting evidence. We’ll know more when they visit Columbus for a rematch against Ohio State next Sunday, but for now it’s safe to say that the luxury of playing in Bloomington at least partly explains the early success.

If that’s the case, why are they so good at home? Is it the crowd? Indiana is one of a handful of states where basketball approaches something like religion, and the passion of the fans can’t be questioned. Is it the legacy? Is it the aura?

Or is it the giant cardboard heads?

(In case it wasn’t clear, you’ve now reached the part where things get weird.)

By my count, the giant heads were employed just four times by the student section Thursday, all on Michigan trips to the free throw line in the second half. I’d attempt to describe the big heads to you, but it’s probably best if you see it for yourself (or you can just take my word that they’re just huge cardboard heads). The first video that follows is from Trey Burke’s trip to the line, and the second from one of Hardaway’s.

When I slowed it down and went frame by frame (like the Oliver Stone of college basketball), I picked out the following “personalities”:

In this gallery from the Indianapolis Star, you can make out some additional big heads:

There are more, but I either don’t know them, couldn’t see clearly enough, or got tired of listing names.

Maybe I’m an easy sell, but as far as gimmicks go, I find this one pretty hysterical. Something about the random absurdity just tickles that ole funny bone, and I also can’t stop laughing at the idea of having to shoot a foul shot with that crowd of celebrities looking on. This probably makes me an idiot, but I’ll live with that possibility.

So how did it all start? I remembered the big heads from a San Diego State game during the Jimmer era — mostly because one of the heads was North Korean dictator Kim Jong-il — and when I began my research, it turned out that the the whole thing actually began with the Aztecs in 2002. As this article tells it, a pioneer named Conor Mongan was the “father of the big heads”:

Before the 2002-03 season, two years after he graduated from San Diego State University, he was watching the movie BASEketball, in which opposing players do whatever it takes to distract each other while they shoot. Coupled with the inspiration of ESPN television show Pardon the Interruption, during which Michael Wilbon and Tony Kornheiser use mini heads, and the Michael Jackson trial, Mongan came up with the idea for the big heads.

The first big head was of Michael Jackson, long hair and all.

“I was thinking of the most visually disturbing elements that could get into the peripheral of the shooter and kind of throw them off,” Mongan said.

That led me to the website for “The Show,” a group of friends and Aztec supporters who formed a “fan community” in 2001 and invented the big heads a year later. It turns out Mongan’s first foray into cardboard came on the road, at Long Beach State. When he held up Michael Jackson’s face, the opposing player started laughing at the line, then went on to miss the shot. As The Show says, “One thing was clear — unlike waving around balloons, pom-poms, and other objects, the disturbing mug of Jacko was catching player’s attentions.” The performances grew in scale, and they gained a fair amount of local media notoriety.

The core members gave themselves show-related nicknames, the most famous of which is probably “Shownana,” an alter ego assumed by Sean Mongan (who is presumably related to Conor Mongan). Please also watch the video below for “Chet the Alumni Cheerleader” at the end.

Aside from the big heads, The Show’s finest hour came during the 2009-10 season, when the entire fan section dressed up as Mormon missionaries, complete with name tags and bike helmets, as San Diego State faced Jimmer Fredette and BYU. (The Aztecs lost by two.) The whole phenomenon makes me wish I was a part of The Show, which I imagine is exactly the point.

When Marquette joined the Big East, they adopted the big heads as a way to make a statement. Crean was the Golden Eagles’ coach at that time, and he loved the big heads so much that he brought the idea with him to Indiana. The Hoosiers’ big heads are produced for $70 a pop, and after games, Indiana stations interns around the Assembly Hall exits to make sure none are stolen.

The fact that a great idea has been co-opted by “the man” leaves a bit of a sour taste, but it’s probably inevitable. Mongan has been quoted as saying that the spread of the big heads “stung,” and that reaction is understandable. But at this point, he should be proud. If anything, the expansion shows the brilliance of the original inspiration. He and The Show, in their own small way, revolutionized the college basketball fan experience. And until they make the big heads illegal, the message will spread. No bike helmet necessary.

Previously by Shane Ryan:
The Toughest Guys on the Court: Georgetown’s True Grit
Michigan State-Wisconsin: The Tale of Two Clocks
Is Virginia the Long-Awaited ‘Third Team’ in ACC Basketball?