A Plan to Take Back the Curling Power: Let’s Buy All the Granite 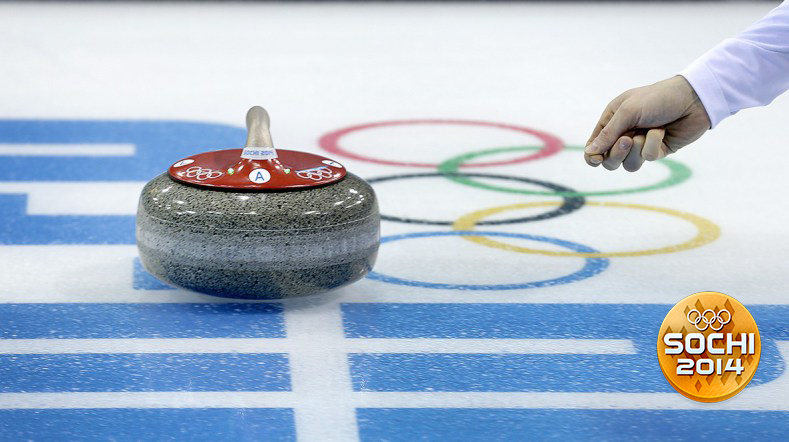 At the Sochi Olympics, the U.S. men’s and women’s curling teams are a combined 1-6 in round-robin play. The American ladies stand on the brink of elimination and countenanced a record-breaking beatdown at the hands of Great Britain. As a nation, we have one medal in men’s curling (bronze, Torino 2006) and our women have never placed. Meanwhile, our northern neighbors are the greatest Olympic curling nation on earth, having won eight medals, including three golds, in nine curling appearances. Simply put, this must not stand.

Well, I have a plan. The plan is straightforward, elegant in its simplicity, lofty in its ambition, and I think you’ll find the price tag quite reasonable. The stakes are these: world domination by the United States of the sport of curling and revenge against Canada for its numerous insults to our national pride, which include, but are not limited to, Justin Bieber, Alan Thicke’s son Robin, and Nickelback. The method is as American as junk bonds and a heap of dead buffalo darkening pristine Great Plains: Seize control of a key curling natural resource.

Eight and a half nautical miles off the coast of Scotland — the birthplace of curling — in the deep waters of the Firth of Clyde, lies the island Ailsa Craig, a dome of rock towering 1,100 feet over the firth like the skull of a submerged giant. Vikings once plied the waters here, and the kings of Norway for a time held large swaths of the western Scottish coast. The island has sheltered pirates, rebels, prisoners, and refugees from schismatic religious violence. It is currently home to Europe’s largest colony of gannets as well as a significant number of puffins. The island has also produced between 60 and 70 percent of the curling stones in circulation today. It is the Saudi Arabia of curling stones.  And the island is for sale. Or perhaps was. (We’ll get to that.)

Since 1560, the island has been the property of the Marquess of Ailsa, a hereditary title currently held by one Lord Archibald Kennedy, the eighth Marquess of Ailsa, 19th Earl of Cassilis, and the 21st Lord Kennedy of the ancient and venerable Clan Kennedy.

The industrial revolution upended the traditional land-based, agrarian economy, and punitive inheritance taxes compounded the reversal for many of the old land-holding families of Britain, including Clan Kennedy. In an effort to staunch the bleeding, Clan Kennedy has been chipping away at its familial holdings for more than half a century. The clan lost the family seat, the Culzean Castle, in 1945. And since 2010, Ailsa Craig has been on the market. Current sale price: $2.4 million. In December, it was reported that an unnamed conservationist group was readying a formal bid for the island. Since then, nothing. The island is still listed for sale by international realtor of islands Vladi Private Islands.

The granite used for curling stones must have specific physical properties. It must be capable of withstanding the constant stone-on-stone collisions inherent in the game and have a high-density, nonporous structure that limits water absorption, allowing for a smoother slide over the ice. Such granite is found in exactly two places: the Trefor quarry in Wales and Ailsa Craig. Trefor granite is naturally resistant to the constant clattering and is therefore more durable than the Ailsa Craig granite. But the highest-quality granite from Ailsa Craig — known as blue hone granite — is less porous and therefore better at sliding across the ice. A recent development in curling stone technology has been to combine blue hone and Trefor into a kind of hybrid stone, where the Trefor granite makes up the hitting surface of the stone, and the blue hone is used for the part that makes contact with the ice. Curling stones of 100 percent Ailsa Craig blue hone have been used for every Olympic Games since curling returned as an official event in 1998.

So, the time to strike is now, before these unnamed bird lovers can submit their bid. The average price to purchase an apartment in New York City is currently $1.4 million. To think, for just $1 million more, we can bring the world of elite curling to its snow-pantsed knees.

Now, the life span of a blue hone curling stone is about 20 to 30 years, assuming regular use. Trefors, as we’ve noted, last longer, perhaps 40 years, perhaps a bit more. So:

Step 2: Cut off the supply of blue hone granite to every curling rink, nation, and world curling event, except the Olympics, forcing the world to train only with the more porous, less slide-y, Trefor-variety stone.

Expected time frame: Roughly 60 to 80 years. But winning is worth it.