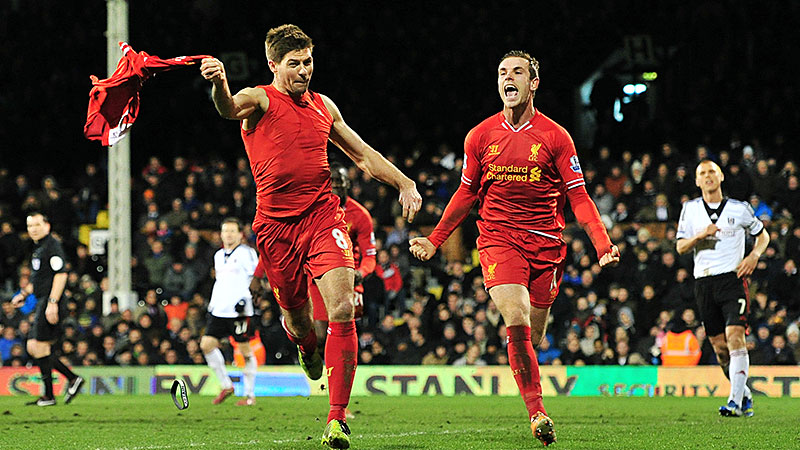 There’s something about the midweek games this year. They’ve been full of top teams dropping points, one-sided thrashings, and general all-around insanity. Maybe it’s in the water, which seems to be covering half of England right now. They’ve also got some gale-force winds, which forced the cancellation of two games this week. Whatever the reason, this week’s games gave us more dropped points, wild finishes, and an even muddier picture at the top of the Premier League table.

Is This a Rerun? 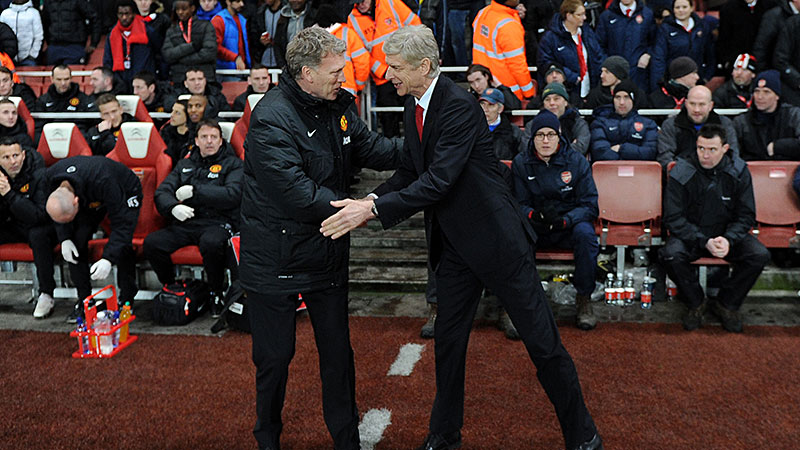 As so often happens, the big event of the week — Manchester United going to the Emirates to take on Arsenal — proved to be an utter dud. But if it was a dud, at least it was an old, comfortable dud, full of story lines so rote and familiar they probably could have been pulled out of a ninth-season episode of NCIS or CSI.

On the one hand, you have an Arsenal performance emblematic of all the complaints leveled at Arsene Wenger over the last decade. Arsenal maintained control of the ball, completing 150 more passes than United. But despite the control, the Gunners seemed out of ideas and tired in the final third of the pitch. Typical Arsenal in February.

Yes, Arsenal managed 17 shots, eight from inside the penalty box, including one that forced a very good clearance off the line by Antonio Valencia. But six of those shots were headed attempts, and five were from the badly misfiring Olivier Giroud, who didn’t put anything on target. Arsenal undone by a striker who can’t finish — it’s like the writers pounded it out to make their 4:30 tee time.

David Moyes’s team, on the other hand, produced the kind of result fans of his Everton teams are very used to seeing. That’s not necessarily complimentary. With his underdog Toffees, Moyes specialized in seeking draws on the road, leaving fans with the bitter aftertaste of a team not particularly interested in going for the glory. Last April, Everton played a similar game at the Emirates, walking away with a point from a feisty 0-0 draw, when the side really needed three to stay in realistic Champions League contention. Fans were willing to accept that strategy from Moyes, albeit grudgingly, when he was keeping the club punching well above its weight. The same argument doesn’t really fly when you’re leading one of the biggest sports franchises in the world.

Arsenal can’t finish and Moyes played too conservatively on the road, followed by your local news at 11. 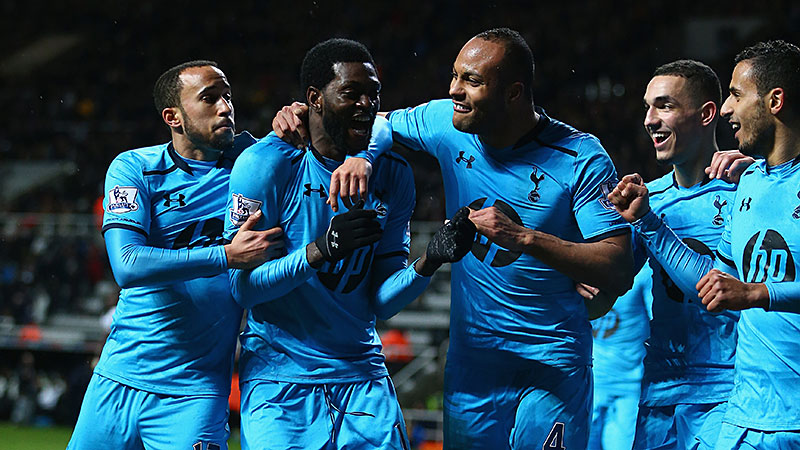 Two surprises this week. The first was Chelsea becoming the latest title favorite to sloppily drop points, and the second was an incredibly dominant performance out of Tottenham. We’ll take them in ascending order of not wanting to claw your eyes out from boredom.

Newly designated roll-slowers West Bromwich Albion nipped a late goal against Chelsea on Tuesday to earn a 1-1 draw. West Brom accomplished a similar achievement against Liverpool a couple of weeks before (we’ll ignore the loss to wizard of the dark arts Tony Pulis and Crystal Palace sandwiched in between these two games). In both draws, West Brom seemed unperturbed by being down a goal for most of the game. Which, when you consider the potency of Chelsea’s and Liverpool’s counterattack, is surprisingly reasonable, if unwatchable. After all, being down a goal keeps you in the “sometimes stuff happens” range. And for WBA, stuff happened both times. Liverpool’s Kolo Touré gifted them a goal (foreshadowing alert!) and then Chelsea’s Gary Cahill hurt himself enough that he couldn’t contest a goal. Watch no. 24 hippity hoppity-ing, glued to the ground as the cross goes over his head.

This was a point West Brom desperately needed, as they suddenly find themselves deep in a relegation battle. For Chelsea, they lost an opportunity to put some distance between themselves and the other title contenders.

As for Spurs: They ran riot over Newcastle, ringing up four goals. Nothing makes sense anymore (if it ever did). Tim Sherwood — he of the freewheeling, two-striker-deploying, daring, attacking, other clichés of English football — managed to cram four central midfielders into his starting lineup, with only Emmanuel Adebayor up top. Mousa Dembele was shoehorned into a left wing position (which is also his third different starting spot in three games) alongside the midfield trio of holder Etienne Capoue, last weekend’s holder Nabil Bentaleb, and Paulinho. That combination went on to produce Tottenham’s best offensive performance (with some help from Newcastle keeper Tim Krul) of the year, because of course it did. Here’s Krul putting the opener on a plate for Adebayor.

For a team only three points out of the top four, big-time performances against midtable opposition are important. Spurs’ destruction of Newcastle is the kind of result that suggests they are capable of bigger things. And they’re going to have to be. Their schedule is about to get tough. Oh, and the team they’re trying to catch, well, they aren’t doing particularly badly either. Which brings us to …

Possibly Kissed by God Himself

And then there was Liverpool. If Arsenal and Manchester United were trapped inside story lines that seem to continually define their weaknesses, the story of Liverpool’s ridiculously dramatic 3-2 victory over Fulham is the story of a team completely overcoming theirs. Liverpool’s Achilles’ heel this season has been defensive mistakes. Overcoming yet another Touré mistake, this time for a comical own goal (we can make #KOLO happen, right?) …

… as well as a muff from Martin Skrtel, makes the victory feel momentous. That the game ended in a victory also means we’re all less likely to focus on how the hottest team on the planet somehow has a defensive backbone of Skrtel and he of the #KOLO. Strange times indeed.

It doesn’t hurt that Steven Gerrard’s assist for Liverpool’s first goal was so obscene that they probably had to pixelate it in about six states.

He later followed that with a cool, composed Stevie G. penalty to win the game in injury time.

Anything but a win against likely relegation-bound Fulham is a bad result (just ask Manchester United fans). And this match was much closer than it should’ve been. But the manner in which it ended makes it feel like a vindication instead of a warning sign.

If Sascha Riether doesn’t lose his mind and bring down Daniel Sturridge, Fulham hang on for a draw. Imagine the despair. Same old defensive mistakes, failure to capitalize on Chelsea and Arsenal dropping points, Spurs with a dominant performance only one point back, very little to show after a month of dominant play, and, brother, here we go again.

But now? Defensive errors? No problem. Dominant performance by the team chasing us? Who cares. We’ll let #KOLO and Skrtel ship a goal each and still pull out all three points. Liverpool are only four off the top of the Premier League, with a swagger in their step and a song in their hearts.

A Plan to Take Back the Curling Power: Let's Buy All the Granite