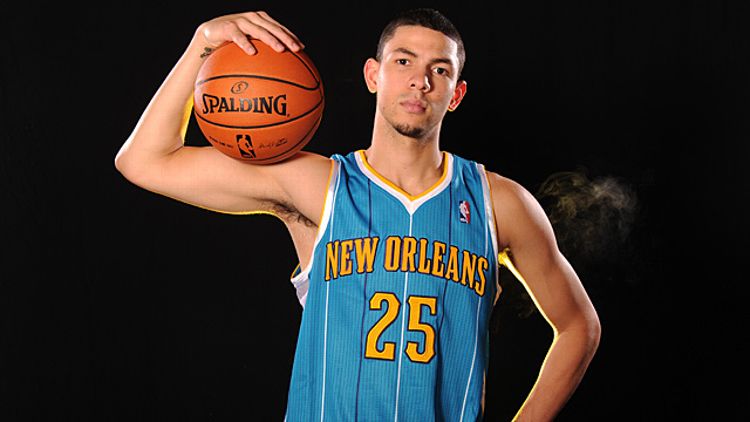 This is probably the kind of thinking that led to the fall of Freddie Mac and Fannie Mae, but I’m all in on Austin Rivers.

Because he went to Duke, because his dad is an NBA legend, and because New Orleans probably reached when they drafted him with the no. 10 pick in the 2012 NBA draft, Rivers was always going to be scrutinized in his rookie year. And holy crap, did he give us something to scrutinize. As early as December, ESPN Insider’s Kevin Pelton pointed out that Rivers was having a historically bad rookie year. He basically had the Wins Above Replacement Player (WARP) of an inanimate object. According to the Pelicans blog The Bird Writes, he got a little better at the end of the season. But his -4.6 WARP was still the 30th worst, ever. EVER.

But let’s go beyond the numbers. Let’s watch this “highlight video” of Rivers’s rookie season, soundtracked by Drake’s “Underground Kings.”

I think that’s every basket Rivers made the whole season. And it’s perfect that it’s scored by Drizzy, because there is something to Rivers that screams “you have so much self-awareness you actually have no self-awareness.”

Rivers’s rookie year ended prematurely when he broke his shooting hand. His season stat line — 6.2 points per game on 37 percent shooting — suggests it might have been broken all along. But that was last year. This year? Rivers tells Nola.com, “Mentally, I have 100 percent confidence right now, where last year I was trying to figure things out. So now when that ball tips off, I’m just thinking about winning, playing and having fun.”

Hey, that’s what pro sports is all about. Fun. Rivers shot 48.6 percent from the field in summer league, and he has a pretty cool goal for his sophomore campaign:

Personally, I’m disappointed that Monty Williams isn’t going to start Rivers, Jrue Holiday, Eric Gordon, and Tyreke Evans at the same time. The Triangle would just become a Pelicans blog if that happened. But it’s cool to see Rivers set a vaguely realistic goal and go after it. Stranger things have happened, I’m sure. I just can’t think of any right now.

About Last Night: Rangers Back in the Hunt