Mixed-Up Confusion: The Puzzling Reality of Not Knowing How to Feel About the Yankees 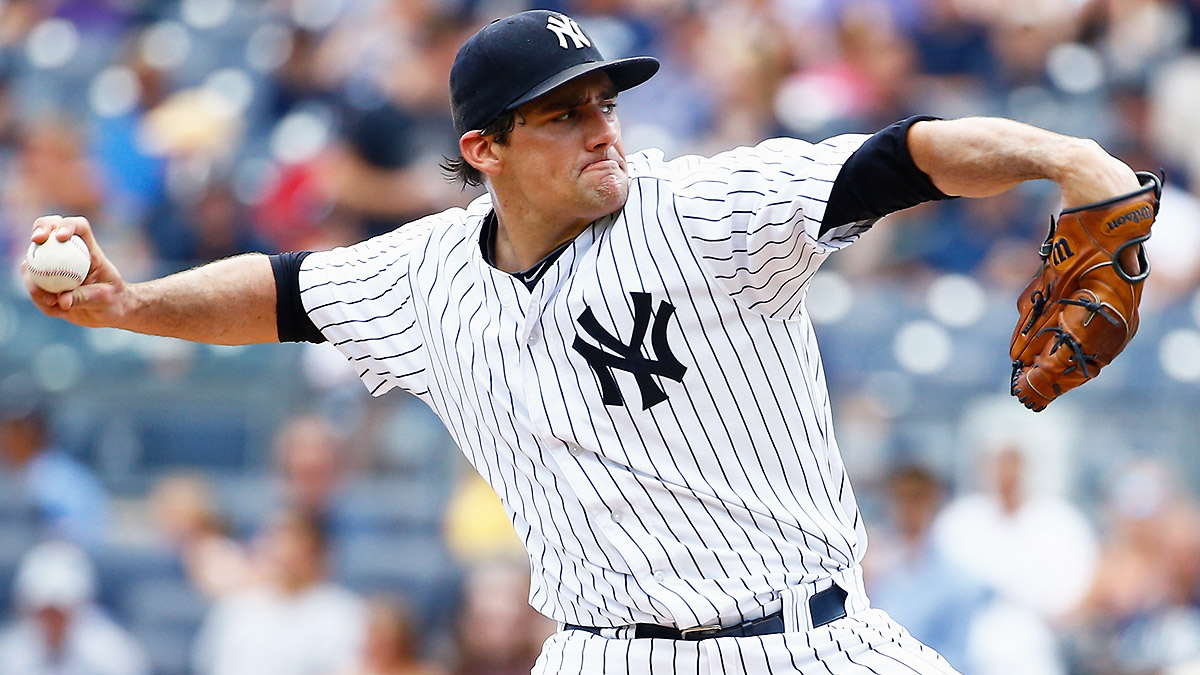 Americans are expected to have strong feelings, one way or another, about certain things. It doesn’t matter what you feel so much as that you feel: Loving or hating those things — artificial pumpkin flavoring, Kanye West, President Obama — is a marker that you’re engaged with the culture, and that anyone who equivocates is probably an undercover Soviet agent.

There’s a Bible verse that applies here: Revelation 3:16, which reads, “But since you are like lukewarm water, neither hot nor cold, I will spit you out of my mouth!” Ambivalence can be creepy.

The New York Yankees are baseball’s contribution to the list of things about which we’re supposed to have strong feelings. Depending on whom you ask, the Yankee franchise is either a venerated, dynastic symbol of success and the center of the cultural universe, or a vulgar celebration of privilege and class warfare with delusions of being better liked and more important than it actually is. And if nothing else, that duality makes the Yankees a perfect avatar for the country they represent.

There’s just not a lot of room for ambiguity, particularly because the Yankees tend to be around a lot when baseball is at its most visible: in October. Even though each MLB season is contested by 30 teams — and never, in the World Series era, by fewer than 16 — the Yankees have won 27 of the 110 available championships since 1903.1

Even though the Yankees haven’t exactly been dynastic since last century, they’ve still been culturally dominant and divisive in recent years. In fact, they’ve been so culturally dominant that even if they’d been an unambiguous moral good, they’d have inspired a backlash out of fatigue.

Which makes it quite strange to head into September with the Yankees very much in the playoff hunt, and impartial fans and observers left with no idea how to feel about them. Because for the first time I can remember, the Yankees feel normal.

It took an incredible confluence of events to make this happen. Perhaps most importantly, the Yankees no longer gain such a great advantage from their tremendous financial might. Teams can’t buy a pennant on the free-agent market anymore, and what’s more, George Steinbrenner’s sons run the club more like a business and less like a loss leader. The Yankees still have, and use, grotesque financial wherewithal, but rooting for the Yankees doesn’t feel like rooting for the bank anymore, thanks not only to the scions of the Steinbrenner line, but also to the Los Angeles Dodgers, who are a Brewster’s Millions remake set in Monaco on the eve of the battle of Armageddon.

The Yankees are also no longer at the center of baseball’s cultural universe: The Cardinals have taken over as the game’s new dynastic on-field power; the most interesting pennant race is in the AL West; the Blue Jays have the best offense and best pitcher in the AL East; and in a moment when the game’s biggest stars are spread across the continent, the Mets have more relevant names than the Yankees do.

These aren’t the Yankees of 15 or even five years ago. They haven’t been to the playoffs since 2012, and most of the official links to the turn-of-the-century teams have been severed. Mariano Rivera doesn’t loom in the late innings of every game anymore. You can turn on a Yankees game without it feeling like going to dinner with your parents and talking about nothing but your more successful older sister. “Oh, you know Derek Jeter plays the game with class. Derek Jeter’s such a great leader. Derek Jeter’s finishing his residency — are you still waiting tables and applying to MFA programs? Derek Jeter sleeps with supermodels — are you seeing anyone? You know your mother and I aren’t going to be around forever and we’d love grandchildren …”

Surprisingly, this team is likable and interesting. It’s flawed, but in a compelling, deeply human way.

The Yankees might have four good starting pitchers, or they might have none. Can Masahiro Tanaka and Michael Pineda hold up through October? Can Nathan Eovaldi, whose newfound splitter has transformed him into the pitcher his fastball velocity would seem to warrant, keep it up after the league’s seen that split and adjusted? Is Luis Severino ready for the postseason?

That uncharacteristic uncertainty in the starting rotation has been largely mitigated by an incredible bullpen. It’s not unusual for a good team to have good relievers, but the Yankees have done even this in an interesting way. They saw the best relief pitcher in the history of the game retire in 2013, then replaced him with David Robertson in 2014 and didn’t miss a beat. Then, after one year in the closer’s role, Robertson left, as well, and the Yankees kept rolling the bullpen over without suffering at all. Their two best relievers, Andrew Miller and Dellin Betances, are both the size of an NBA stretch four, and both got to where they are after their much-anticipated careers as starters went spectacularly in the tank. And the Yankees almost got Craig Kimbrel, which could’ve opened up the possibility to go to the bullpen after only one trip through the order in every single postseason game.2 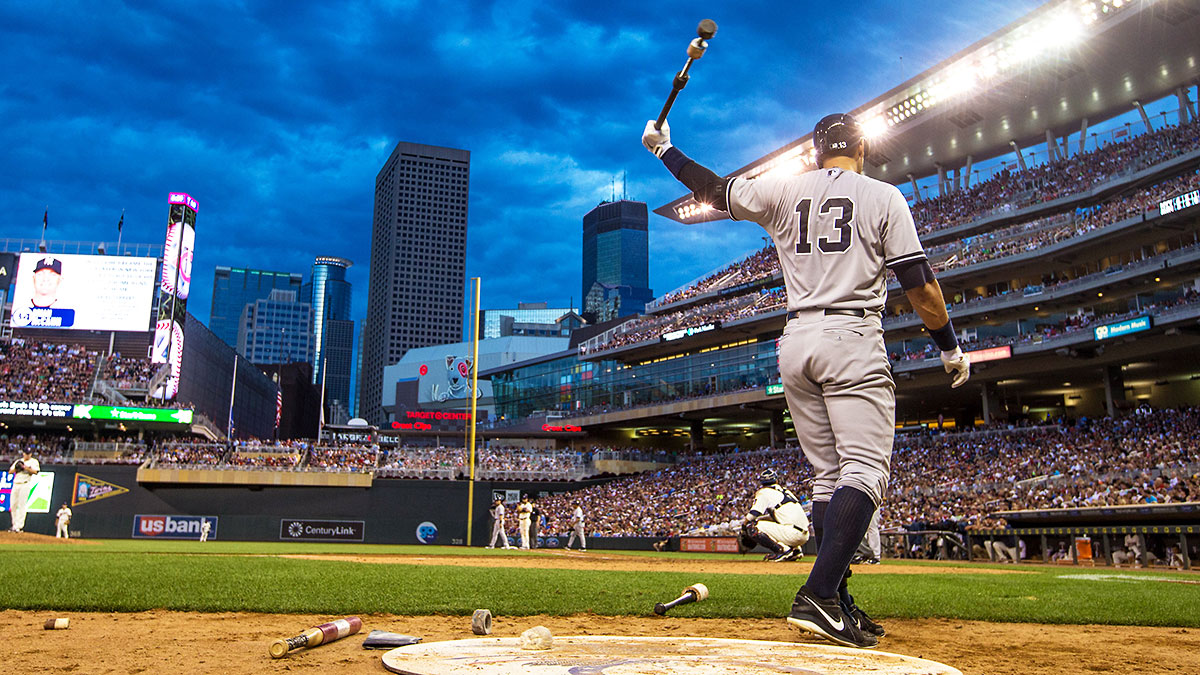 The thing I feel most strongly about this Yankees team is that it would’ve absolutely killed in 2007 or so. So much of what’s interesting about the Yankees comes from their veterans: Alex Rodriguez, Mark Teixeira, and Carlos Beltran are having great years in a last-ditch rearguard action against time, while Stephen Drew and CC Sabathia have been less fortunate. Every championship DVD takes a moment to acknowledge the grizzled veteran hanging around to try to grab one last ring, and the 2015 Yankees have half a dozen of those guys. And, of course, Rodriguez isn’t just any veteran: He’s baseball’s antihero, and he’s having the time of his life wearing the black hat.

All of this is almost enough to make the Yankees a sentimental favorite. In fact, if these players were wearing Cubs or Twins uniforms, they probably would be. But then you come back to these compelling players all being clean-shaven, sporting short hair, and being clothed in the spartan, unchanging pinstripes that have been on display for more than 100 years, flying across the nation like a banner for the worst parts of New York and capitalism, and, like John the Apostle, you feel the sudden urge to vomit.

That’s not just reflexive Yankee haterism, because this team stands opposed to some much better and even more compelling teams. The other four AL teams in playoff position (Kansas City, Houston, Toronto, and Texas) have combined for zero World Series wins since 1993. Houston and Texas have never won a title. Toronto has the longest current playoff drought in North American sports, a distinction the Jays took from the Royals only last year. It’s time for someone else to get a turn on the carousel.

All of these variables go into the blender and will probably end up resulting in the same thing we’ve had for 90 years: a nation that’s split about the Yankees. But this time it’ll be a little less reflexive.

That’s probably why it’s so strange not to have strong feelings about the Yankees: It means they’re a normal team now. And for the Yankees, nothing is less normal than being normal.

Power Up the Pony Express: Chad Morris and the Quest to Bring SMU Football Back From the Dead