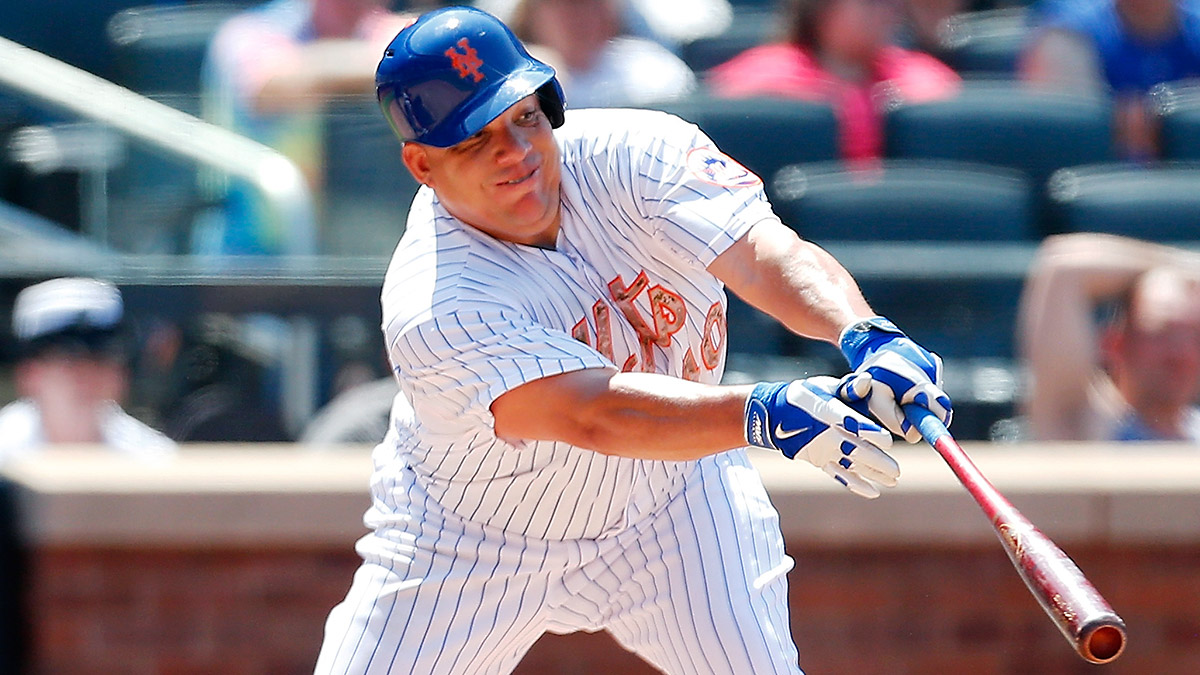 Performative Bartolo Colon fandom is a cottage industry in online baseball circles, and with good reason: Not only has Colon been a good pitcher for going on 20 years, he also has a joie de vivre that’s hard not to like. You don’t keep playing pro baseball until age 42, with a Cy Young and almost $100 million in career earnings in your pocket, unless you really like it.

Also, Bartolo Colon is fat. When we talk about fat athletes, we usually mean, like, Phil Kessel, who has a double chin but can also skate circles around almost anyone in the world who looks better with his shirt off. But Colon is Real World Fat. Fat like a calf raised for veal. Fat like an anthropomorphic profiterole. Fat like a college senior who long ago replaced working out with Natty Light and 3 a.m. Waffle House runs. And I’m sure that when Colon makes some of you laugh, you’re laughing at him like you would at such a corpulent person. Not me. In my mind, Colon is a bountiful, voluptuous personage, fit to be immortalized by Peter Paul Rubens or Spinal Tap.

And he can get away with looking like he does because beneath the jolly exterior, there’s a preposterously gifted athlete — not in the traditional citius, altius, fortius sense, sure, but so little about Colon’s physicality is traditional.

Colon’s athleticism is a blend of hand-eye coordination and muscle memory that allows him to do things like this:

It’s the kind of athleticism you usually find in dancers or very good soccer players, and considering how much of baseball is based in fine-tuned movements rather than running or jumping, it’s particularly useful in this sport.

Therefore, it shouldn’t be that much of a surprise that one of the Bartolo Colon hallmarks — the inept, off-balance swing that sends the full-figured beauty back to the dugout, but only after he finds his helmet — is becoming increasingly rare.

You see, Colon can hit a little now.

Apart from half a season in Montreal, Colon had played his entire pre-Mets career in the American League, so he never needed to learn to hit. But after going 2-for-62 in 2014, he’s brought himself securely into the range of the mediocre this year.

We’ve been able to witness the evolution of Colon’s offensive prowess as the year has progressed. To properly appreciate that improvement, let’s hit the tape and look at each of his career-high eight base hits.

This is the archetypal Colon hit. Colon, looking like he’s trying to swat a bee with a newspaper while falling off a ladder, pokes a single through the drawn-in infield and loses his helmet in the process. This is how baseball validates the infinite monkey theorem.

Trying to pull soft stuff away is like smoking: It’s a bad habit that people get into when they’re young and trying to look cool, but it leads to nothing but trouble in the long run. Colon gets away with it here because Severino Gonzalez is not, strictly speaking, a big-league-quality pitcher. It’s still an ugly swing, but he’s making harder contact.

This is legit. It’s hard to blame Phelps for this one, because the scouting report probably said he could leave an 89 mph meatball gut-high to Colon and get away with it. Not anymore. Look at this swing: the weight transfer, the hip rotation. It actually looks pretty good!

In fact, given how shallow Ichiro is playing, and how the ball rolls once it hits the ground, this could’ve been an inside-the-park home run for someone like Byron Buxton. But not only is Colon slower than Buxton, he decides to stop at second the moment he rounds first base. You can see Colon downshifting from “running” to “I want to run even less than I want to miss my train” about halfway to second base. This is the moment when I figured out that Bartolo Colon is the apotheosis of humankind: He’s reached the point where the less he gives a shit, the more we love him. That’s where I want to live.

A little bit of regression in form here, as Colon again gets a tad wobbly and pulls a ball on the outer half. But even though he beats it into the ground, he hits it hard enough to get it through the infield.

By the way, do yourself a favor and say “Bartolo Colon’s three-game hitting streak” out loud.

Another hard grounder, but this time Colon goes the other way with the pitch and hits it down the line. Sometimes that ball turns into a double, but there might not be a combination of batter and right fielder less likely to deliver that result than Colon and Jason Heyward.

What’s striking about this one is something the Mets’ booth brings up in the clip: The Cardinals play Colon to pull, which is unusual for a pitcher to say the least. I don’t think it’s a mistake; I think it’s respect. By this point, word’s gotten out that Colon is a batter to be feared.

You have to go to about 13:30 into this video in order to see Colon’s sixth hit of the season. MLB.com posted 25 separate highlight and interview videos from this game, but Colon’s single wasn’t among them. Even making the argument that this hit — in which Colon stays with a 91 mph fastball and hits it hard, on the ground, and up the middle — is nothing special, that’s praising with faint damnation.

Think about it. Only four months before, Colon’s at-bats were so risible, the commissioner of baseball felt comfortable mocking him openly. But by early August, Colon getting a base hit wasn’t one of the 25 most interesting things about a game involving the Marlins. What a change.

I made fun of Colon for not running hard on his double earlier, but look at the determination in his eye before this pitch, and look at the effort he puts into this swing. It’s like he left his bat in the dugout and instead brought to the plate a sign that read: “Do not bring that weak shit, Rook.”

It’s worth noting that both of Colon’s hits against the Phillies came in some form of camouflage uniform — maybe there’s something to that. Look for the Padres to sign Colon and start him at first base whenever they wear their camo jerseys.

Not a great swing, if we’re being honest: Colon steps in the bucket a little and once again reaches for the ball. But this might be his hardest hit of the year. At the very least, it travels farther in the air than anything except maybe his double, and when Michael Bourn cuts off the ball, he has to brace himself after it gets to him more quickly than he expects. This is a two-out hit with a man in scoring position against a really good pitcher — not only has Colon ascended to being an OK hitter for a pitcher, he’s showing that he can come through in the clutch.

Colon goes into his scheduled Wednesday night start hitting .148/.161/.167, good for a wRC+ of minus-13. That’s the 37th-best wRC+ among the 69 pitchers with 30 or more plate appearances this year. It’s not great, but it’s average-ish, and some of the names near him on that leaderboard — Cole Hamels, Clayton Kershaw, Travis Wood — are guys we think of as being able to handle the bat a little. The man is a savant, and he gives all of us something to aspire to.