He’s the Captain Now: Jung Ho Kang Makes His Name With the Pirates 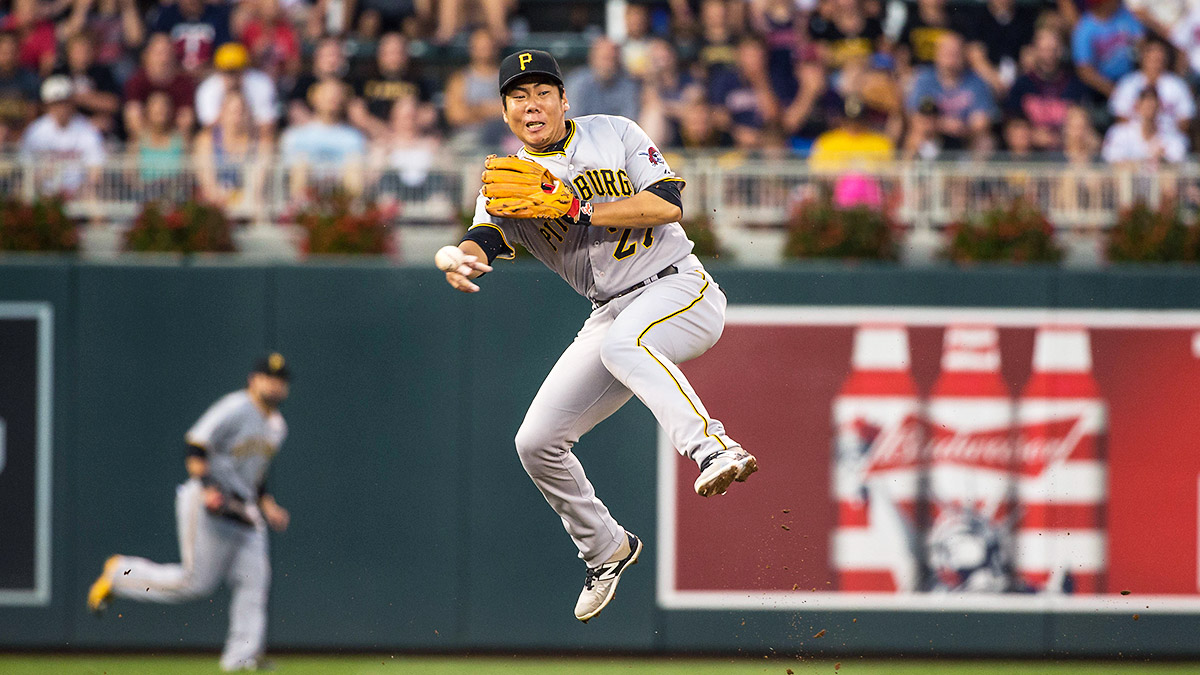 Baseball has an interesting relationship with the unknown. An unknown teenager is a shining beacon of hope, a collection of tools and skills that can be honed as he develops physically and mentally. We dream on such players regardless of their origin, because we don’t know their full potential, and it doesn’t matter if the teenager comes from Michigan or Venezuela or even Europe, because he’ll be trained by the best coaches in the world as he develops.

But when we’re talking about a fully developed 28-year-old professional, the unknown is less alluring than it is frightening. If he hasn’t gone up against the top-level competition in the U.S. or Japan, what we don’t know is cause for anxiety, not hope. This is particularly true for position players, because we can tell if a pitcher can throw hard or spin a curveball no matter the level of competition, but we can’t know if a player can hit big league pitching without seeing him try firsthand.

Last winter, the Pirates signed Jung Ho Kang, a then-27-year-old shortstop who’d slugged .739 in Korea Baseball Organization the year before, to a four-year, $11 million contract,1 plus a $5 million posting fee that went to his old club. And the reaction from local media was soul-witheringly cynical, even for baseball writers. After Kang had collected 27 exhibition plate appearances, the Post-Gazette’s Ron Cook wrote that the Pirates’ newest infielder would start the season in the majors primarily because of the team’s financial investment in him, calling $16 million over four years “plenty,” even though that sum would more accurately be described as “a pittance” for a major league ballclub, even Pittsburgh, to spend.

But Cook, at least, understood the need for patience. The Tribune-Review’s Rob Rossi, on the other hand, waited all the way until March 1 (less than two weeks after position players were required to report to camp) to declare that Kang had destabilized the Pirates’ clubhouse by passing out packets of noodles to his teammates.

It’s easy to see where the concerns about Kang’s ability to adapt to an unfamiliar league and country came from, and they weren’t entirely unreasonable, even if leading off with the noodles anecdote wasn’t exactly a shining moment for international brotherhood and understanding.2 For as well as Kang had hit in Korea and for as little as he was being paid in Pittsburgh, the fact remained that he was coming from a league that had no precedent of producing MLB-quality position players, and entering his age-28 season, Kang was fully formed as a player. If he didn’t hit right away, odds were that he never would.

Kang was the scary kind of unknown, both because of his age and his origins. And if you think his origins didn’t matter, notice how much of Rossi’s reflexive dislike of Kang centered on Kang’s potential to displace Neil Walker as the Pirates’ second baseman. And notice how when Rossi explained why that was a bad thing, the first place he went was Walker’s Western Pennsylvania roots, not his career 113 OPS+.

As it turns out, now that Kang is no longer unknown, there’s no longer anything to fear — unless you’re invested in someone other than the Pittsburgh Pirates winning baseball games, in which case Kang has proven quite worthy of your terror.

It took Kang about a month to figure out the big league game. Because Josh Harrison and Jordy Mercer have been hurt on and off all year, Kang has played third base and shortstop, registering 323 plate appearances without displacing anyone. Kang hasn’t taken Walker’s job, but with a .291/.362/.446 batting line, he’s outhit The Pittsburgh Boy.

And how about that substantial investment? I don’t ordinarily like using $/WAR to judge a player’s contract, but FanGraphs says that Kang has been worth $22.6 million through four months of his four-year deal, so there’s really no disputing whether Pittsburgh’s investment had paid off.

It’s not just that Kang has played as well as could have been expected; it’s also the manner in which he’s done so. Kang doesn’t really have a lot of anything, but he’s got a little of everything. He can play any position on the infield and hit in any spot in the lineup without looking out of place. He hits lefties better, but he hits righties just fine. Kang has turned into the National League’s Ben Zobrist, and when the competition gets tougher and benches get shorter in the playoffs, such players become force multipliers.

Kang is second among Pirates position players in WPA, which means that when it comes to Kang the answer to that crudest question about a player, “Does he help the team win?” is “More than anyone but Andrew McCutchen.”

And leaving all of that aside, Pittsburgh’s announcers are having a ton of fun shouting his name into the mic when he does something good.

In the midst of Kang’s excellent rookie year, it’s fun to look back at what was written about him in March. Not to mock those who were wrong about him — being wrong from time to time is part of the job when you write about sports — but to relive how afraid everyone was of change. Would Kang adapt to a new league? A new country? Would the Pirates adapt if he unseated a popular starter? If Kang struggled, could he change and develop into a better player?

In March, the narrative surrounding Kang was entirely about change. Now that it’s August, nobody in Pittsburgh would change a thing.

Houston Gets Sacked: Why Foster’s Injury Is the Last Thing It Needed