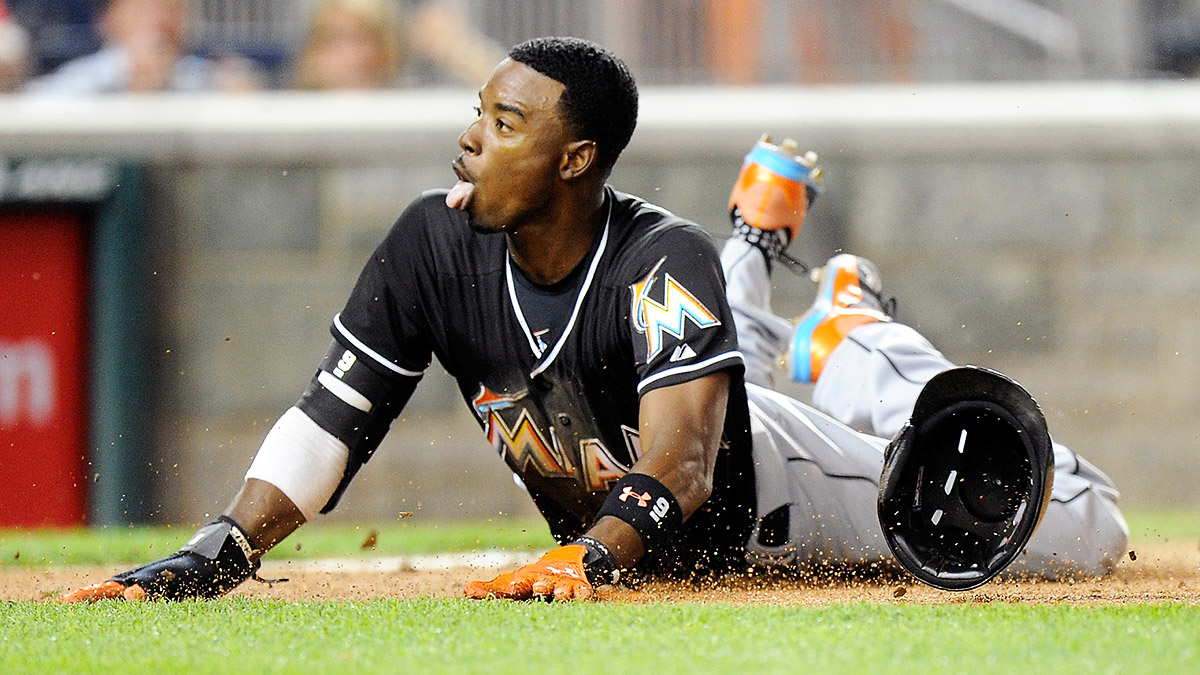 I think Dee Gordon is an OK baseball player. He’s not a potential MVP candidate or even really All-Star caliber, but he’s fine.

That might seem like a strange thing to say about someone who’s had the month and a half that Gordon’s had, but you need to look at only one number to know that he’s going to cool off: his MLB-best .426 batting average. Nobody hits .426 for an entire season; certainly not a player like Gordon, and you don’t need to look at his BABIP or anything else to know that’s true. In his first year with the Marlins, the second baseman is striking out less and hitting more balls hard than he did with the Dodgers, and that’s great. But he’s not going to hit .426 all year.

From an aesthetic standpoint, however, I think Gordon’s damn near perfect.

We’ve learned a lot of things recently about the best way to score runs: We know that walks are good, and home runs are better; that strikeouts are bad, but not so bad that they’re dealbreakers for hitters who earn enough walks and homers; that the bases should be run judiciously, if not necessarily conservatively. That’s the best way to play the game. From a purely aesthetic standpoint, though, I wish baseball were a little worse, and Gordon helps fulfill that selfish desire.

There’s a lot of walking and waiting around in every sport, but baseball is so often played at a walking pace. On a strikeout, walk, or home run, seven of the nine defensive players do nothing, and the batter can walk, or jog deliberately, around the bases. That’s fine, but the most exciting part of the game is the confrontation between defenders and baserunners. I love big dingers as much as the next guy, but how awesome is the close play at the plate, or even the threat of the close play at the plate, as with Alex Gordon in Game 7 of last year’s World Series?

Well, Dee Gordon runs the bases like a teenager drives: aggressively, quickly, and with no regard for his or anyone else’s safety. He’s attempted 19 stolen bases in 32 games this season, which is awesome, even if his 12-for-19 success rate is well below the accepted break-even point.

And as mentioned, he’s striking out less than ever: 11.6 percent of the time, 27th-lowest among 181 qualified batters. That’s good in terms of both effectiveness and entertainment. Only 17 percent of his 2015 plate appearances have ended in a strikeout or a walk, which means that 83 percent of the time, he’s running.

More balls in play means more confrontations between baserunner and defenders — confrontations that Gordon is often shocked to lose. Between batted balls in play and stolen base attempts, Gordon has forced 138 confrontations between batter/runner and fielder, whether that confrontation is as mundane as tracking down a pop-up or scrambling into the corner to retrieve the ball and return it to the infield before Gordon can stretch his hit into a triple. That number, 138, is second only to Jose Altuve’s 142 confrontations for the most in baseball this season. Gordon represents the game as played by, to paraphrase Bill James, young guys who run rather than old guys who walk. Nobody in the game causes more running than Dee.

Liking this kind of player is problematic only if you impute moral value to aesthetic tastes, but wanting more players like Gordon in the league is tantamount to sabermetric apostasy. Players like Gordon are symbolic of the past, of a time when baseball men didn’t properly appreciate the value of an out, and once his BABIP comes down from .479 — a number I said I wouldn’t invoke, but that’s so ridiculous that it’s fun to use even when we really don’t need to — Gordon’s going to make oodles of outs.

Gordon’s not the past, but he’s coming into the game at the wrong spot in the sine wave of tactical evolution. Maybe one day, we’ll value the high-contact, low-walk burner again, but until then, Gordon — and Altuve, Ben Revere, Ender Inciarte, and Jean Segura, among others — will feel out of place. The immediate future looks like George Springer, Kris Bryant, and Joc Pederson, all three-true-outcome heroes, and all better players, on balance, than Gordon will be once he cools off.

They could go through roughly half of their plate appearances without having to break into anything more than a stroll if they were so inclined. They’re all fun players in their own way. But I could stand to see a little less of them and a little more of Dee Gordon. Inefficiency can be fun.