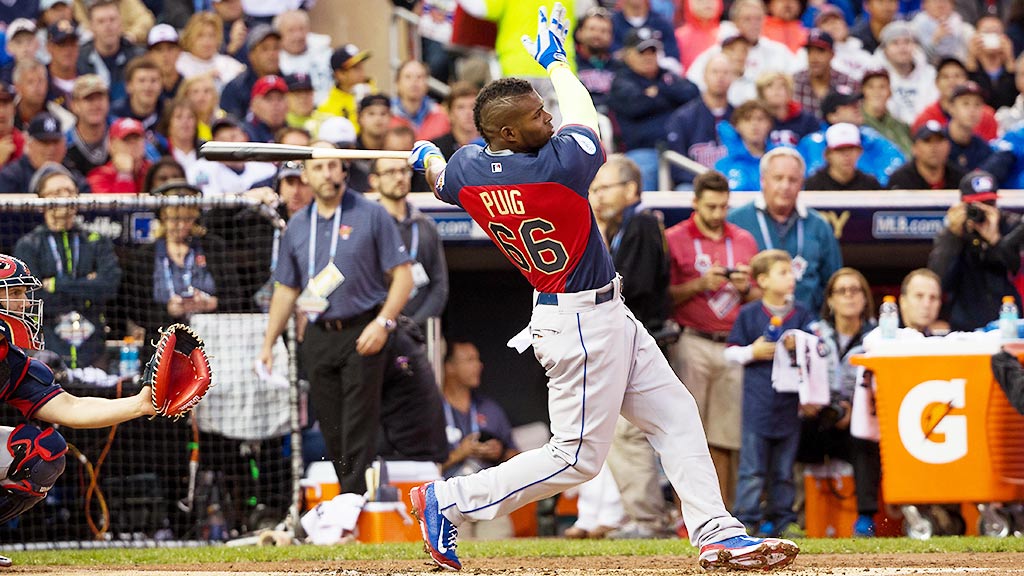 While not everyone gets excited about Major League Baseball’s All-Star festivities, this year’s Home Run Derby threatened to be at least somewhat entertaining, thanks to a new bracket format, three fewer outs per round, and a semi-stacked field of young sluggers. And despite the decidedly unentertaining hour-long rain delay that stalled the proceedings, the derby lived up to some of those expectations — at least when it came to goofy player reactions and astonishing moon shots. Here are five of the highlights. 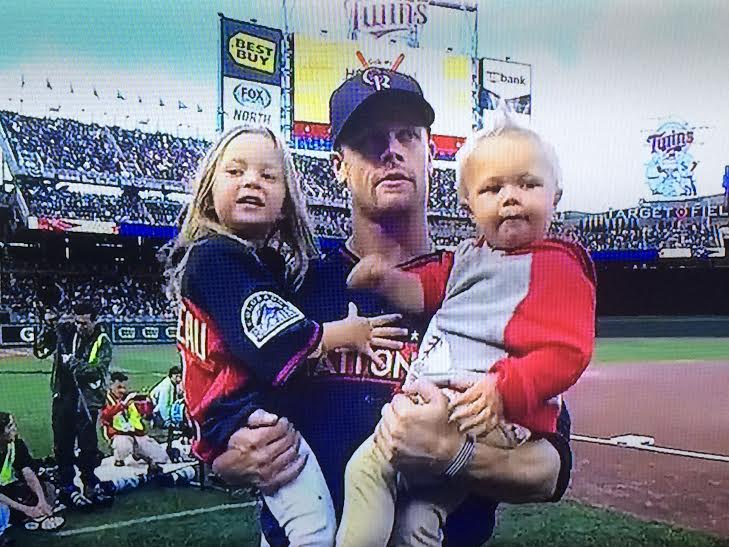 Making his first appearance at Target Field since the Twins traded him away late last season, 2008 derby champ Justin Morneau had the benefit of knowing “the way the breezes go here,” according to Chris Berman. That would have really helped the competition’s lone left-handed hitter if his fellow competitors had lacked the ability to detect wind. Alas, they didn’t, and Morneau failed to advance past the first round after losing in a swing-off to Reds third baseman Todd Frazier, whose vast knowledge of local weather patterns was simply too much to overcome. Morneau’s early exit undercut the night’s main feel-good story, as the first baseman was participating only due to Rockies teammate and NL Derby Captain Troy Tulowitzki’s generosity. Furthermore, the result created a semi-awkward scenario for Twins infielder Brian Dozier, who received way less applause than Morneau despite being the supposed hometown favorite. To be fair, there wasn’t much reason to clap: Dozier hit just two homers before making his allotted seven outs. 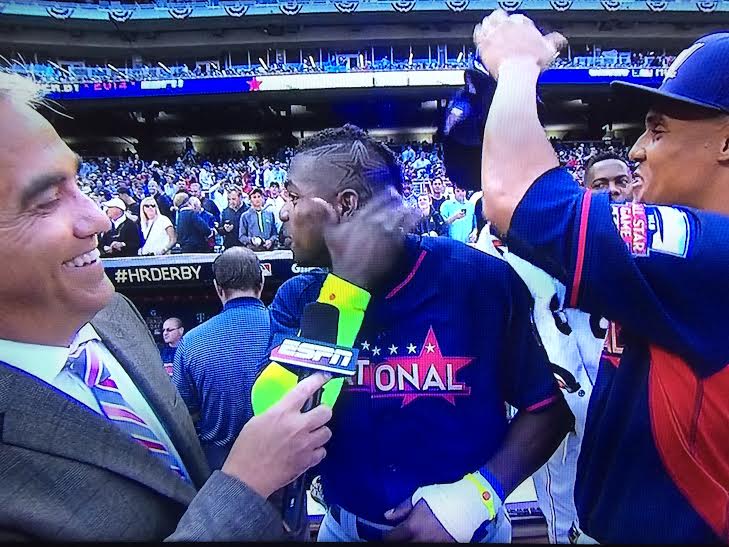 Brewers center fielder Carlos Gomez may seem like a grumpy guy on the outside, but how many professional athletes would be willing to shove ESPN’s Pedro Gomez aside in order to personally debut Yasiel Puig’s new haircut on live TV? Not many, that’s for sure. While I genuinely like the look for Puig, I do worry about the ideas it might give Jerry Jones, who will now probably mandate that all Dallas Cowboys get stars shaved into their heads. Nevertheless, I’m glad this interview happened, because it was our only memorable Puig moment of the night. The Dodgers’ boisterous outfielder put up a goose egg, meaning we didn’t get to see a single signature bat flip.

Seriously, pour one out for Robbie Cano’s dad: 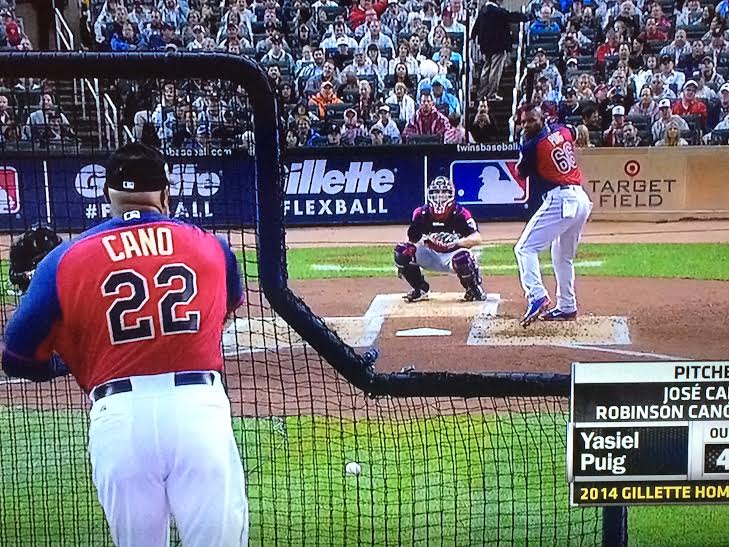 Per Pedro Gomez: “[Jose Cano] had no idea he was going to pitch to Puig until this morning. They called him and said, ‘Look, Puig doesn’t have anyone here — can you do it?’ He only threw about five pitches to him during the rain-shortened batting practice.” Preparation has never been Puig’s strong suit. Neither, apparently, is the Home Run Derby.

Well, this is an easy one:

Giancarlo Stanton was far and away the most hyped slugger heading into the evening — John Kruk claimed Stanton was “made for the derby,” and Stanton’s not even a thoroughbred — and this bomb, which nearly exited the ballpark and boasted an absurd projected distance of 510 feet, showed us why. It drew an assortment of dumbfounded reactions: 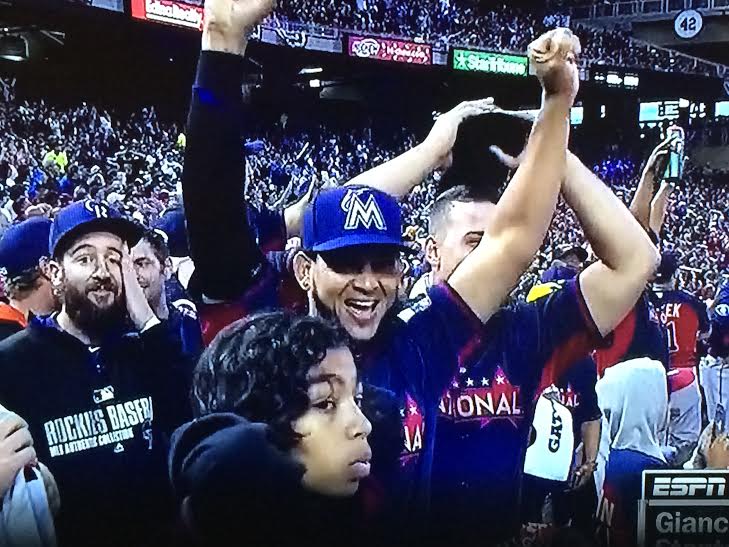 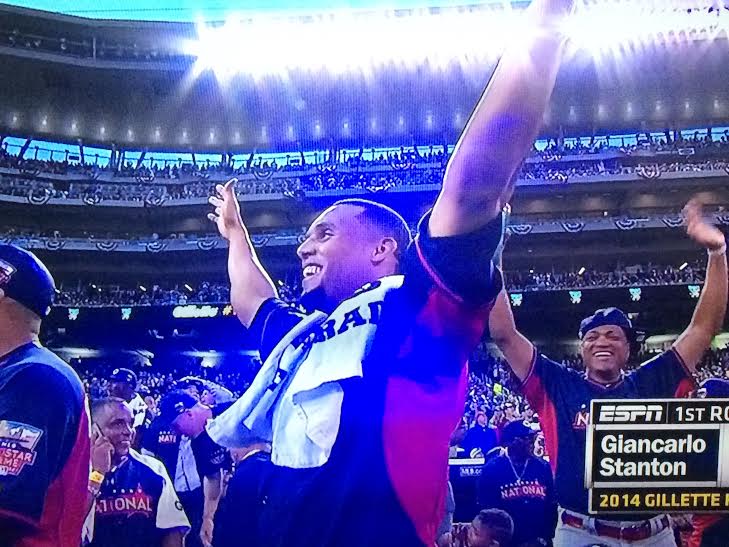 Carlos Gomez had a religious experience. 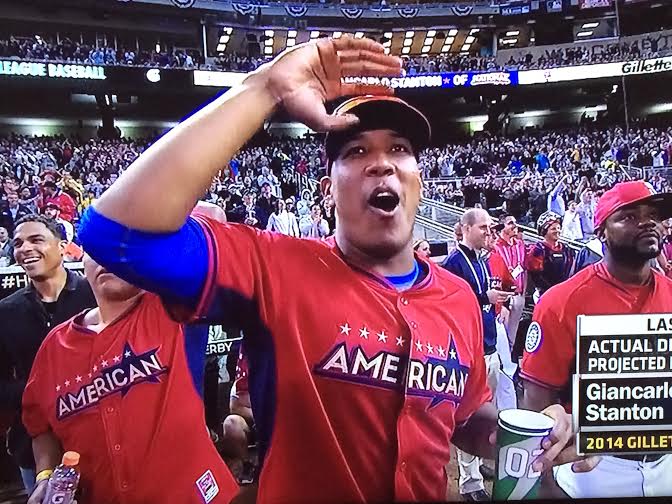 Salvador Perez enjoyed something he doesn’t get to see too often in Kansas City. 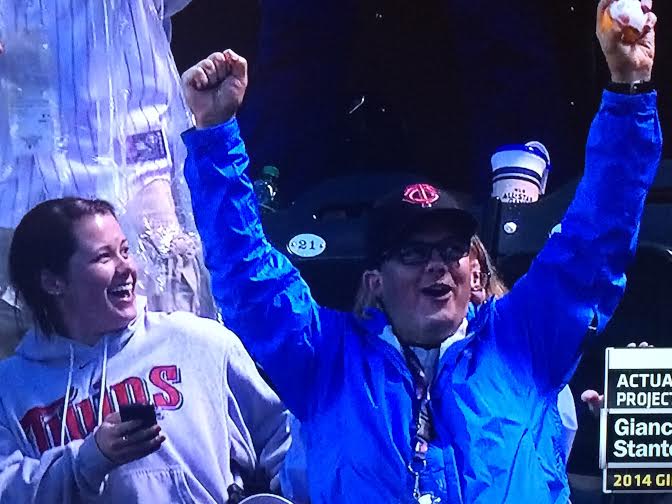 This fan flashed a knowing “THIS BALL IS TOTALLY GETTING ME LAID” look.

One thing that became abundantly clear after Stanton’s epic showing: The derby needs one fewer round. The quarterfinals were mostly a drag without Stanton and Toronto slugger Jose Bautista, who earned byes after posting the best first-round performances but seemed to have lost their momentum by the time the semis rolled around. Stanton posted a Puig-esque goose egg, while Joey Bats lost to reigning champ Yoenis Cespedes. However, we did get to see an absolutely gorgeous rainbow, which evened things out a bit.

The final round pitted Frazier against Cespedes. Frazier won the coin toss and allowed the A’s outfielder to go first, which was a terrible, terrible mistake.

There’s no way to effectively respond to a round like the nine-homer effort Cespedes delivered, and Frazier didn’t even really try, posting one measly long ball. While Cespedes became the first back-to-back derby winner since Ken Griffey Jr., Frazier will apparently have to continue paying for his razors like the rest of us.

Nothing says “derby legend” like a complimentary shaving kit.