The 2014 Miami Marlins: The Dog That Didn’t Bark 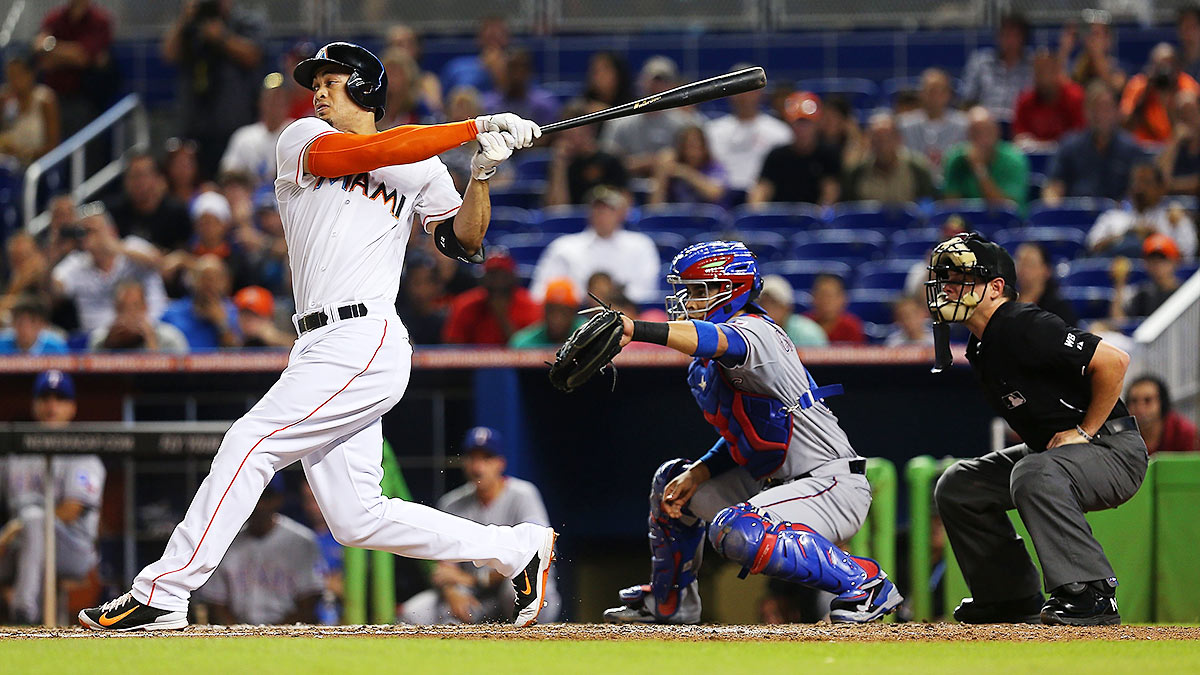 The 2014 season didn’t have to be a moral victory for the Miami Marlins. To a certain extent, it still doesn’t: The Marlins have quietly gone 19-12 since the All-Star break and sit 2.5 games out of the second NL wild-card spot. Making up that much ground, and climbing over three teams to do so, is a big ask. The Marlins’ playoff odds rest in the high single digits, reflecting the paradox of being a near-.500 team at this point in the season: Miami could make up its wild-card deficit in a weekend, or not make it up at all.

Even when the Marlins were on level turf with the Nationals and Braves earlier this season, we expected them to go away eventually. And they have, but only kind of. Miami’s bullpen, composed though it may be of castoffs and no-names, has been outstanding. Nathan Eovaldi hasn’t been the reliable no. 2 starter he was supposed to be, but he’s on pace for about 200 league-average innings, which is a considerable contribution, and given his age (24) and physical gifts, more and better should still be to come. Meanwhile, Marcell Ozuna and Christian Yelich have performed as advertised, Henderson Alvarez has sustained his remarkable success, and a ramshackle infield has yet to sink the team on its own.

And then there’s The Mighty Giancarlo Stanton. No other club that’s even on the periphery of the playoff hunt relies as much on one player as the Marlins do on Stanton, who was already the team’s biggest star entering the season, and has somehow taken as big of a leap as any player in baseball. Stanton has been the top power threat in the game for a few years, but this season he’s turned into one of the game’s best all-around players. In addition to leading the National League in home runs, RBIs, walks, and total bases, he’s 10-for-11 in stolen base attempts and has played above-average defense in right field. Baseball-Reference rates him as being 4.4 wins above average this year; all other Marlins batters combined are 5.6 wins below average.

The Marlins have, in some respects, been quite lucky. In addition to being three games up on their Pythagorean record thanks in part to a 32-18 record in one-run games, a lot of player development breaks have gone their way. Sure, the Marlins got nothing out of erstwhile pitching prospect Jacob Turner, then traded him to the Cubs for almost nothing in return, but only two major outcomes have gone against them. The problem is, they were both important.

The first was outside of their control: Jose Fernandez’s elbow injury. When he’s healthy, Fernandez is one of the best pitchers in the game, possibly second only to Clayton Kershaw. Over two-thirds of a season, the difference between Fernandez and, say, Brad Hand is probably about the 2.5 games between the Marlins and the Giants in the wild-card standings.

The second factor was very much in the Marlins’ control, and it represented a conscious choice not to try to contend this season. The front office has been very deliberately cost-averse, to the detriment of this year’s team. In addition to failing to do anything at the trade deadline to improve an infield that we can charitably describe as “low-ceiling,” the Marlins made two curious decisions around the draft. The first was trading a competitive balance pick to Pittsburgh for reliever Bryan Morris. While Morris has pitched well since the trade, this is the first time in his major league career that he’s done so, and if the Marlins were hard-up for a middle reliever who could contribute, they could’ve used that pick on one of two fast-rising college relievers (Louisville’s Nick Burdi and Mississippi State’s Jacob Lindgren) who were still on the board at no. 39 and who would likely have been more effective and cheaper than Morris in the long run.

Even if Burdi or Lindgren wasn’t Miami’s cup of tea, the team could have used the bonus money associated with that draft slot1 to help justify a different choice much higher in the draft, at no. 2 overall. But instead of taking NC State’s Carlos Rodon, another tanklike 21-year-old Cuban American with a lethal breaking ball to pair alongside Fernandez in future seasons, the Marlins drafted Tyler Kolek, a massive Texas prep righty with huge upside and a much longer lead time. Rodon went to Chicago at no. 3 and has already reached Triple-A; he’s on a short track to the majors, and the White Sox seem to want Rodon to beat Philadelphia’s Aaron Nola to the majors the way America wanted to beat the Soviets to the moon.

A great many things needed to go right for Miami to even be close enough for a pennywise, pound-foolish front office to handicap a playoff challenge this year, so it’s not entirely fair to judge. Even so, this team isn’t a bottom-feeding long-term rebuilder anymore. The Marlins are going to make the playoffs soon, and it’s still possible they could sneak in this year. If a couple of things had gone differently, they could have come even closer than that.