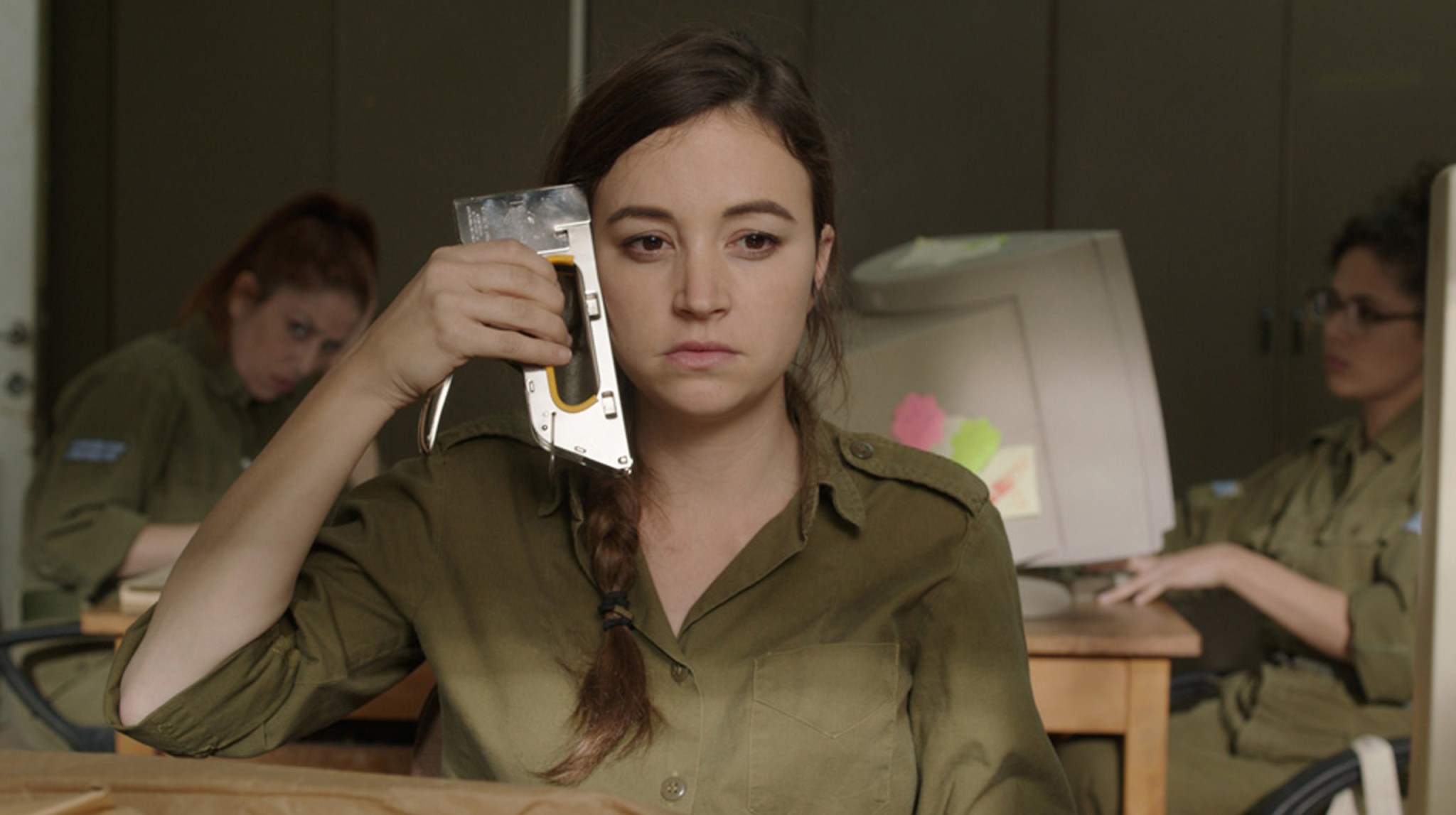 “In the U.S. they ask if it’s really like this,” the Israeli director Talya Lavie says of the Army comedy Zero Motivation, her gem of a debut film, which won Best Narrative Feature at this year’s Tribeca Film Festival and opens in America this week. “In Israel, they recognize it.”

The “it” isn’t boot camp, or combat, or, in fact, actual military action of any kind. The “it” is the mind-numbing tedium of office life that’s been the awkward reality for many Israeli women, including Lavie herself, during their mandatory two-year Army service. Set on a sleepy Army base in the southern tip of the country in the early 2000s, when literal paperwork was still the norm, Zero Motivation tells three interconnected stories of office clerks chafing under, rebelling against, and cracking from the mundanity of their daily lives. It’s a touch surreal and deeply dark: There are near-rapes, grisly suicides, total mental collapses. It’s also quite possibly — between its sputtering commanders and bureaucratic ineptitude and deadpan-realistic staple-gun shootouts — one of the funniest movies you’ll see this year.

For those used to only seeing the word “Israel” in newspaper headlines, it’s perhaps tricky to parse this kind of product. As Zero Motivation comes to the U.S., the dominant news out of its home country is the sectarian street violence that has exploded in Jerusalem over the last few weeks. When I sat down with Lavie, it was summertime, and I was in Israel on an unrelated reporting trip. As we spoke over coffee in the elegant and serene Tel Aviv pocket-neighborhood of Neve Tzedek, Israel was still at war with Hamas in the Gaza Strip, roughly 50 miles away.

Here’s the thing, though: In that country, daily life is dominated by talk of the news, but at a painful remove. And so in this movie, within the combination of powerless characters in fatigues and a subject matter completely averse to the stuff on the international front pages, there’s something resoundingly accurate. The specific hopelessness of these characters pervades in general.

Which means, counterintuitively, that being a rare apolitical Israeli movie to gain traction internationally is what makes Lavie’s movie particularly worthwhile for outsiders. That is, if they take the time to watch. “I know that Americans don’t like to watch films with subtitles?” Lavie asked at one point, with complete, respectful sincerity. “I really hope they make this effort.”

After graduating from Sam Spiegel Film & Television School in Jerusalem, Lavie, now 35 years old, bounced around: teaching, editing films, writing for local TV. She also made her own shorts, including Sliding Flora, a joyfully odd sketch of a waitress who can’t quite hack it in a café where the servers have to groove down giant slides sprouting out of the head of a monster, and The Substitute, which would eventually grow into Zero Motivation.

A completed (and translated) screenplay for Zero Motivation got Lavie into Sundance Institute’s Screenwriters Lab, where she spent a month working out scenes with advisers and professional actors, including Maeby Fünke herself, Alia Shawkat. “She was so charming and talented,” Lavie says. “I told her if she was Israeli, I would have taken her [for the cast]. She looks Israeli!”

The experience was “like a dream,” and set her on her way. But there was so much more to do: More than 300 girls would eventually be auditioned for the film; funding would have to be patched together from Israeli funds, Sundance grants, and German and French production companies. It was four years after the script was finished that Lavie was finally ready to shoot. “If making a movie is a marathon,” she explains, “[Sundance] was like someone giving you a cup of water in the middle.”

Now, after all of that hard work, comes the fun stuff: Zero Motivation has been a box office success in Israel and has won a slew of Ophirs, the Israeli Oscars. “I’m thrilled with how people are emotionally engaged with it,” Lavie says. “I figured it would be funny, and also sad. But I’m surprised by how much people write me that they see themselves in the movie.”

Lavie considers her movie a thoroughly Israeli, thoroughly p’nimi — internal — story. And it is. But far outweighing the difficulties of, say, understanding obscure Army jargon is the fucked-up appeal of our weird heroes. Daffi (Nelly Tagar) is almost proudly hapless, but also persistently, endlessly conniving. Zohar (Dana Ivgy) is cold and mean, but also misses her best friend and sweetly romances dudes she happens to find at the end of the barrel of her gun. All around them are more characters who are flawed and tough and lovable.

That those characters are women hasn’t gone unnoticed, nor should it be. At Tribeca, Lavie also won the Nora Ephron Prize, which is given to female directors; a bit more awkwardly, the marketing material of Zero Motivation says Lavie is “touted by some as Israel’s answer to Lena Dunham.” Without belaboring anything too much, it seems fair at least to say it was a very good thing that it was this woman who made this movie.

Zero Motivation opens first in New York, then will roll into more and more markets throughout the country. Lavie will be with it at times, popping up for theater Q&As and various press obligations. Like a lot of Israeli kids, she credits her English fluency in large part to American TV and movies. “I’d love to go to Colorado,” she says. “This is where South Park [is]?” But she also never made her movie with an eye to this side of the Atlantic. “If you want to make a film, you make it with a purpose,” she says. “To make it the reason that it will be shown in the USA? I don’t think it can be a goal of a real artwork.”

At one point in the conversation I bring up the inevitable questions Lavie will face, from interviewers and audiences and whoever else, about Israel. At the time, the issue in question was the war in Gaza. But since then, fresh events have unfolded at a rate that is dizzyingly fast even for the Middle East. The latest: synagogue killings, schoolyard arson from right-wing extremists, and the ever-more polarizing so-called “Jewish state” bill.

Are you concerned with how they’ll perceive you as a filmmaker because of where you’re from? Are you interested in how they see Israel?

“I don’t watch the foreign news,” she says. “I don’t know how it’s shown over there. All I can say is, I really want the war to end. We’re all in such great pain in the last days. We are experiencing tremendous pain and confusion. I wish Israel would be quiet and peaceful and not appear in the American news. That’s the dream of all of us. Not to be in the news.”

“It doesn’t matter,” she goes on, lost a tiny bit in her own thoughts, circling through them, perhaps figuring out how she really feels as she talks. “I did make a movie that happens in my country. Everything is connected always.” She stops and starts. “I don’t know. I can represent yourself and what you think and what you feel, and what people around you feel. But I cannot represent a country. Can you?”