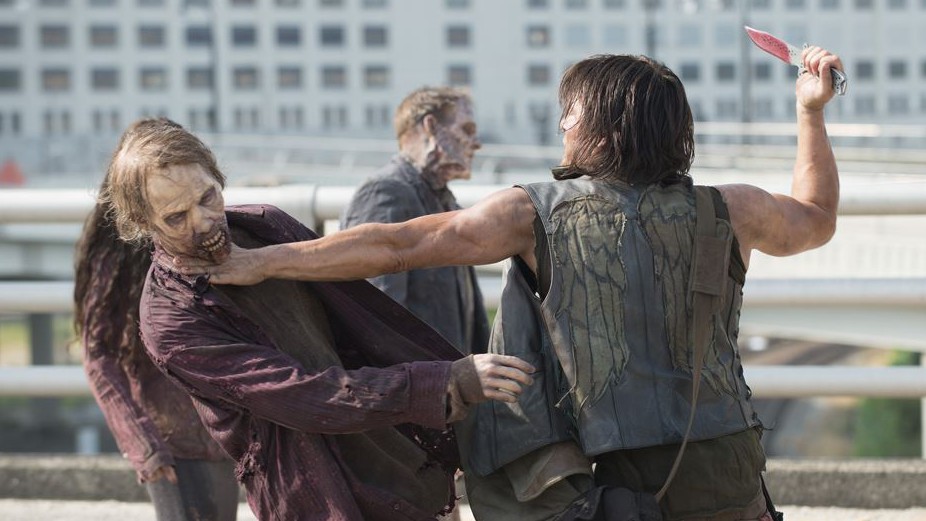 The Walking Dead went into its winter hiatus not with a whimper, but with a bang. A gut-wrenching, Beth-eradicating bang that mercilessly hit pause on this resurgent fifth year at its most powerful and unexpected moment. But as we all process that sudden, shocking loss (are you still crying? You are? Wipe off your face and get over it. Grief is weakness — has this show taught you nothing?), this seems like an opportune time to pause and reflect on these eight episodes, from Terminus to exit wound, in the sacred manner handed down by our forefathers, before the walkers burst through the doors of their beautiful gala’s ballroom and treated the weakest nominees like a well-stocked buffet. These are your Walking Dead midseason awards. 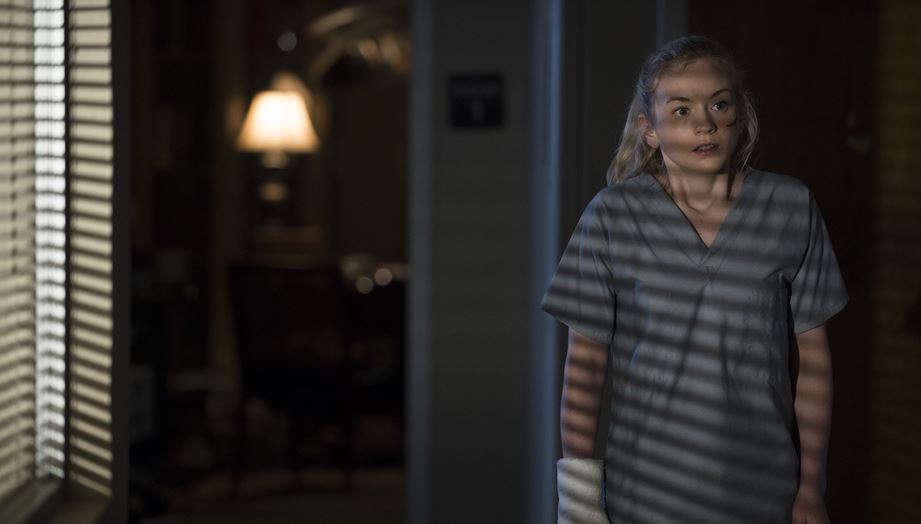 Yes, we know what we just said about grief — sorry, Tyreese, sometimes these feelings linger right up until the point a biter hiding under a rusty hearse takes a chunk out of your Achilles tendon — but Beth’s still at the front of our minds, so let’s get her out of the way. Four episodes! Four! Come on. We hardly got to re-know poor Beth (honestly, we’d completely forgotten about her until she showed up at Grady Memorial) before she was so cruelly taken from us. Again. Why even bother having her navigate the ad hoc power structure of that creepy hospital only to wind up with the top of her head blown off in a botched hostage exchange? 1 Was kicking that abusive cop O’Donnell down the corpse-disposal shaft, where he will be torn apart by the churning mass of rotters waiting for their next commissary meal, all for naught? They could have at least let her live until February and built up some more fan equity; with such a brief return, Beth could just as easily have been disposed of in classic Walking Dead fashion: by stumbling across her barely recognizable reanimated body in the woods somewhere — pinned beneath a fallen tree? They love that move — wearing some kind of identifying item, like a conveniently personalized backpack or a Greene family photo stapled to her eyebrow. Then somebody shrugs — “Shit, I guess we found Beth?” — Maggie cries it out, Daryl and Carol hug her, and the gang unceremoniously trudges on to the next insecure location with one less mouth to feed. Nice and clean.

Premature exit or not, Beth has no one to blame but herself for her abrupt transition to the Talking Dead couch — everyone knows that if you’re trying to kill somebody with scissors hidden in your cast, you aim for the jugular. You go through the chest, those flimsy blades are going to jut harmlessly out of the breast bone, allowing your aggrieved intended victim plenty of time to put a bullet in the bottom of your chin. Them’s the breaks if you don’t execute properly. Sorry.

Daryl didn’t need to stand around and deliberate about how to resolve the hostage standoff. He is a man of action. He acted. Dawn died. We cheered, jumped up, maybe spilled a bowl of Kettle Chips on the floor. We are horrible people, desensitized to loss by prolonged exposure to a ruined world in which undeath is a single bite mark away, demanding to periodically gorge on a blood sacrifice. They gave us two fresh bodies before they packed up camp for a couple of months. We guess we’ve fed enough to make it through the winter.

Most Satisfying, Somewhat More Slowly Delivered Revenge for the Consumption of a Friend’s Body Part

Remember when Rick and the crew lured Team Terminus into the church and then got to slaughterin’? Hoo boy, those were some good cannibal-dismembering times. Ain’t no party like a berserker ambush party that further desecrates the despoiled house of God. On the other hand, if God really cared about our survivors, He would have taken Carl a long time ago. This will definitely not be the last time we take a cheap shot at Carl today.

Best Hospital Cop Doing Everything She Can to Keep It Together, Come On, Guys, This Situation Is Really Hard, OK? 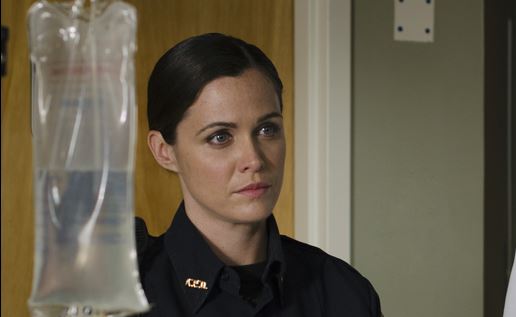 Say what you will about Dawn’s management and leadership skills, she was doing the best she could in some very trying circumstances. She just wanted to help people, to give them a safe place to live. Sometimes you have to scramble some cop-eggs to make a sanctuary-omelette.

Honorable mention: Officer Lamson, for that great story about his zombified friend melting on the pavement that tricked Sasha into nearly getting herself killed.

Shout-out to Bob’s leg. Tasty, tasty. What? Gareth should know, he set up an entire community around a shared obsession with the perfection of human cuisine. You’re going to trust Gareth’s Chowhound post about how to most succulently prepare a below-the-knee cut. He knows his craft. And he’s worked hard at it, because you’re either the butcher or the guy tied up by the campfire, waking up to realize everybody’s going on and on about how your calf meat just drips right off the bone.

We still miss that guy. (Gareth. Whatever with Bob. Boo-hoo, they ate your scrumptious leg. Sack up and hobble back to dignity-town.)

Best Hair on a False Messiah

In a huge, huge upset: Rick Grimes! Look at how he maintains his style without regular access to a boutique-quality pomade. That’s not easy. 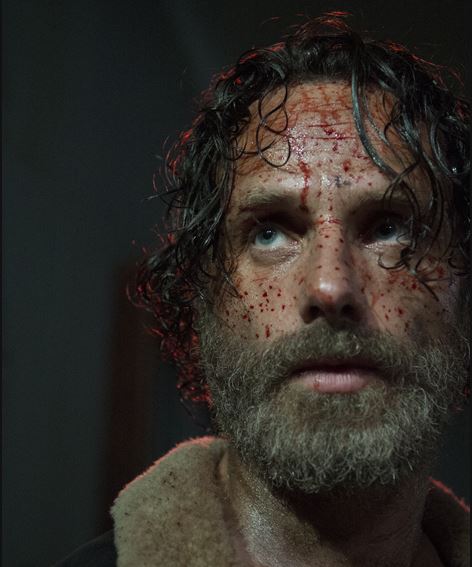 Just kidding. Of course it’s Eugene! You don’t bring a greasy knife to a mullet fight. 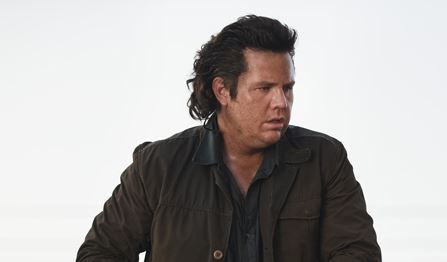 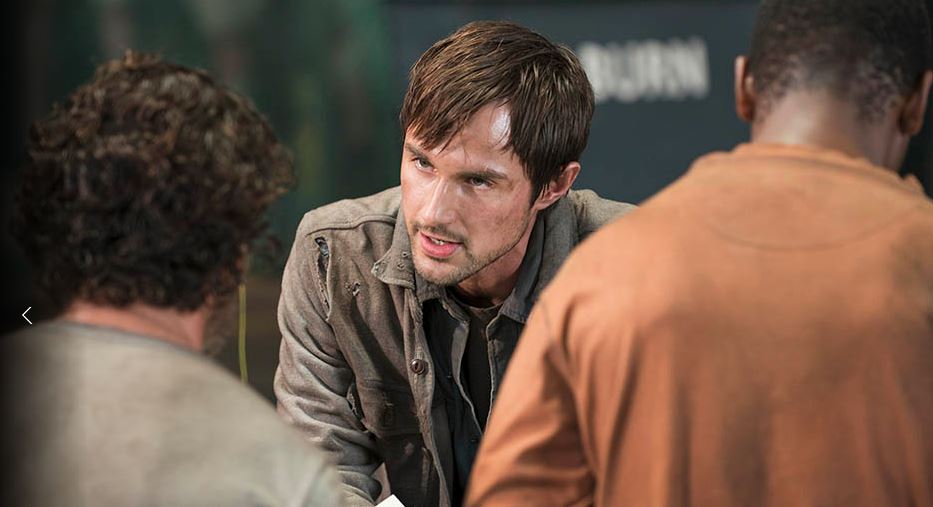 Look, your sexual options are pretty limited in the postapocalyptic dating world. We’re not going to judge Rosita for settling for Abraham, even as we recognize she could certainly do a lot better if she were a little more patient in her mate selection; you gotta dance with the gullible, dead-eyed goliath that brung ya. Good on those two for finding some temporary manner of comfort in each other’s bodies. No one’s interested in what Glen and Maggie are up to, carnally. Boring. And Daryl and Carol are letting their passion simmer like a squirrel on a spit. When they finally get down to it, it’s going to be explosive yet tender. But we’re not there yet. Abe and Rose are all we’ve got. All we can do is skulk among the bookshelves and take in the free show.

In a huge, huge upset: Rick Grimes! He hasn’t  had a healthy outlet since Lori died. Let him have this.

Just kidding. Of course it’s Eugene! And he has thought through all the angles: It’s not peeping, it’s “appreciating the female form” and a “victimless crime that provides both comfort and distraction.” Sold. And his pals know he catches an eyeful on occasion. They’re OK with it. Better Weird Ol’ Gene with his Tennessee top hat lurking in the shadows than a ravenous biter with an eternal erection waiting to make its move.

Most Useless Coward in a Priest’s Collar 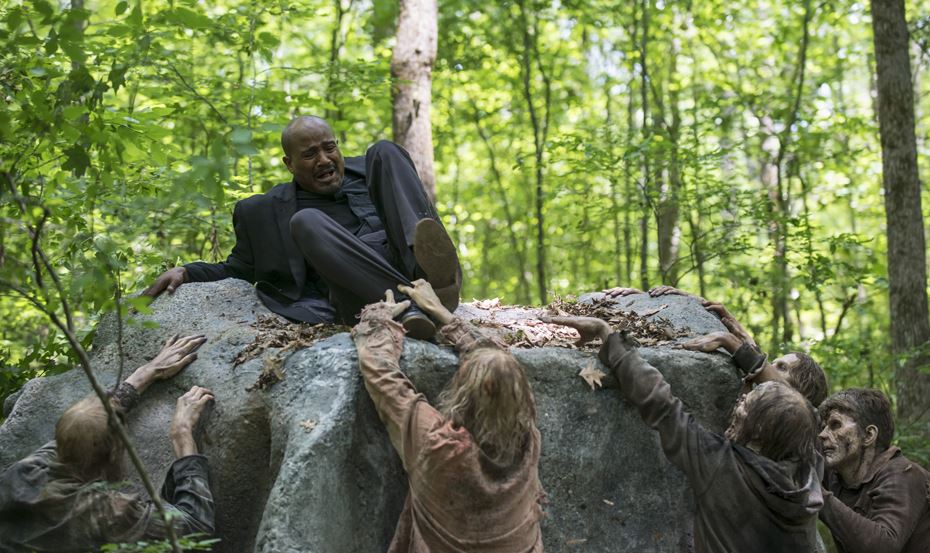 Step right up, Father Gabriel. Or rather: Barricade yourself inside a church and wait for the wretched lambs of your onetime flock to eat each other. Everything will sort itself out so you don’t ever have to learn to use a weapon, like those children in the prison day care.

Most Inexplicable and Maddening Continuing Survival 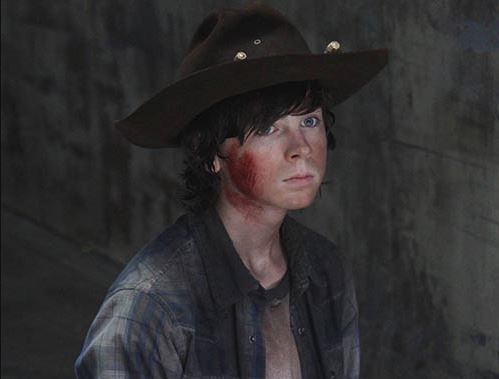 We warned you that we were going to pick on Carl again. How is he still alive? Even within the world of the show, there’s an impassioned fan campaign to get rid of him; Daryl’s secretly writing letters to Rick begging him to take back his cop hat, tell the kid they’re all embarking on an incredibly dangerous mission to the cigarette store, and let nature take its burden-eliminating course. He’ll still have a whole other, much cuter child left! Rick can only ignore the KILL OFF CARL graffiti scribbled on the side of every crumbling highway overpass for so long before he succumbs to the pressure to hand the brat an empty gun and a can of creamed spinach, then wish him a tearful best of luck guarding this very important half-eaten deer until the group returns. If you really need to sell it, leave Father Gabriel with him as cover. Carl’s not the sharpest machete in the satchel — he won’t see the abandonment train thundering down the tracks toward him, he’ll continue picking the flowers growing up between the rail ties.

Carl’s time has come. Let’s do this.

(Carl is going to be with us forever.)

Rick Grimes, muttering “Shut up” as he dispassionately put down a babbling, crippled Officer Lamson, whom he’d just run over with a police cruiser. Cold. There’s high reusuability here; now that Rick is offing breathers (let’s start calling the living “breathers”) on the regular, there will be many opportunities to vary the delivery. “Shut up” could also become “Hush now,” “Shhhh,” or “Story time’s over, Carl,” when he wants to return to the pitch-dark murder place that allowed him to abandon his worthless son. 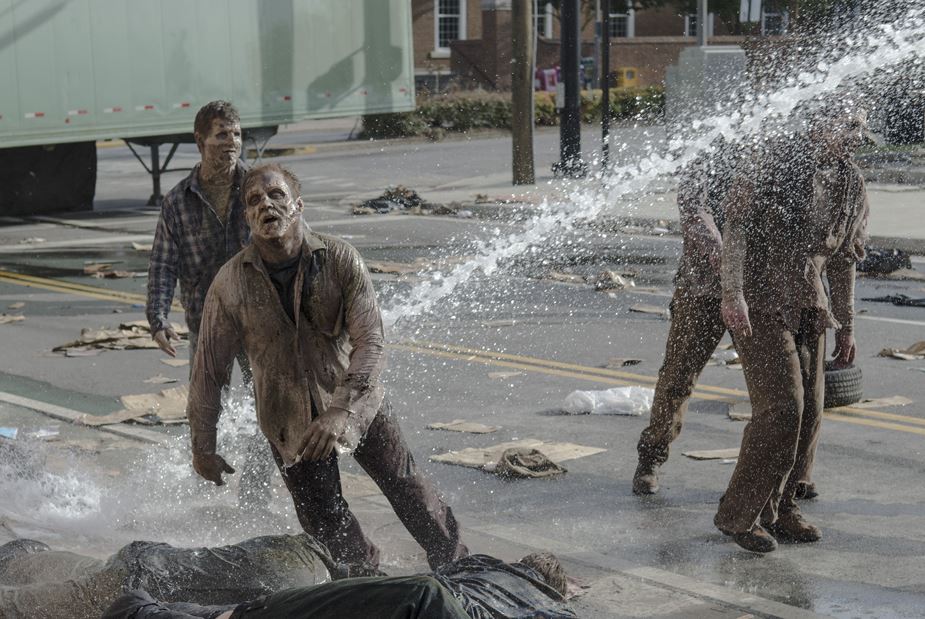 The fire truck. How fun is the fire truck? The most fun, that’s how fun. Everyone should get a turn hydro-slicing some walkers in half with the water cannon. Screw precious, life-sustaining resources, these zombies need a good soaking.

Carl would have loved that fire truck. It’s too bad about Carl. Carl  was so sure he would be good at guarding that dead deer, even after Father Gabriel ran away, and make his daddy proud. Carl never saw the walker that nipped his ankle coming.

‘The Walking Dead’: A Remarkable Resurrection, an Underwhelming Midseason Finale