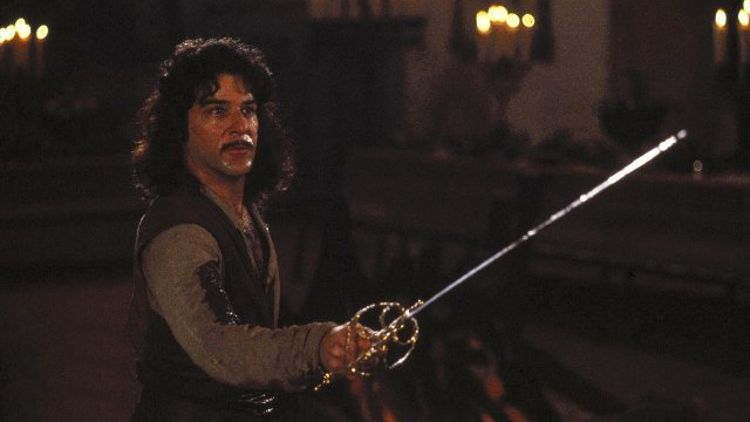 The pop culture world is all about payback this week, with Liam Neeson returning to the big screen to exact all sorts of bloody Eurocentric revenge in Taken 2 (if you’re not excited for this film, don’t worry, Samuel L. Jackson’s enthusiasm is enough for all of us) and Emily Thorne continuing to make the 1 percent suffer on the second season of ABC’s Revenge. With the exception of matters pertaining to soup rivalries and questionable film sequels, we here at Grantland consider ourselves pacifists, but perhaps that’s why we enjoy watching bad things happen to bad people in the relative safety of film and television, where the blood is fake and the eyeballs replaceable.

The Last of the Mohicans

Chris Ryan: Warning: If you are easily disturbed by colonial soldiers having their hearts removed with a knife while being told their entire families are going to be wiped from the earth by the very same person who is removing their hearts, you might want to just go ahead and skip this scene. It’s been a little while since I’ve read James Fenimore Cooper’s Last of the Mohicans (and when I say “a little while,” I mean I have not read James Fenimore Cooper’s The Last of the Mohicans), but based on Michael Mann’s still-sumptuous film adaptation of the American classic, I’d say that Magua, the “villain” of the tale, certainly has some decent motivation to get down like this. Munro, the guy receiving some 18th-century open-heart surgery in the above clip, was responsible for the death of Magua’s family and the destruction of his village. So this is basically an act of paying it forward. Except by “paying it forward,” I mean cutting a guy’s heart out and showing it to him and telling him he’s going to kill his daughters. Who’s really the villain?

Emily Yoshida: Sometimes I think that I basically exist in one of two states: watching Cruel Intentions or not watching Cruel Intentions. When I’m not watching Cruel Intentions, sometimes I go back to thinking that my love of this film is kind of a put-on, a fun thing to joke about and quote (“I’m the Marcia Fucking Brady of the Upper East Side, and sometimes I want to kill myself,” etc.) but by no means the love of a “true” “cineaste.” But when I am watching Cruel Intentions, and I get to the final scene, in which Sarah Michelle Gellar’s über-bitch Kathryn Merteuil gets her slow-motion comeuppance to the tune of The Verve’s iconically angsty “Bitter Sweet Symphony” and a hundred freckly ginger prepsters solemnly shake their heads in disapproval, I can’t help but recognize this movie for what it is: a near-flawless master class of high school melodrama. I never fail to break into uncontrollable giggles at 2:55, but it’s never ironic — I’m just so happy to be watching SMG ugly-cry after the headmaster dumps the contents of her cocaine crucifix on the steps of Manchester Prep. All movies should end with this scene.

Megan Creydt: Side note: Did you know Doc Holliday was a DENTIST?

Katie Baker: There are so many great revenge-fueled fights in Kill Bill that it was tough deciding which one to pick, but I like this one between Beatrix Kiddo and Elle Driver in particular because (a) it’s so badass, (b) I love the little human moments that crop up mid-fight, like Elle’s “Gross!,” and (c) there are so many layers of revenge here, to the point where Elle Driver losing an eye but getting the last laugh isn’t even the main one. (You can also kind of sense the ghost of Budd loitering around this scene, trying to decide which bitch he hates more.) Note that if you have a crippling aversion to eyeballs, like I do, you’ll probably want to stop this at like the 5:35 mark.

Sean Fennessey: Without the Shaw Brothers’ 1972 Five Fingers of Death — if not the best martial arts movie ever made, then almost certainly the most influential — we probably would not have gotten to know Bruce Lee, or Jackie Chan, or (heaven help us) Jean-Claude Van Damme. Five Fingers was the first movie of its kind to score with American audiences, a classic revenge tale told with trampoline dropkicks, crushed hand boards, glorious training montages, and fantastically extracted eyeballs. The above clip is the film’s final showdown — spoiler alert: The guy with the burning orange hands kills everyone. When those hands begin to tingle, you may recognize the soundtrack: It’s Quincy Jones’s hypnotizing, Hermann-esque title score for Ironside. You probably have no idea what Ironside is. (It’s pretty cool — Raymond Burr plays a police detective confined to a wheelchair after he’s struck by a sniper’s bullet. Ran on NBC for eight years. Think Columbo meets Born on the Fourth of July.) Anyway! You will probably recognize the opening 20 seconds of that score from Quentin Tarantino’s Kill Bill; when Beatrix Kiddo recalls the beating and betrayal she suffered at the hands of Bill’s gang, she hears the same orchestral snippet. Of course, Tarantino, our most flagrantly referential storyteller, lifted those notes from Five Fingers, along with several visual cues, characters, and a basic arc. Tarantino’s the greatest, but be wary of his direct influences. Once you’ve seen them, you may think less of him. (Here’s looking at you, Django.)

Mark Lisanti: It’s way too easy to settle a score by killing someone. That’s revenge for dilettantes. A real man, nay, a real genius, hijacks a military satellite using his misappropriated cold-laser technology and uses it to fill his nemesis’s house with 4 billion Jiffy Popped kernels’ worth of piping-hot Redenbacherian vengeance.

Tara Ariano: There’s a very good reason not to fool around with a girl who your roommate has a crush on (or, if you’re British, “fancies”): While you’re out, he might learn of your betrayal and get back at you with meat.

Tess Lynch:
Who can turn the world on with her eyes?
Who can take a nothing prom, and suddenly make it so everyone dies?
Well it’s Carrie and she should know it,
Can’t toss a ball but her telekinesis can throw it.
Revenge is all around, no need to waste it.
Pig’s blood for a pig, the crown you take it.
You’re going to get them after all!

How will you make it on your own?
Your mom’s old attic is awful small, when you menstruate she makes you atone.
But it’s time that you started living,
Even from beyond you were unforgiving.
Flaunt those dirty pillows in your casket,
You sent your date to hell in a handbasket —
You’re going to get them after all!

[Music abruptly stops, blood pours into MTM’s hat from a bucket in the rafters.]

Now back to counting the days until the Carrie remake comes out, with Julianne Moore as Mommy Praysalot.

Rembert Browne: After being repeatedly taken advantage of, brainwashed, and manipulated, Derek Zoolander finally gets the upper hand on Mugatu, proving not only that Mugatu is an evil man soon to be charged with attempted murder, but that Blue Steel, Ferrari, Le Tigre, and (most importantly) Magnum are not the same look. Never forget.

Charles P. Pierce: Moby Dick is all about revenge. Herman Melville is said to have exclaimed, in the middle of writing the book, “Get me a volcano for an inkwell!” There’s Ahab’s vengeance against the whale, and the whale’s ultimate vengeance against the entire crew of the Pequod, except for Ishmael, who alone is escaped to tell thee. Anyway, you can’t get a better expression of pure vengeance than, “From hell’s heart, I stab at thee; for hate’s sake, I spit my last breath at thee!” And it even worked when Khan spit it at Jim Kirk in Star Trek II.

Molly Lambert: I love when movies are just fantasy team-ups of actors I’d like to see together. In Changing Lanes, Ben Affleck is a yuppie from hell and Samuel L. Jackson is a mild-mannered guy who wears a bucket hat and glasses. Mild-mannered, that is, until he is PUSHED TOO FAR. This scene has another great Samuel L. Jackson rant for the canon. The movie itself is a goof, directed by the guy who made Notting Hill and centering on a mysterious file of which there is apparently only one copy in the world. It’s all played very seriously despite the silliness at every turn. It’s perfect if you love psychological thrillers with scenes set in expensive-looking corporate offices. And according to IMDb, “It was actor Samuel L. Jackson’s choice for his character to wear a purple hat.”

Dan Silver: This is as good of a 90 seconds as has ever been constructed on film. A perfect confluence of direction, writing, cinematography, editing, music, and performance combined to create one of those rare cinema moments that is as fulfilling for the character onscreen as it is for the audience. And one that has not lost its impact in the 25 years since The Princess Bride was first released. A film like The Princess Bride comes along once in every NEVER; it’s matchless. I can’t think of another movie that is as endearing and hilarious where its underlying themes are jealousy, murder, war, and revenge. (And FYI … that’s Saul from Homeland stabbing Nigel Tufnel and the director of Best in Show in the stomach.)